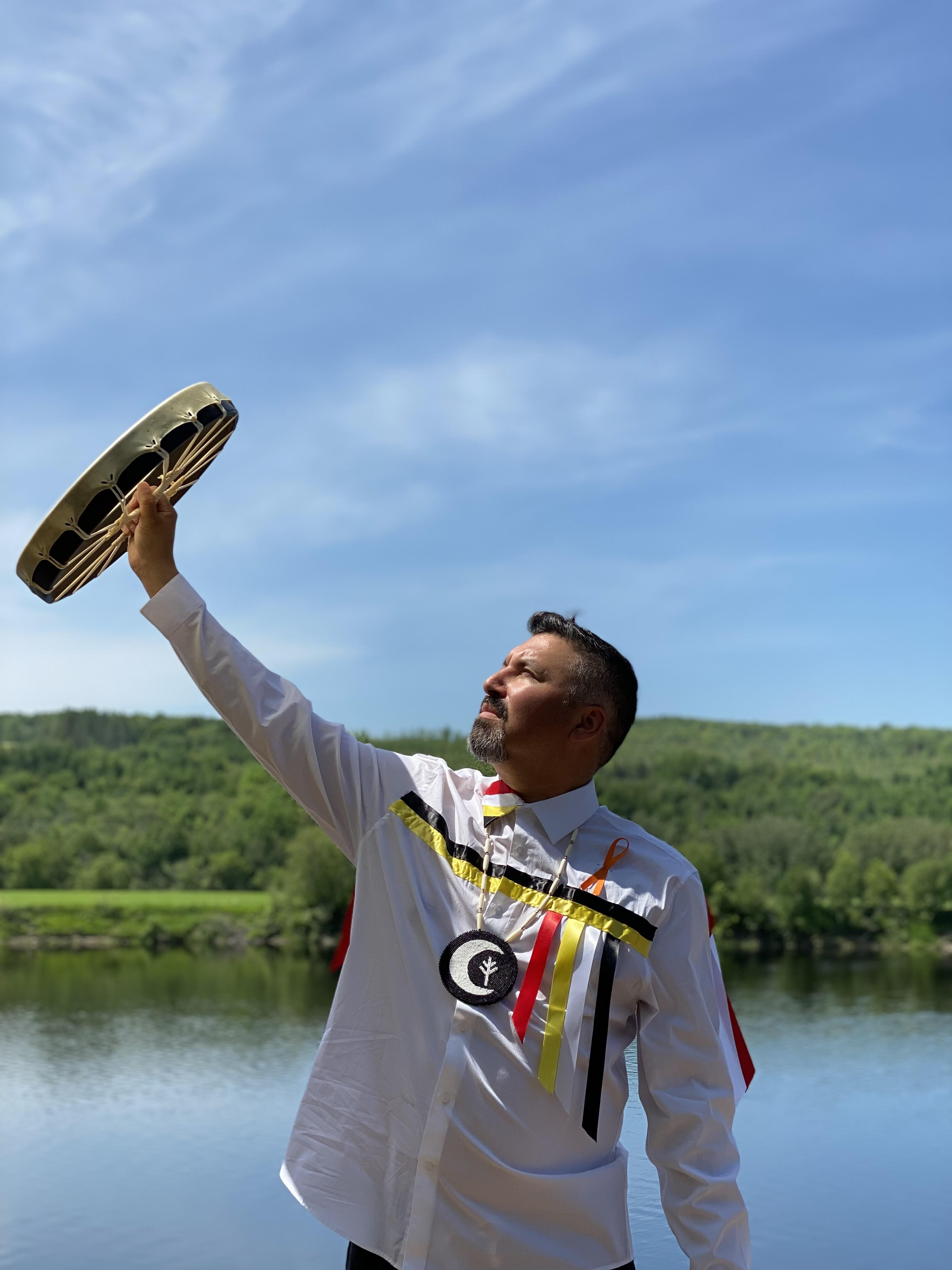 Multi-award-nominated New Brunswick-based Indigenous singer/songwriter Mike Bern pays tribute to those who came before him with the melancholy new single, “Ancestors”.

Hailing from Tobique First Nation, “Ancestors” is a song inspired by a visit Bern made to an Angel Reader — a person who can communicate and receive an angel’s words and visions.

Bern visited while grieving a family passing, and a message was received; it was a call to action to use the power of song to honour those who came before. “Ancestors” is Mike Bern’s dedication to the sacrifices of generations of a family whose shoulders he rests upon.

An ethereal soundscape with lush guitars, anthemic vocals, and catchy synth harmonies, “Ancestors” tells this story of pride while a range of musical influences is complemented by bold lyrics that draw on the strength of Bern’s forbears and the connection to his ancestry.

“There is a difference between you and me
There is ancient blood in my streams
Ancestors told me to say
There will be better days
So sing loud and clear
For all to hear.”

Bern expertly crafted “Ancestors” by arranging traditional folk melodies and sprinkling hints of rock n’ roll to create an auditory patchwork of sonic wonder. Mike Bern’s skills as an instrumentalist/songwriter come from an already impressive music career that has spanned a few projects.

Drawing influence from artists like Frankie Miller, Chris Otepka, and Ben Schneider, Mike Bern had already found success playing in award-winning bands such as Kickin Krotch and District Avenue before going solo. Opening up for bands like Seaway and The Trews, Bern has also found his work on international stages with a music video during his time with District Avenue being featured at the Pyeonchang 2018 Winter Olympics.

The track “First Mother” from his solo debut album WAPONAHKEW climbed to the top spot of the Indigenous Music Countdown right out the gate and has been steadily working with recent nominations for three Native American Music Awards.