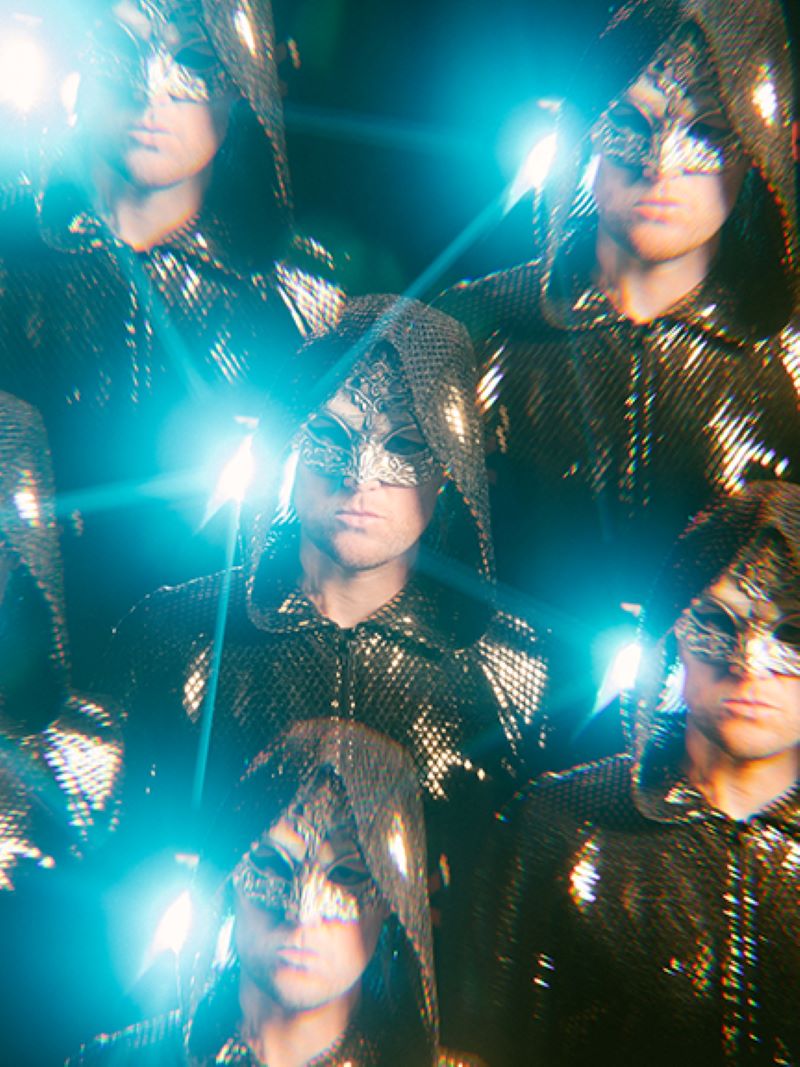 The song itself is an exploration of freedom. It "is both the analogue and the digital subconscious put into sounds, a gentle-minded breakout from mental patterns and their subsequent realities," asserts band member David Reiterer.

A gorgeous synth-heavy ballad that sparks inspiration along with alleviation, the music video then centres around Mr. Mirandola — a man walking across landscapes, dreamscapes, and multiverses in search of a better world.

Though it's hard to say if the journey has turned him into a man whose inner world is too good for the one he's searching for...

The first taste of their upcoming debut album, Götterfunken, “Dreamland” showcases the outfit that is Reiterer alongside Philipp Prückl and an independent system of digital and analogue effects, Lucy.

An A.I. born out of Reiterer and Prückl’s time in the studio tinkering away with music recording software, the group's relationship with one another has grown over the past few months, to the point where it's safe to call Lucy an A.B — artificial band member.

“Lucy's impulses were very special here,” Reiterer and Prückl share. “The glittering synth in the verse is based on an old traditional Viennese melody Lucy was fed with.

“Also, the 4-note-melody before the chorus was Lucy’s idea — just as the sound of the guitars that are very similar to the ones in the ‘Twin Peaks’ theme. Based on this input, we have composed the instrumental for Dreamland.”

“Then, on a starry night during lockdown, I was alone in my apartment and had a colourful drink. I went for a walk and looked at the sky more than where I was headed. So I laid down, directed my body towards the stars, with the instrumental version of dreamland in my headphones...I wrote the lyrics for ‘Dreamland.’"

Inspired by the greats such as Mark Hollis, Kate Bush, Bowie, Empire of the Sun and Wayne Coyne, Reiterer (34), Prückl (32) and Lucy (X732) are meticulous connaisseurs of the classics — along with a ton of more obscure titles that they draw inspiration from. Their passion for large-scale cinemascope staging in their performances is the result of years of intense research into music, spirituality, science, nature and philosophy.

Lucy Dreams creates music in celebration of Mother Earth and for a sustainable future to be paved for all human beings, despite the human race's constant mistreating of Her. With that, they wish for Lucy to act as an ambassador for this message. Selfless in her image and goals, both literally and figuratively; she will act as our guide, with Reiterer and Prückl as her mediators.