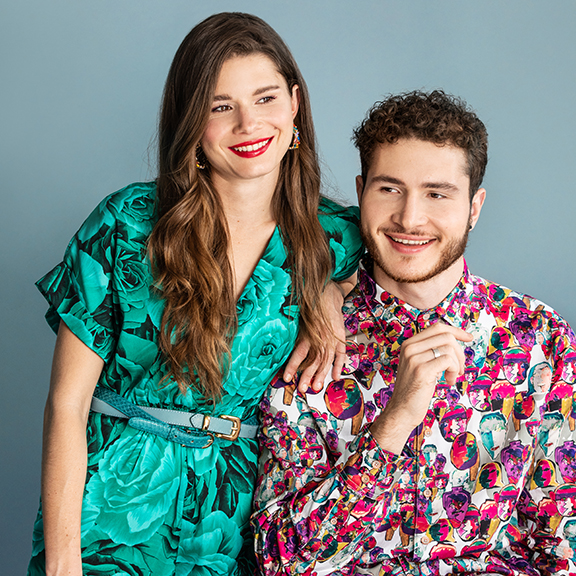 For Canadian brother-sister duo Just Costa, music is just the ticket to their own sonic theme park, and their glistening, feel-good summer anthem “Peachy” lands as top contender for its theme song.

Lighthearted and upbeat, the track mixes pop, R&B and g-funk into a catchy groove start to finish, combining full band and synth-based elements along the way. “The message shines as a pinnacle of positivity,” the sibling set says. “It expresses that every moment can feel like a margarita on the beach.”

This Montreal-based fam-band embodies the term “happy-go-lucky” through and through. That likening of their music to a theme park? That’s their real deal.

"We call it Just Costa Land," quips Jesse Just Costa, who leads the outfit with older sibling Juliana. "It's like this: We want to bring the sense of an amusement park to our music. The excitement, the enthusiasm, the joie de vivre, the willingness to be happy and grateful and positive and live life to the extreme; that's what we're trying to construct."