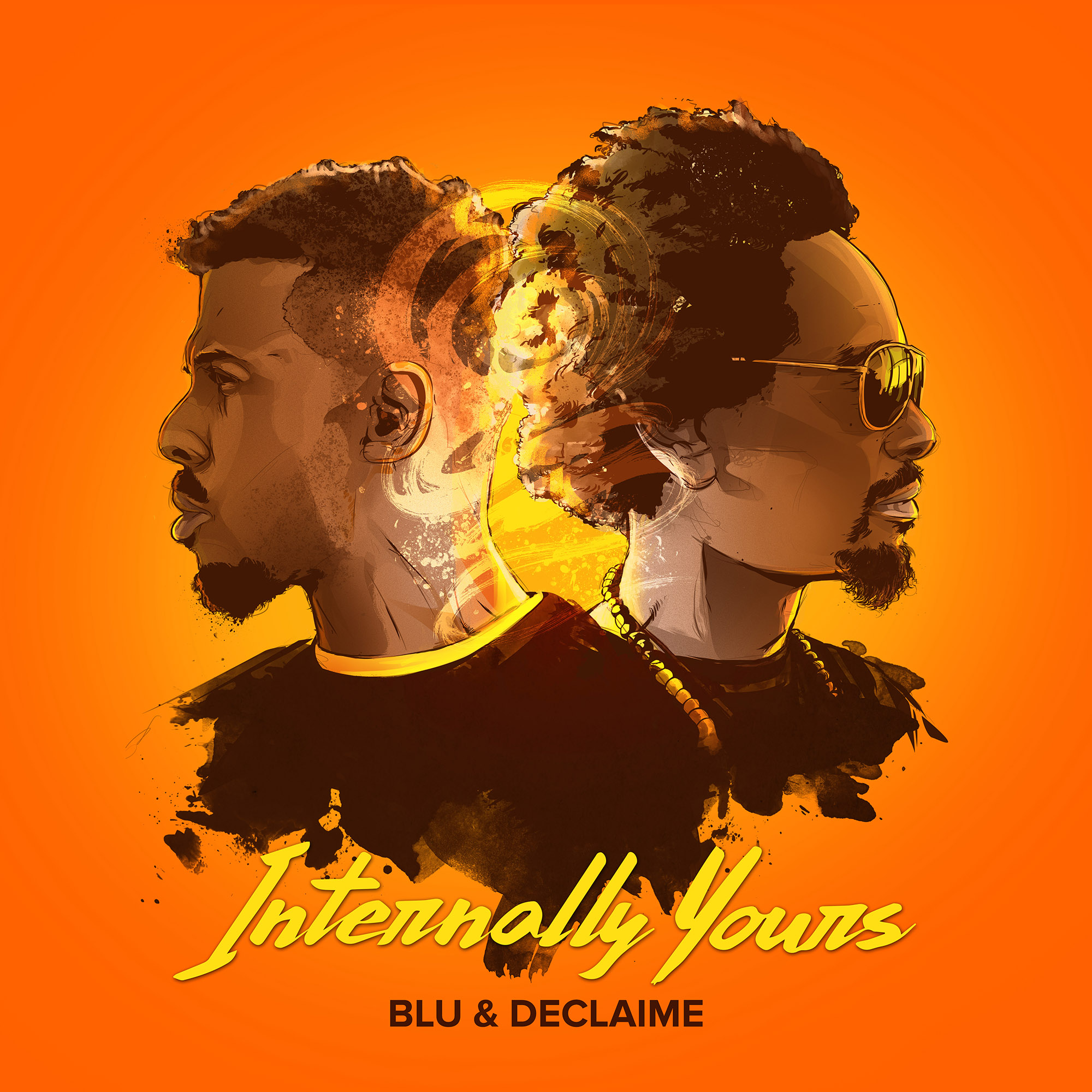 "Internally Yours is about inner truth. I'm talking about all the cats running this world to see that they are just like us,” says Declaime. “Their heart beats just like us. The whole album is about how the media and government, food messing with the kid's heads and their young spirits. Blu's speaking on some truths he had locked inside of him."

Declaime and Georgia will be going on tour in September. Stay tuned for updates on the cities they’ll perform in this fall.

Declaime (aka Dudley Perkins) started making music with his native Oxnard, California crew consisting of Madlib, Kankick, Wildchild & DJ Romes, when he was originally known as D-Loc in 1992. After serving a term in the Navy, Dudley Perkins returned to the US and began recording with his longtime friend Madlib, appearing on the Alkaholiks album, Coast to Coast, as well as The Lootpacks' debut album, Soundpieces. Described as a mix of Public Enemy, the 'old school' Ice Cube, Snoop Dogg, and KRS-One, Declaime has been instrumental in helping pioneer much of the underground sound of the West Coast, with albums such as the critically acclaimed, Andsoitissaid, Conversations with Dudley, Illmindmuzik, and Astormiscomin.

In 2002, after hearing a demo version of the jazzy number, Flowers, Stones Throw Records founder, Peanut Butter Wolf, asked Declaime to do a singing album entirely produced by Madlib under the moniker of his government name, Dudley Perkins. Dudley and Madlib would go on to record two critically acclaimed albums, Lil’ Light andExpressions (2012 A.U.). In 2009, Declaime started his own label, SomeOthaShip Connect, with his partner, Georgia Anne Muldrow. Declaime has gone on to collaborate with music heavyweights such as Flying Lotus, Hudson Mohawke, Black Milk, and more.

Much of Declaime's influence can be heard in the works of rap's underground elite such as Immortal Technique, and today's superstars like Kendrick Lamar.