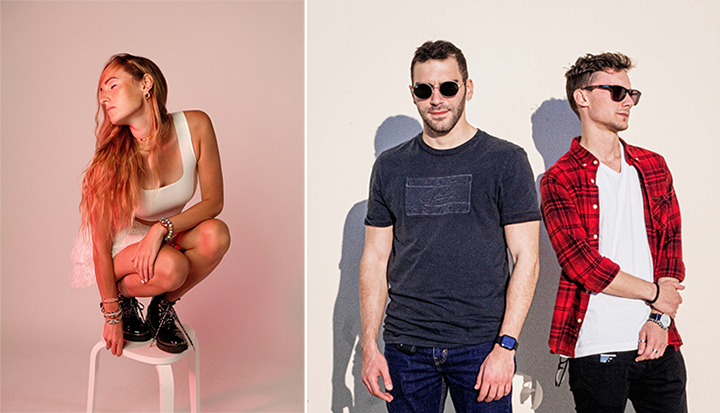 Carrying a thought-provoking and universal message of self-acceptance that crosses all ideological barriers, award-winning Canadian singer/songwriter Julia Shuren has joined WAMI for a new single, “Lost Sometimes” – check it out on YouTube here:

The Belle River, Ontario-born Songwriting Hall of Fame’s 2021 NYU Steinhardt Songwriting Scholar Award winner collaborated with the Italian music duo to craft a song navigating the societal pressures that complicate our lives. As the world becomes increasingly unpredictable, "Lost Sometimes" lands as a positive statement embracing the resilience of the human spirit.

“It’s a reminder to those struggling that it’s okay to feel this way,” Shuren shares.

The lyrics genuinely emphasize a humanistic approach to living instead of comparing the significance of our achievements to others; its liberating lyrics mesh with the warmth of its musicality.

A slight departure from the EDM style typically associated with WAMI, the track’s robust audio production gives the listener a sense of something new and simultaneously familiar. Layered pianos and saxophone embellishments construct a more acoustic song execution to the typical R&B ballad.

The beautifully shot music video accompanies the comforting harmonies of “Lost Sometimes” with potent optimism in every frame. Visual narrative themes of finding happiness and overcoming adversity are embedded throughout the entire video — a testament to the judgment-free nature of the message.

While this isn’t the first time WAMI and Julia Shuren have collaborated, “Lost Sometimes” is another indication of the creative alignment between these artists, regardless of genre.

WAMI is the brainchild of Italian artists Lorenzo Ghelli and Federico Naso, who began collaborating professionally with their music four years ago. After achieving success with their previous releases through various record labels, WAMI made their jump to full independence, gaining notoriety with features on a few of the most prominent Spotify playlists.

Julia Shuren is an artist who has worked with some of the biggest musical acts in the business. From composing music for popular podcasts to gaining the attention of legendary Motown arranger/songwriter Paul Riser (Marvin Gaye, Stevie Wonder), Shuren is an in-demand talent who continues to thrive. She’s currently working on her first EP which is slated for spring.