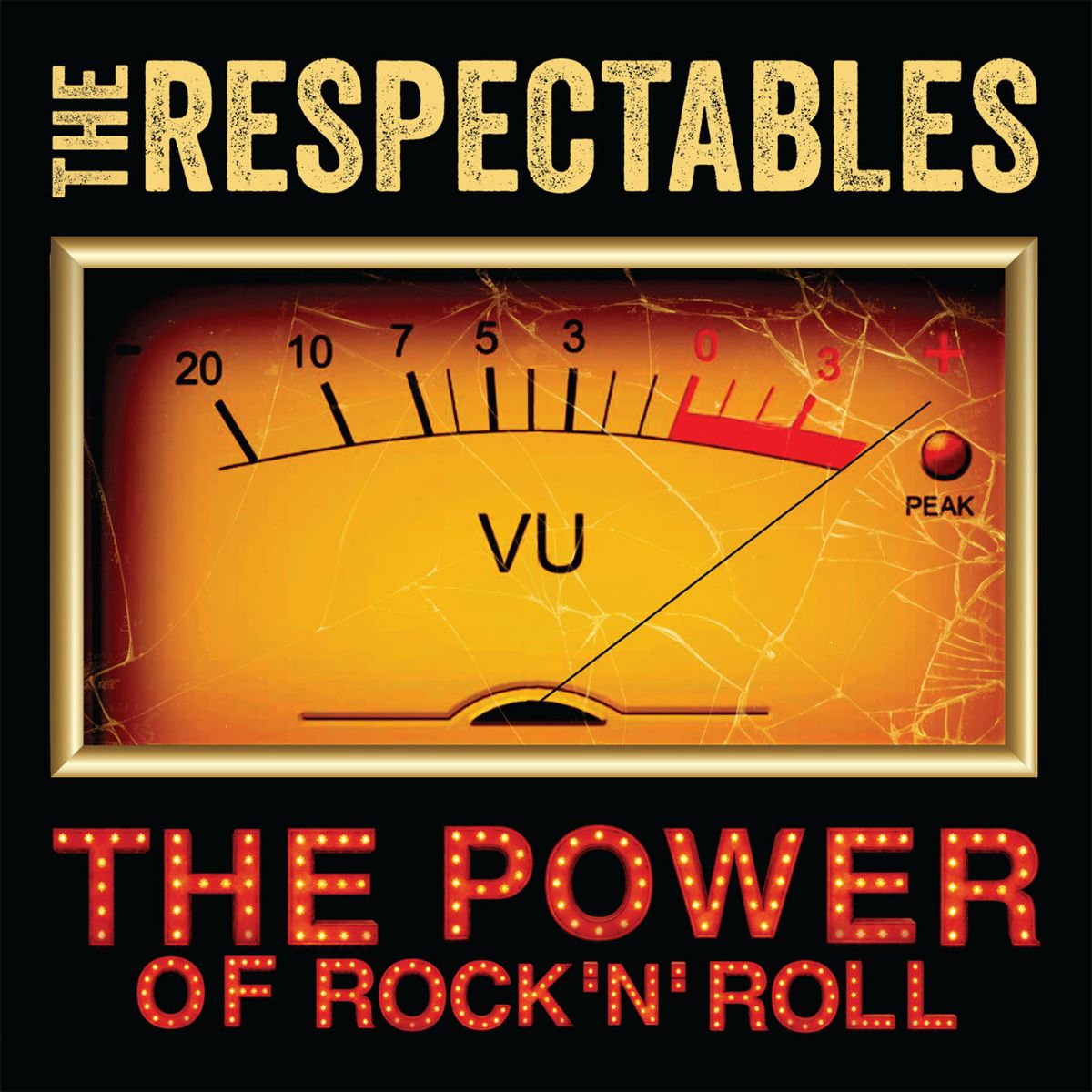 With 11 original tracks to choose from, straight up rock and roll is featured on 'That Girl', 'Give Some' and 'Power Of Rock And Roll', followed with hints of country-rock on the cuts 'Highway 20' and '18 Wheelers'. Two fabulous ballads include the airy 'Oasis' and the very British 'As Good As Love Gets'. There’s no denying that the raunchy road song 'Wheel In My Hand' is a real gas and the tribute track to the band's early beginnings called 'Mardi Gras' is undoubtedly a whole lotta fun - New Orleans style!

Over the years, the band, who once opened for the Rolling Stones, have been active on the local and international music scene, performing shows in England, Australia and the southern United States (including the popular South by Southwest Festival). They’ve played on stages and venues everywhere from Cuba to Paris, Texas and Florida and of course their home base of Quebec.

The Respectables is comprised of members Sébastien Plante, Stéphane Beaudin, Stéphane Dussault and Pascal Dufour with Jean-Sébastien Chouinard joining the group in 2007 after Pascal Dufour departed. Shortly after forming the original band, The Respectables won the 1992 L’Esprit Contest organized by the CHOM-FM radio station, and later became finalists in Yamaha Music’s Sunfest. After releasing three indie albums, they subsequently signed their first record deal and management contract in 1999 and the band shot up to the top of the charts. The Respectables immediately went gold and more than eight radio chart toppers followed.

Over the years, a number of the band’s songs were also picked up for ad campaigns for well-known brands such as Pepsi, TELUS and Wendy’s. In 2001 and 2002, the band won a Felix Award for Group of the Year at the ADISQ Gala and took home several SOCAN awards. At the height of their popularity in the fall of 2002, The Respectables launched QuadroSonic, one of their most anticipated albums. The release was a huge success and stayed on the Canadian charts for 13 weeks, which resulted in an invitation to open for the mythical Rolling Stones during their Forty Licks Tour at the Bell Centre on January 8, 2003.

In 2006, The OSM (Montréal Symphonic Orchestra) performed a grand spectacle of the Respectables' répertoire in a concert part of L'OSM 's Pop Week-ends ', a tremendous honor for the group.

In 2008, The Respectables headed down to Texas to Record some of their best work with Big Sugar's own Gordie Johnson who had previously worked with the boys on their 2002 Quadrosonic album at the legendary 'Le Studio ' in Morin Heights.

The Session at Willie Nelson's studios in Perdernales turned out to be their best yet.

Released in 2009, ́SWEET MAMA' hit Canada and the top-charting hit song 'SUGAR' featuring Gordie on vocals and guitar quickly became a classic on rock stations throughout the country.

In subsequent years more hits followed and The Respectables continued to tour the world with notable stops in New York, Cuba, Mexico, Belgium, London, Australia and at the famous Whiskey A Go-Go in Los Angeles where they were part of the exclusive Musexpo convention.

With their distinctive style, authenticity and electric energy, there’s absolutely no doubt that The Respectables will still be rocking out for years to come, both in their home town and on the international stage. Currently in the works is a brand new coast to coast Canadian tour slated for the fall of 2019!

In all, the Respectables have put 13 albums of original music in the span of their 25+ years career so far.