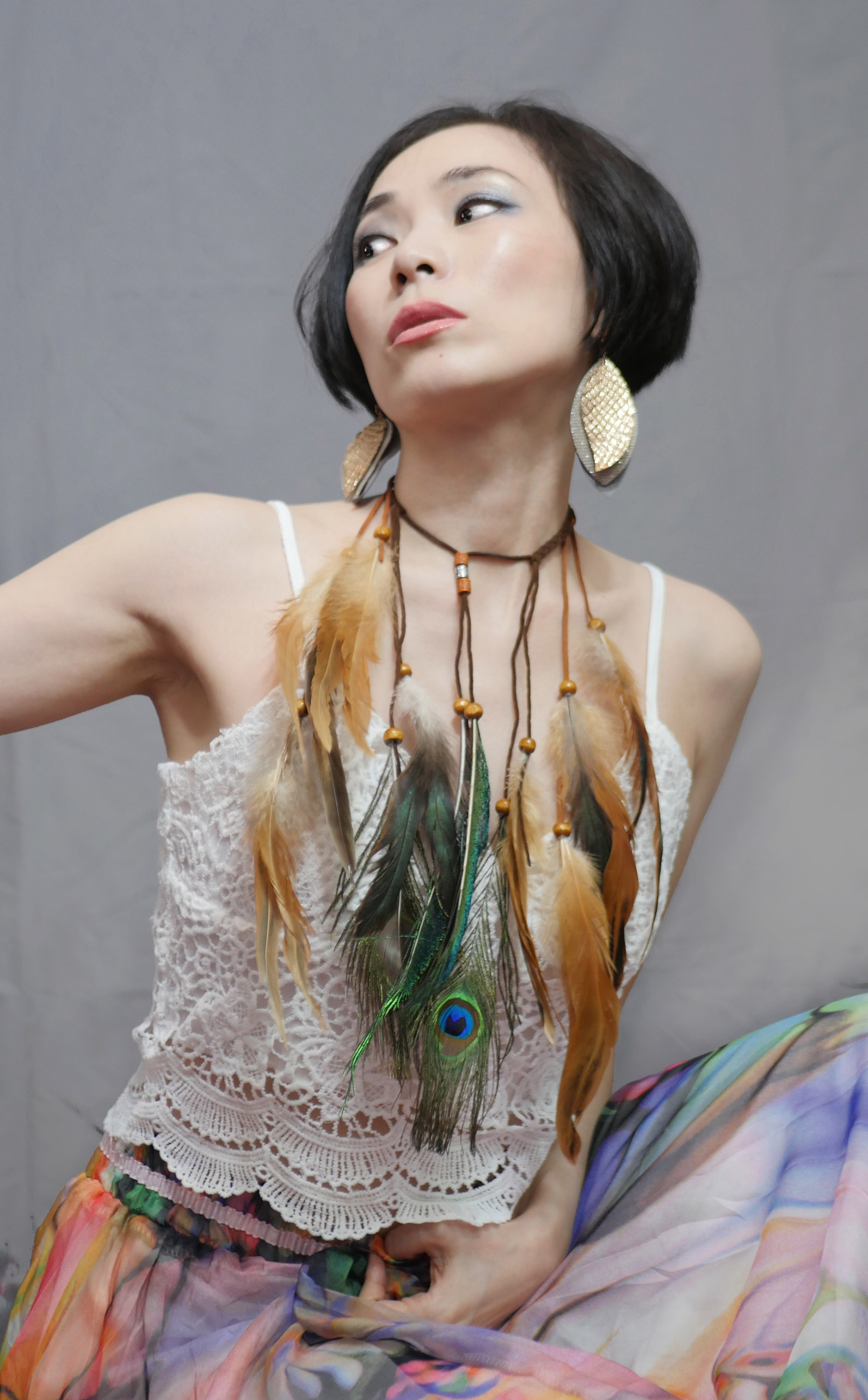 With each song a piece of art unto itself, J-Pop indie sensation Shihori’s aptly titled new album, Mutation cleverly surmises her uncanny ability to fuse her eclecticism in music into a fluid think piece.

At 15-tracks strong, and available now, the dynamic debut LP features new single, “Under the Skin.” With her exquisite vocals clear, pristine, and with a touch of lilt that lands like the beauty of precious glass, Shihori shines on the track — its layered harmonies creating mesmerizing, siren-esque hooks that grab you from inside and refuse to let you go.

Check  out “Under the Skin” here:

Weaving intricate melodies with pop culture edge, Shihori fluently mashes the harmonies with exciting instrumentation. Where she excels is her ability to lure you in and captivate you long enough to keep you around till the next track.

For example, among some of Mutation’s previously released breakthroughs “Perfect Imperfection,” “Jungle (Cyber Mix),” and “I Cover You” lays “Fire” — a song that breaks boundaries and incinerates all previous notions of what pop could do, be, think, or feel. Stomping its industrial beat over exciting rushing vocals, it mingles with effects, stripping back to raw and vulnerable, and challenges you to try and sit still. On “Fire,” Shihori dances between big ballad belts to spoken word, rap lyrics — a trick she executes flawlessly, both on the song and in its high voltage music video.

Hailing from Japan, Shihori’s venture into creating and developing music has been a precarious life-long process — and one that worked as an ability to relate to the world around her in a way she’d never understood prior.

Born deaf in her left ear, Shihori was also diagnosed with Asperger’s Syndrome (part of the Autistic Spectrum) at a young age. Seemingly trapped in her “isolation,” Shihori found the ability to break into her place in the world during a chance karaoke encounter with a group of school children. Her natural ability to perform would become the key that would unlock her.

And from that point forward, Shihori was destined for a life of music.

“I have rather considered my deafness as a ‘gift’, and the other ear is a ‘gift,’ as well, because my right ear has a perfect pitch by nature,” Shihori says.

Motivated by her love of song, despite a lack of formal musical education, she would go on to compose, learn, and listen to a variety of artists, honing and developing her craft. Her direction was fueled by passion, and her music became the words she’d never known how to previously articulate.

Inspired by the all the anime she watched, and the classical works of Beethoven, whom she’d begun to learn as she began taking piano lessons, Shihori says these “unlikely bedfellows of vibrant pop and art music from the classical and romantic periods would come to shape the foundation of the music” she creates today.

Ultimately, Shihori would both move to Tokyo and sign with Lantis record label in 2007, going on to score her first Top 5 chart success with the single, “Never End Wonderland”. Her experiences living in the city, being a part of the new environment, and finding recognition in others who also struggled to discover their own identities shaped Shihori as songwriter, and a champion for acceptance of oneself. “As I was meeting new people and singing in new environments, my writing changed because I began to truly see the world and the hurt that is out there,” she says. “I felt the struggle.”

The young songwriter found herself with a higher purpose and a stronger calling: to provide words of love, support, and self-acceptance. “Why do I have to change my shape to be the same as everyone else? What's wrong with looking different from others? I am not miserable!! I like how I was born!”

Her commitment to her creativity as an authentic storyteller coupled with the message on her heart granted Shihori a conglomerate of opportunities in the world of anime — including a commission to bring her songwriting abilities and talents to high-profile series such as Fairy Tale and The Irregular Magic at Highschool.

Shihori has also enjoyed international success performing lead vocals on composer Mason Lieberman’s charity single, “The Real Folk Blues,” which reached #6 on the Billboard World Digital Chart, as well as composing and performing the ‘Battle Queens’ theme song for the video game League Of Legends, which is closing in on 1 million Spotify streams.

These fruitful opportunities also land among some of Shirohi’s other major accomplishments in the industry, having collaborated with Kohei Tanaka (ONE PIECE) and Yoko Kanno (Ghost In The Shell). To date, Shihori has found incredible success on the Japanese song charts, with nearly a dozen of her songs selling more than 100,000 units each, achieving Gold-selling status in her home country.

“I have the desire to become one of the new role models of Asian women, to empower all the races, although not by being a stereotypical ‘cool Asian woman’ but more as being a super ‘Shihori,’” she shares. “I feel like I was destined to be here at this point in time, and to be involved in American society through my musical activity.”

In 2018, she would make the bold leap of faith to cross-over into the United States in an effort to pursue her musical journey. Her time in the US would primarily focus on a new creative process — developing her songwriting in English, in addition to touring across the country.

In Mutation, Shihori explores the struggle to evolve herself into her American version of Shihori through New York’s concrete jungles, and takes her music, melodies, and message to heights not yet discovered by the rest of the J-pop industry; she’s carving a path all her own. “Mutation is very diverse, and the songs showcase how I’ve mutated since I moved to the US in 2018,” Shihori reveals, adding, “Through those experiences [in life], 'love who you are' became the core message of my music…

“And now, I think America needs this message too,” she continues. “What does it matter if your skin color is white or black? What matters more is what your SOUL looks like.”

Get ready to shapeshift with an album that could be pop. It could be J-pop. It could be electronica, dance, world music, or, at the end of the day, is genuinely the Mutation of an artist who knows the only constant in music is change.

And she’s developing that change through a sound you can’t possibly understand to hear, until you dare to hear her lay it all on the song.