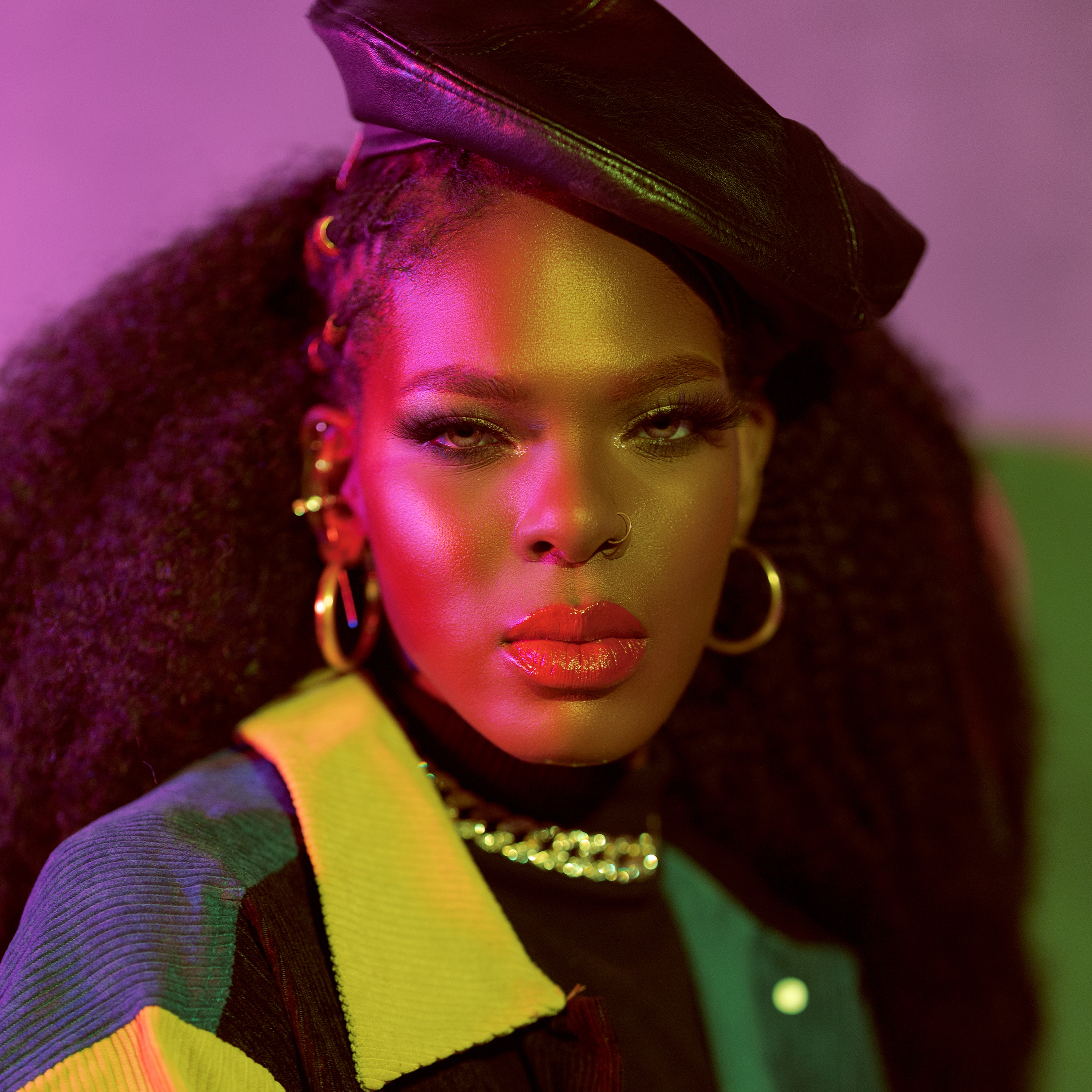 And with plenty of electronic strings, deep punching bass, and an infectious melody, “Whine Masta” is sure to get audiences on their feet and feeling good. The deliciously fantastic new single was conceptualized after Omega Mighty found herself drawn to creating a song that would promote confidence and sensuality. With that idea fresh in her mind, Omega Mighty recalls she “really wanted to push the boundaries with the beauty looks.

“As a beauty professional,” she continues, “I always want to incorporate clean beauty elements with non-traditional elements…”

That crossover has come together in more ways than one; “Whine Masta” is poised to work with beauty supplier, Cloré Beauty, for the next few weeks as shoppers and fans will have the opportunity to both save while shopping, and win by participating in the “Whine Masta” dance challenge.

An eclectic female singer, songwriter and performance artist poised for greatness, Omega Mighty’s distinct lower register in which she sings gives her a unique edge. Coupled with her raw and edgy fashion sense, Omega Mighty is sure to give you something to think about long after you’re done listening to “Whine Masta.”

Watching the music video for “Whine Masta” is like a blast from the past after the last year of quarantine and the not so clear future ahead. Featuring a barnyard dance party, Omega Mighty was focused on showcasing a new and exciting dance after putting together a concept for “Whine Masta”s music video.

“The choreography features a newly created dance by Toronto Dancehall choreographer, Jonna Abrams, known as the ‘Mega Whine,’” Omega Mighty explains. “Named after myself, the simple dance is a sensual yet majestic whine that mirrors the song’s aesthetic.”

Reflecting back on how Omega Mighty wanted to include the dance break, she recounts that “the song had been complete for a year but, as I was writing the video treatment, I saw the opportunity for a dance break. “I went back to producer Taabu, and he came up with something epic…”