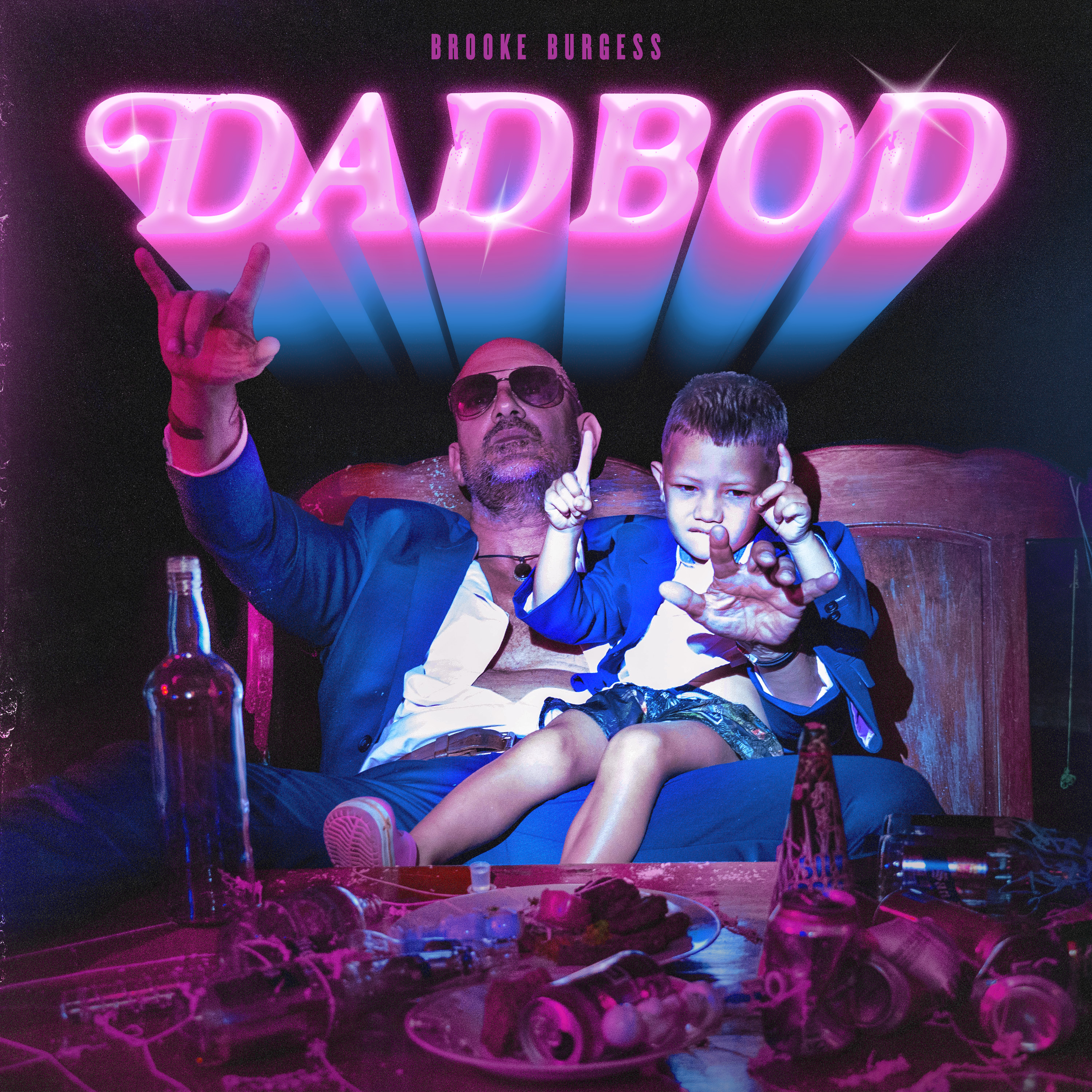 Canadian multi-hyphenate Brooke Burgess is fully embracing his "DADBOD" with the release of a humour-laden anthem around self-acceptance and transformation  - watch and listen on YouTube here:

Serving as both the title track and grand-finale release from his recent album, DADBOD, the award-winning artist, writer, producer, and director strings together an upbeat, rock-infused, and family-friendly flex about the aging process.

“I got a kid, and I got a Dadbod!” he chants across the track and its newly-minted video — a visual autograph indicative of his return to directing since his acclaimed animated comic series Broken Saints (2003-2008) took top nods at Sundance, telefilm, and won him CNMA Producer of the Year.

Currently the Narrative Director for a ground-breaking wellness technology firm based in the Netherlands, Burgess is a 25-year vet of the industry who found himself locked down in Southeast Asia during the peak of 2020’s pandemic.

“We were stuck on a tiny isle in southern Thailand,” he recalls. “The world was in lockdown; work was drying up… And thoughts of ‘mortality’ and ‘legacy’ were staring me straight in my increasingly wrinkled mug.”

But there was one saving grace, he grins.

“Three years earlier, I had become a Dad — and it was the best… thing… ever.”

In what Burgess calls “the legend of an incredible boy, the man transformed by his love, and the kind of bond that comes around once in a thousand lifetimes,” his 20-song-strong LP — complete with videos to match — arrived.

Drawing from his vast experience in writing, directing, and producing video games, animation, and interactive narrative and audio projects, Burgess let his imagination — and his son — guide the way. The album twists and turns across a variety of genres, and stories, marrying sights and sounds that come from an eclectic journey in the arts and media, and is the culmination of three years of inspired songwriting, creative collaboration, and remote production alchemy.

“Working with acclaimed Canadian talents including composer Tobias Tinker (various), Chrystal Leigh (Sons of Daughters), and many, many more from every continent without a pole, these songs and videos pull a Voltron to form a sword-swinging, head-bopping, genre-busting epic that’s an undeniable testament to creative passion, and parenting, and (at least on one track) paleontology,” Burgess explains.

Since its release last year, the album has stacked nearly 500,000+ streams across platforms, including YouTube, where what Burgess calls “saving the best for last” — the newly unveiled video for "DADBOD" — is on full dad-display.

Check it out on Spotify here: open.spotify.com/track/57jGTTmsCFVoJFDPTJu5ck?si=4f93f669ea374f6c&nd=1

And much like its comrades across the rest of the album, "DADBOD" is a truth-spilling thrill ride, set to delight and entertain.

“Thanks to my amazing media team at DEPHION,” Burgess says of the wellness tech firm he currently serves as Narrative Director for, “I was able to harness their talents and in-house facilities to produce and direct this final video for the series.

“We shot over the course of three days at the office in Geleen, and the video shows the father-and-son duo that we are sneaking into a top-secret facility to wreak havoc!”

Treats? They eat them all. Games? They play ‘em! “We even get 3D-scanned and have epic green-screen adventures,” Burgess hints before the final plot twist is revealed…

Spoiler alert: “When we’re finally cornered by office security, we stand tall and reveal our true superpower — the ‘DADBOD!’”
dadbodthealbum.com