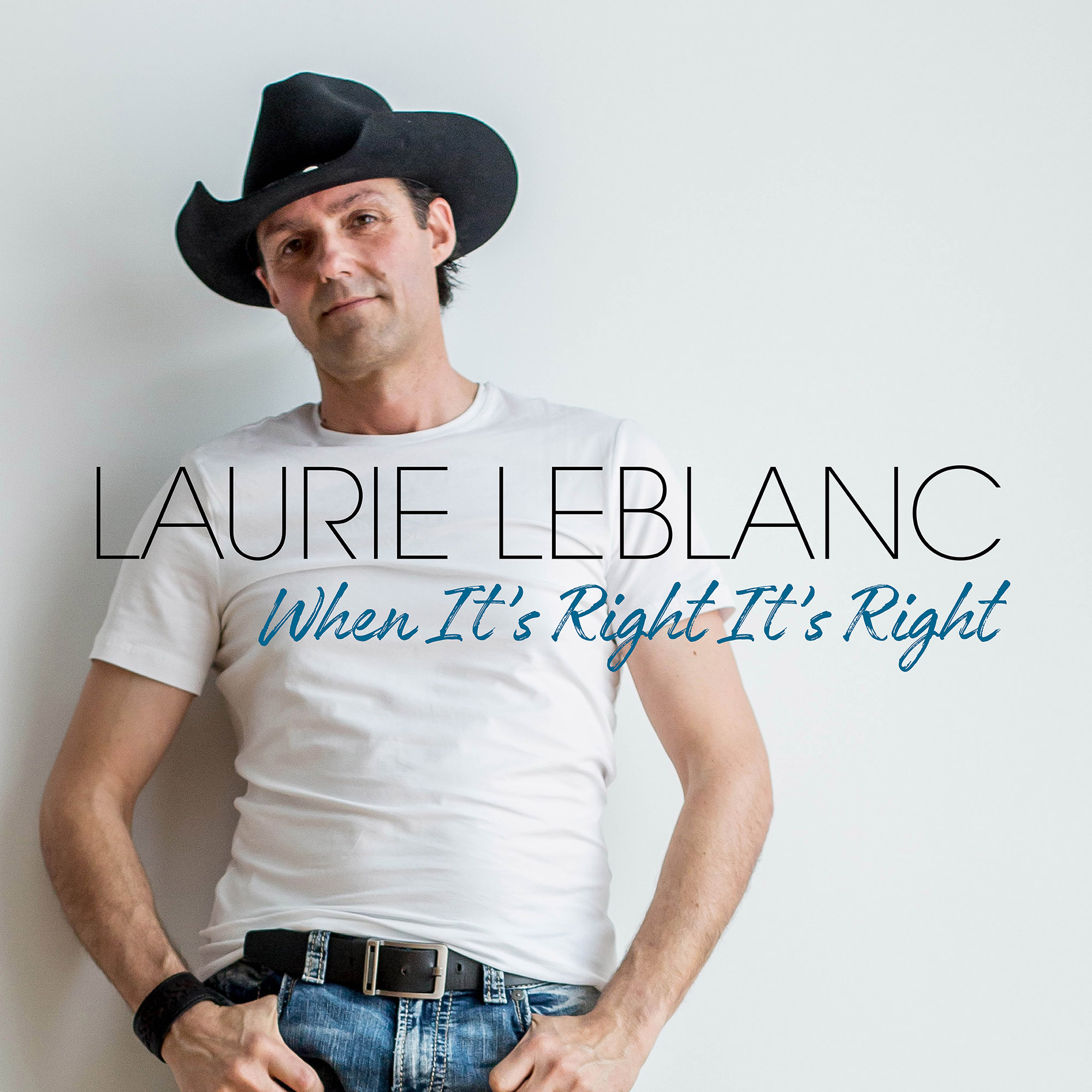 Risking it all for love over a game of chance has never sounded like it feels so good until multi-award winning East Coast Acadian country artist Laurie LeBlanc sings about it in his new single, “All In”.

Check out "All In" here:

The fourth release from LeBlanc’s 2021 ECMA and Music NB Country Recording of the Year-nominated album, When It’s Right, It’s Right, “All In” goes all out for a rollicking good time over a high romantic stakes, poker tournament for two.

With its steam train, chugging beat, and playful interchange of tasty guitar, pedal steel, fiddle and piano riffs, “All In” sounds like full-on Saturday night fun, and it’s no accident that it does. “The idea of the song came while playing a game of poker one Saturday Night,” recalls LeBlanc. “The story is about a guy and a girl at the final poker table. The hot babe is making a pretty cute poker face at her opponent, and he thinks they have something special going on.”

“All In” is the one song that LeBlanc co-wrote for his latest album with his wife and manager, Jeannette. So, who won the real poker game that inspired their collaboration? While we may not know that outcome, LeBlanc does place bets for us on how the cards will play out in the song with this semi-spoiler. “He’s getting more and more interested in the girl thus losing focus on the game.”

“All In” also signifies success in a new focus for LeBlanc. “I’ve written numerous French songs, and most of them are based on fun ideas that I hope make people smile,” he says. “So I wanted to try to do that in English.”

The song has already made people smile, and dance, in Europe; through music agent Romuald Kosmidrowiez, 10 videos from European Country Dance Associations have been produced featuring choreography created specifically to “All In;” the dance was also presented at the European Championships, and finished 5th among 31.

This first, all-original foray into the English country music market is supported by a decade of well earned success in francophone country music. Since 2011, LeBlanc has been honoured by the Canadian Francophone Country Awards, Music NB Awards, Josie Music Awards and more over 15 times including wins for CFCA Entertainer of the Year and Male Artist of the Year in 2018. Plus, with almost 4 million streams of his music and counting, LeBlanc has racked up a flourishing following across the digital realm in both official languages.

With all those francophone music accolades under his belt, it was definitely a leap of faith for LeBlanc to record his new all-English project. “I needed to step out of my comfort zone, and it turned out to be a truly gratifying experience,” he notes.”I’ll always love singing in French and cherish the support I get from my francophone audience, but hearing one of my songs on the radio alongside the Canadian and American country artists I admire gives me so much joy.”

While the music game is shaping up to be a win-win for LeBlanc, one big question remains: Will our romantically distracted poker player get played and end up with a losing hand, or will he hit the jackpot and win the girl?

Listen to “All In” to find out!