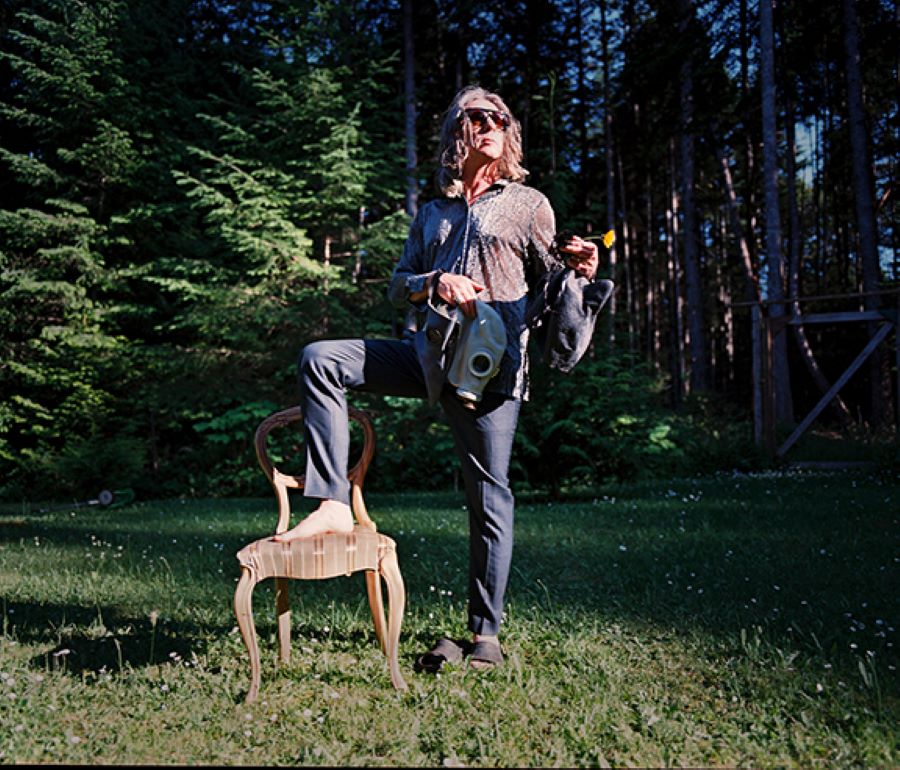 For the first time since its exclusive limited-run vinyl release, 54•40 alum Neil Osborne’s creative persona Niz Wiz’s single “God Do Me A Solid” is available for streaming.

Check out the YouTube of “God Do Me A Solid” here:

“Many people have asked me in the past if I would ever consider a ‘solo’ record, but I never felt the need to…” he reveals. “54•40 is the perfect vehicle for me as ‘Neil’ in our themes of fun, unity, thoughtfulness and reflection couched in a three chord rock combo.

“That all said, I had a sudden inspiration to create a conceptual body of work alone somewhere in early 2019. As a person — as Citizen Niz — I began to sense some kind of disconnect with common sense, and outdated or hijacked cultural values.

“I supposed some of it could be attributed, as my father used to say, as feeling ‘well, the world is passing me by,’ but I had this insistent, nagging feeling it was much more than that.”

As for what in particular was plaguing Osborne’s observations, the world’s skyrocketing political partisanship, an increasingly chasmal wealth gap, and the damaging disconnect caused by social media in its attempts to increase connection were among the top contenders.

And this was all before a catastrophic global pandemic and stirring social unrest spread to each corner of the globe.

“For this album, I started to think about the bizarre rules of what money and ‘ownership’ really means; the way many people carry old beliefs and impotent faith as one would with ‘phantom leg syndrome;’ how artificial intelligence is infiltrating and defining our very identity, distilling our emotions and values to ikons.

“I remember pontificating these thoughts in my basement studio before looking up and saying, ‘Hey! Am I the only one feeling this?! Am I the only one thinking about this change? This undertow of a tide sweeping us all potentially under water? And how we don’t know when we can come up for air?’”

When it came to tangible pieces of inspiration for the album, Osborne looked beyond the endless news cycle to his bookshelf: a copy of Thomas Mann’s 1924 novel, The Magic Mountain, and the character Hans Castorp in particular.

“That book reflects on the ability and necessity for a person to take on, and try on, as many opposing points of view to keep a healthy perspective and get a taste for certain themes,” Osborne explains. “It encourages to see if you like them, and if they’re worthy enough to suit you, all the while allowing respect for individuals who choose ‘this’ or ‘that’ as their point of view.

“So, on that early spring day in 2019, I covered my studio door with a canvas, grabbed some markers, and wrote down any song title that immediately entered my mind.

“I ended up with 17, and every track is a stream of consciousness. I would adopt a vocal ‘character’ to inhabit and tell the story, and I’d record this directly to the track over and over until I had the right character cadence, words, and personality.”

To date, and by deliberate design, Niz Wiz: Limited Edition Double Album has been exclusively available as a vinyl-only offering via El Mocambo Records — and intended for consumption in order, Side A to D. The video for “God Do Me A Solid” features a clever collaboration between Osborne and 2010 Visual director, Charlie Darragh.

“I wrote and recorded it all myself, and in consecutive order, before Rave (Dave Ogilvie) mixed and Greg Calbi mastered it,” Osborne offers. “Because it was both written and recorded in order, the intention of this work is to be listened to in consecutive order; moving stylus or skipping cuts isn’t recommended until the story I’ve embedded is familiar. I wanted it to be on vinyl so the listener hears it as I intended.

“Like the good ol’ days… Even if times are changing quickly.”