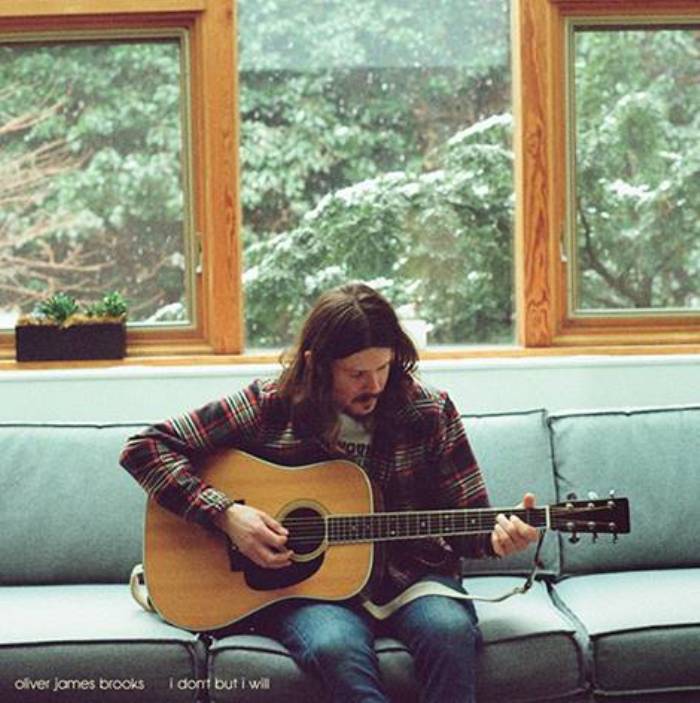 Toronto alt-folk rocker Oliver James Brooks lays bare his personal state of mind this past winter in his new acoustic, live off the floor album, I Don’t But I Will — available now.

“It’s an intimate, acoustic-only album that was… Born out of necessity,” Brooks offers. “There’s something very personal and powerful — and a little scary — when you go into the studio, let everything out from inside, and leave with something that ultimately timestamps your feelings at that exact moment.

“When it came to the recording process, I wanted to ensure everything captured was completely honest and genuine. I didn’t want what I was feeling to hide behind any special effects or anything like that.

“It’s the reason why I recorded the album live off the floor,” he continues, noting the February 2nd, 2020 recording date at Toronto’s Berkeley Sound with Jack Emblem (engineering, mixing) and Joāo Carvalho (mastering) on deck. “No over-dubbing, just two microphones, one guitar, and one harmonica.”

I Don’t But I Will follows this year’s single release, “Set Free” — including its message for the masses that continues to be ever-present. “That song was written in response to the current state of our planet. The turmoil in which we live has reached an unfathomable level… Some days it becomes unbearable to even exist.

Oliver James Brooks first set the scene with his 2019 take-notice debut, A Turn in the Bend. Written and mostly recorded while living in Brooklyn, New York, the eight-track LP quickly cemented the singer, songwriter and multi-instrumentalist’s ability to capture and creatively express nuance in an intuitive, layered and carefully considered way.

“A Turn in the Bend was inspired by the prevalent contrast between two landscapes: Brooklyn and the small town in Ontario where I grew up,” he recalls. “When it comes to the recording process — including I Don’t But I Will — capturing sounds that are unrehearsed and unexpected is just as important as the words themselves.