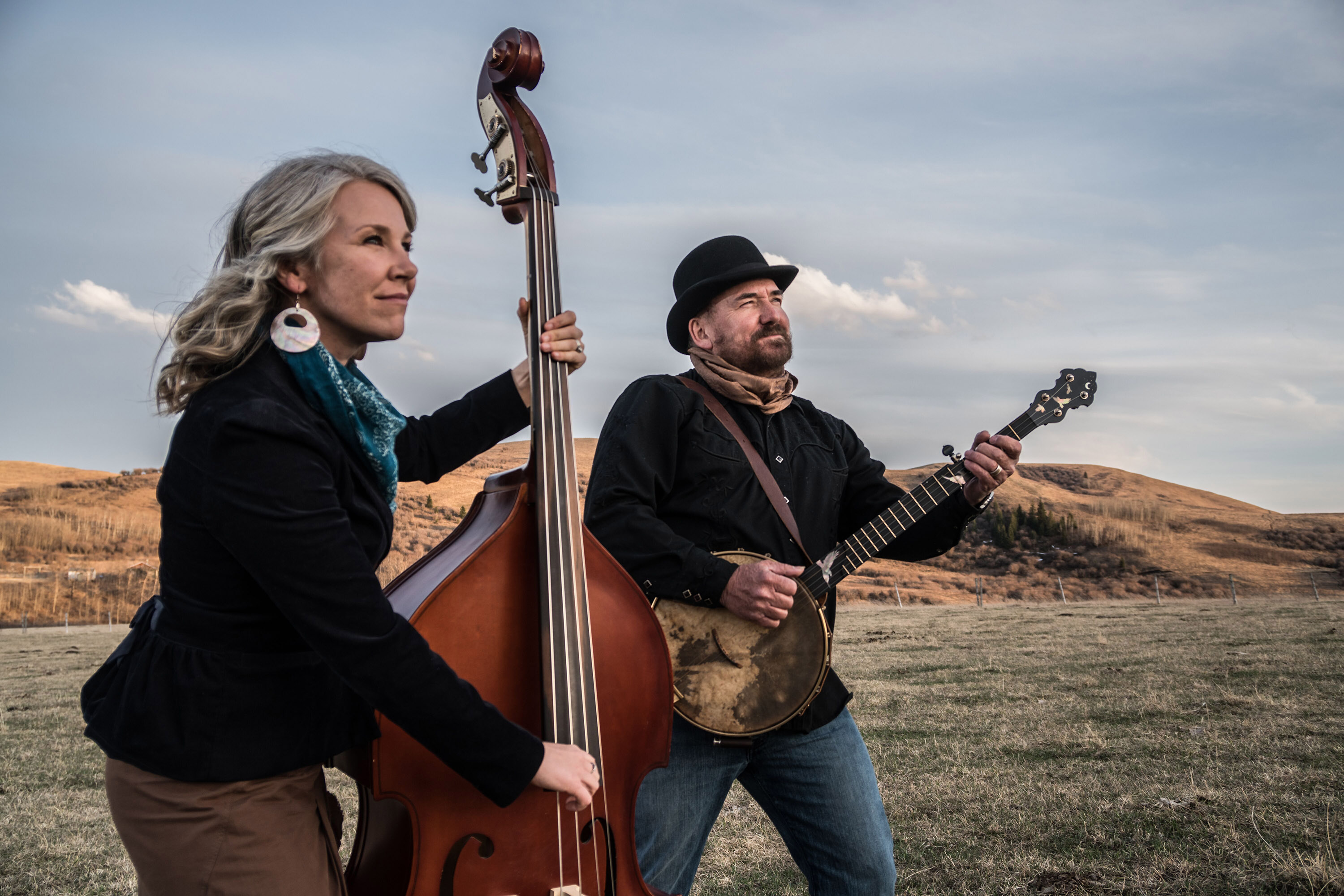 Straight from their ranch nestled in the foothills of the Rocky Mountains, Alberta folk-roots and swing duo Over The Moon deliver their signature stone-ground sound in the form of new single, “Lonesome Bluebird”— available now via Borealis Records.

“This song is basically about a beautiful young woman who is letting the fear of failure or the impression she might be making cause her to miss out on so many of life’s real experiences,” co-front Craig Bignell explains. “She makes up for it by only focusing on her outer beauty and possessions.

“We’ve always loved the movie ‘Cat Ballou’ and the way Nat King Cole and Stubby Kaye are always in the shot somewhere, singing songs about the scene,” he continues, with a nod to the duo’s counterpart, Suzanne Levesque. “We thought this would be a great concept for the ‘Lonesome Bluebird’ video.”

As musicians that spent their previous careers recording and performing ‘live’ with other artists, the multi-instrumentalists and singer/songwriters endeavoured on their own pairing — in more ways than one… Somewhere between the milestones of having met and married, the duo discovered that, not only do they collectively draw inspiration from their surroundings, but their voices also blend together beautifully.

Creating music that reflects the pulse of life lived in a territory that is both dirt-hard rugged and breathtakingly stunning, their music is a wild ride from Appalachian old-timey 1940s-esque western swing to contemporary cowboy blues — all woven together with a common thread that speaks of the Canadian west. And as a follow-up to their critically acclaimed debut LP, Moondancer, in 2017, nowhere is this more apparent than through the soundscape that is this year’s 10-song sophomore album, Chinook Waltz.

“Our concept for Chinook Waltz was to try and convey a feeling that one gets living in the foothills of Southwestern Alberta’s ranching community,” Bignell offers, citing the pair’s home base of Longview. “It’s beyond beautiful, but also rugged and unforgiving; people help each other here, and a neighbour is just as important as family.

“We produce and record our music at home, which was a huge learning curve for us, but we feel that we’re able to get the songs and sounds we wanted that way. Words that come to mind to describe it are ‘organic’ or a ‘stone ground sound’…

There are no studio tricks because we don’t know any,” he adds, with a wink.

Reviews
Album
Over The Moon