Skip to main content
Arrested Development Release “Vibe” Ahead of Forthcoming Album, For the FKN Love 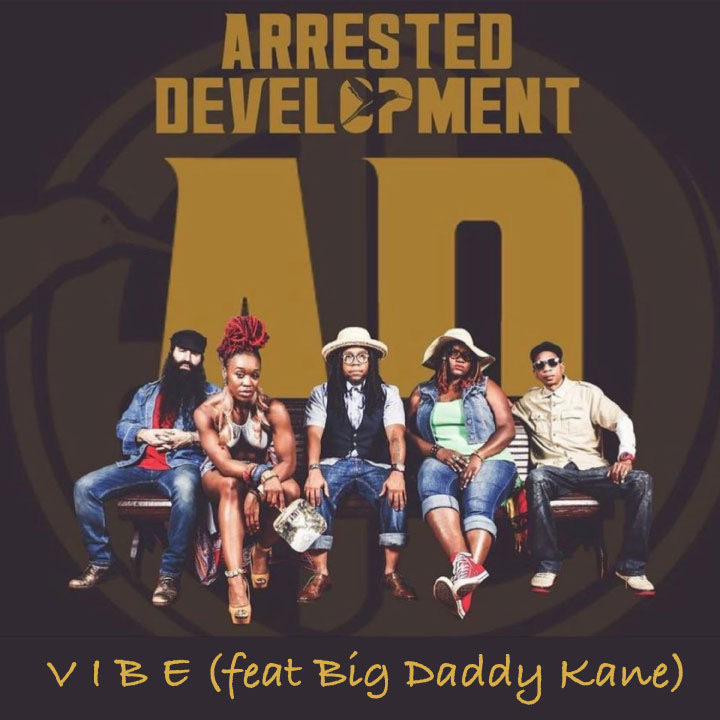 When it comes to boombap and classic rap, there isn’t anyone who does it like the trailblazers, name-makers, and ground-shakers like Arrested Development, and their newest single, “Vibe”.

The 2x GRAMMY Award-winning hip hops group credited with a culture-shaping 30 years of experience, Arrested Development was the first hip hop group to ever receive the GRAMMY for Best New Artist while also receiving one for Best Rap Single; the song of honour was their anthemic, prayer-like track, “Tennessee” — which has gone on to be named by the Rock & Roll Hall of Fame as one of the Top 500 Songs That Shaped Rock and Roll.

Speaking of honours, this timeless group of performers and collaborators were recognized at the Black Music Honors Awards in September of 2019, and have continued to perform in sold-out venues in every part of the world for the past three decades.

Featuring Big Daddy Kane, Cleveland P Jones, and Tasha LaRae, the new single “Vibe” lands ahead of the forthcoming album, For the FKN Love — which was primarily produced by British Production and boombap specialist, Configa.

Stellar collaborations in their own right, the features “Vibe” also preview what’s to come for the new release, set to spotlight other timeless names of the industry, such as The Sugar Hill Gang, Masta Ace, Freddie Foxxx, Monie Love, Kxng Crooked, G Love (G Love and special sauce), Tony Momrelle (Incognito), and Dee-1 plus Fatman Scoop.

“Legends of this calibre rarely do features, and yet have graced this album…” the band says.

But first, “Vibe,” which is something spectacular all its own. The sonic landscape created by Configa fits perfectly with the classic yet eternal sound Arrested Development has created for themselves.

In fact, Arrested Development credits Configa and his production skills to the group's recent success, having stepped back into the limelight with their previous album, 2020’s 16-track Don’t Fight Your Demons, calling it “a future classic.” Given the group's track record, this is far from a stretch, and more of a declaration of fact.

Arrested Development’s classic tone of positivity and afrocentric music fits right into the counterculture of todays music, especially — as always — the group looks to provide more choices beyond the “gangsta rap” that dominates air waves.

Speech is still a prominent member of Arrested Development, and is the driving force behind this winter’s For the FKN Love. For its part, “Vibe” carries the boombox aura with it’s fat kicks and snare drum snaps, all while instilling plenty of modern influences into this eventual timeless production. Features like Big Daddy Kane, Cleveland P Jones, and Tasha LaRae pair nicely with the positivity and humility Speech has always brought to Arrested Development productions.