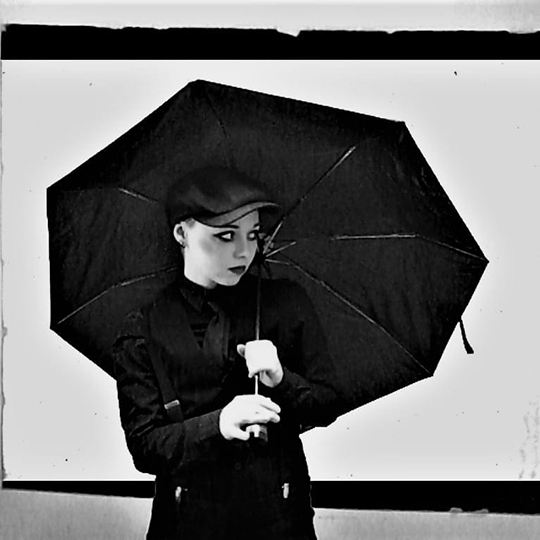 When it comes to Grotoko, the new single and video “Mister” offers a landmark in the art-rock, baroque-pop artist’s growing and ever-fluid body of work.

The brainchild of Montreal-based, Winnipeg-born multi-instrumentalist, composer and visual artist Blue McLeod, Grotoko’s sound pulls from grunge, folk, punk, and classical genres and kneads them together with the artist’s experiences and the world around. “I often use confessional, optimistic, sarcastic, or sometimes nearly nonsensical lyrics to describe various experiences and emotions,” McLeod says of the multifaceted creative outlay. “There’s also a wide variety of musical colours and textures to create a sort of collage of sounds, when words might not necessarily be enough.

“‘Mister’ was written almost entirely on the spot,” McLeod continues, adding that it was written about a highly personal experience. “Now it’s a song that seems to change tone every time I perform it.

Watch and listen to “Mister” here:

With a symbolic set-up too good to pass on, Grotoko’s acoustic outlay of “Mister” comes to visual life in a starkly empty apartment on a dreary, weighted-weather day.

“The video was shot in my old apartment in Winnipeg after my roommates and I had finished moving. Somehow, it seemed fitting to play the song in an empty apartment after everyone had left; the emptiness of the room seemed almost symbolic of the feeling of losing someone or something significant, and symbolic with the amount of space available for new experiences.”

“Mister” lands as a follow-up to Grotoko’s debut LP, We All Fall Down and acoustic offering, Grotoko Says Happy New Year, while serving as a precursor to its forthcoming album, Periwinkle. That said, the track’s ultimate home is saved for a fourth addition to the act’s ever-increasing and interconnected library, set for release down the line. “We All Fall Down began after a long break from writing,” McLeod recalls of the 2017 release. “My first band had broken up, which had practically destroyed me to the point where I tried to quit music.

“During that time, I didn’t really talk much and I went through a lot of bad experiences. Eventually, giving up music turned out to be incredibly difficult; I had a lot bottled up.

“The title is a reference to ‘Ring Around the Rosie’ — which is about a plague, although when I was growing up, that information seemed to be hidden. We All Fall Down is a fairly dark album, and it’s hard to talk about. The music was the easiest way to communicate about things that were just too disturbing.

“As for Periwinkle, it was a nickname one person called me in theatre school,” McLeod says of the new album’s namesake. “It seemed like a fitting word to use as a title since it was a word that was following me around during the experiences that led to writing it.

“Even though some of the songs were written so far apart, they all seemed to belong together on Periwinkle, with them all being a part of the same story.”