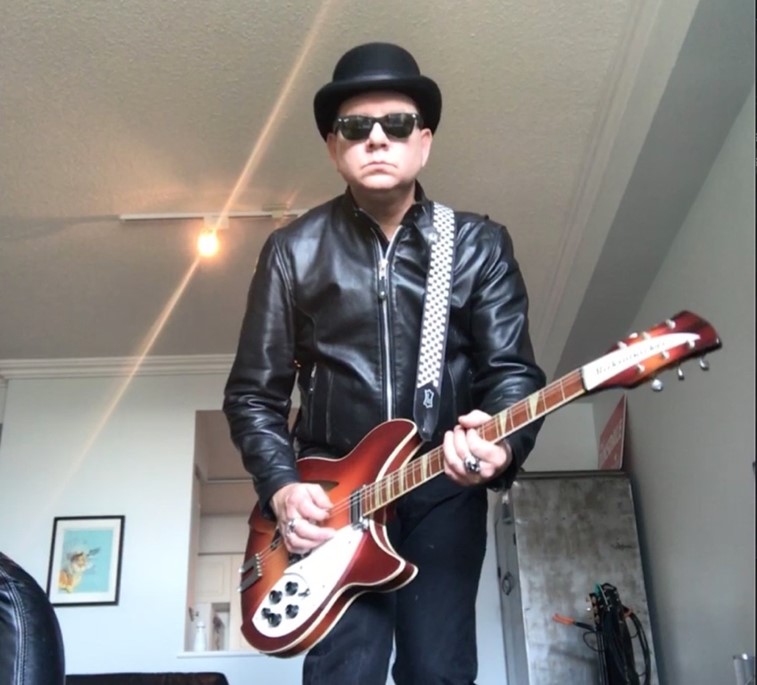 Toronto-based Ritalin Boy explores life and death with his blistering new single, “Some Kind of Angel”.

The new video and single off the acclaimed studio album Adult Entertainment is a mammoth track with a sensational melody that cuts no corners. This anthemic single is dripping with all of the style and polish you find on the most significant rock records, and this larger-than-life sound meshes seamlessly with the contemplative writing style that has become seminal in Ritalin Boy’s art.

“Cross my heart and hope to die if you I did betray
Heart behind bars covered in scars as my demons held sway
And when the last trace of hope was gone
That’s when an angel came along.”

This brooding ballad navigates themes of love and salvation through intricate metaphors to paint a portrait of a forsaken lost soul on the brink of despair.

“Some Kind of Angel” not only communicates a message with its music but also with its visuals. Accompanying the single is a gritty video shot remotely on the shoreline of Lake Ontario. Channelling the German expressionist films from the silent era, the black and white music video features a mysterious figure known only as Mirror-Face. Using the video as an allegory for the framework of time, Ritalin Boy himself stars as Man in a Bowler Hat to round out the cast and create something uniquely eerie.

Adult Entertainment, the debut album by Ritalin Boy, is a candid look at his views on the twisted world as it is today and his place within it. “Some Kind of Angel” encapsulates Ritalin Boy’s overall aesthetic of hard rock laid atop meaningful lyrics that move listeners in more ways than one.

Originally from Manitoba, Ritalin Boy has been creating music for over two decades. Playing the underground music scene in Toronto further refined Ritalin Boy’s penchant for musical authenticity, citing Canadian music heroes like Gord Downie and Leonard Cohen as his inspiration. He is currently working on the sophomore follow-up album; called The Skeleton Army, the release is slated to come out in 2022.