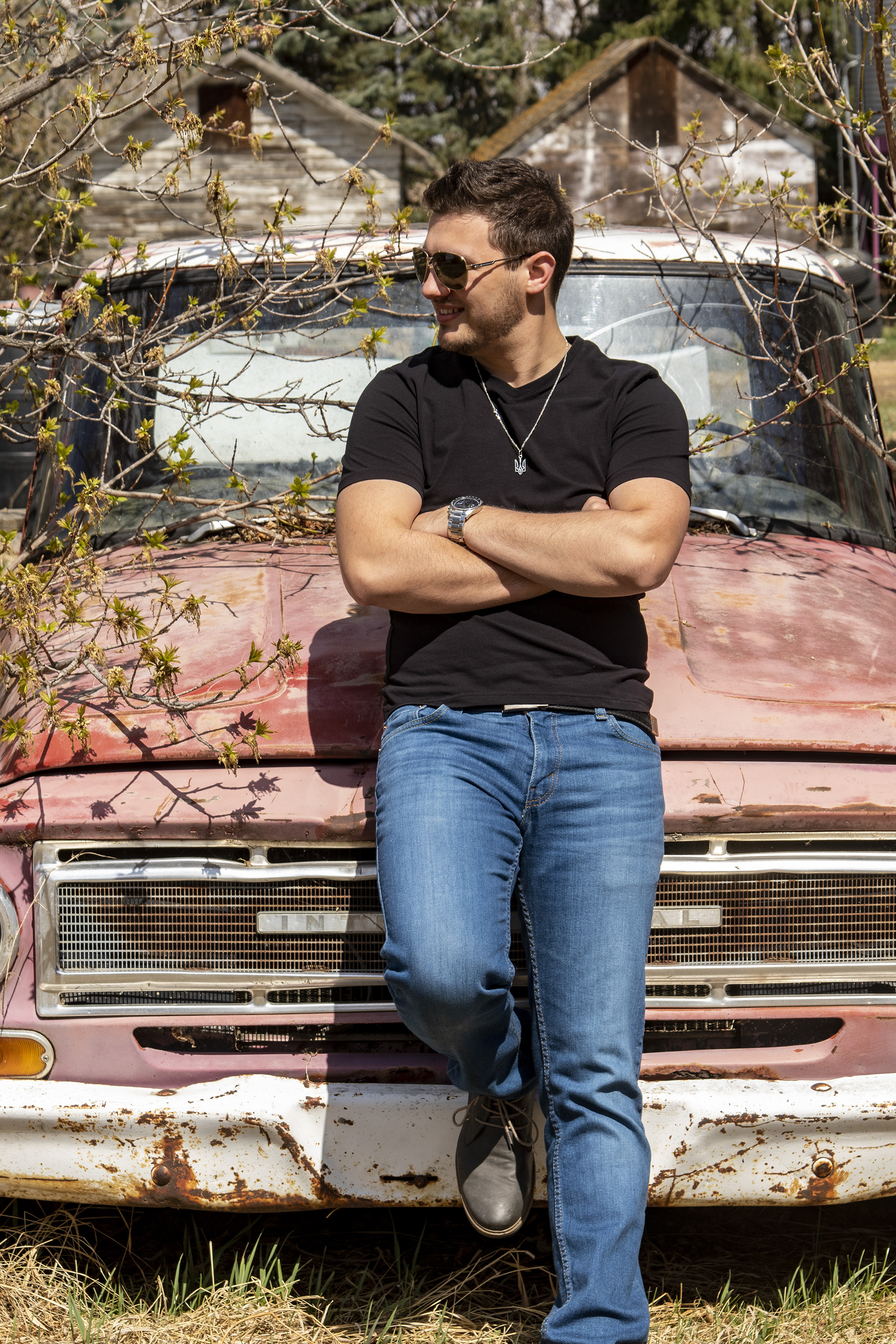 Whenever we’re about to close one life chapter for the next, there’s guaranteed to be a flood of memories and emotions, and graduating from school is certainly no exception. Award-winning Canadian country crooner Travis Dolter captures the heady yet scary experience of leaving college for the real world in his new single, “Senior Year” – check it out on YouTube here:

Smooth and poppy with just the right amount of jangle, “Senior Year” gives us a list of all the fun, memorable activities a college student might have engaged in over the course of four years – ‘Tuesday night drinking and wing Wednesdays,’ watching Friends marathons, ‘playing late-night pool in a Midterm craze,’ and taking a girl out on a first date, ‘falling in love, jumping in too fast’.

All of these are based on the Camrose, AB-based artist’s real memories from his time at Augustana University. “When I wrote ‘Senior Year,’ it was the night before I started the final semester of my degree,” he said. “At the time, I didn’t know for sure what I wanted to do with my life or what I would have the marks for, and my feelings came pouring out as I wrote this song straight from the heart.”

He remembers fondly the half-price discount on wings at his favorite pizza place in Camrose, Tuesday-night beer pong tournaments, and when his girlfriend introduced him to the show Friends, which offered a greater lesson – and some much-needed hope. “As I watched the amazing series, it became clear to me that it was ok to not know what life has in store for you,” he said. “If you have that great support group in your life, it all turns out in the end.”

“Senior Year” is like all the songs that appear on Dolter’s double EP, Every Song and A Story, in that it tells a real-life story. One of Dolter’s main influences is Kenny Chesney, particularly Chesney’s song “Don’t Blink,” which deals with life going by so fast. “Luckily, I realized how fast my university degree was going by and took that time to create more memories with friends and slow myself down,” he said.

Singer-songwriter Travis Dolter is known for his energy, positivity, witty sense of humor, and creative storytelling abilities. Raised on the family farm southeast of Edmonton, Alberta, Travis developed confidence and charisma on stage from a young age, starting in the family band at age six, and then fronting his own band by 15. Although his interest in music began early, it was the emotions that were inspired from attending a live performance of The Buddy Holly Story when he was 13 that motivated Travis to follow his passion. Heavily influenced by country music and old-school rock ‘n’ roll, Travis’s self-penned originals have a unique country sound.

An accomplished artist and entertainer, Travis was selected as the September 840 CFCW Homegrown Country Music Alberta Spotlight Artist of the Month. His fall release “Somewhere” continues to be heard on 840 CFCW as well as several other stations. 2021 saw him earn a second ballot nomination for Male Horizon Artist of the Year through Country Music Alberta, building on the previous list of achievements — including first place in the 2019 North American Country Music International Male Vocalist and Entertainer of the Year Awards, in Pigeon Forge, TN, first place in the Country 106.5 Star Search, and placing in the Top 3 in the 2018 Global Country Star Search.