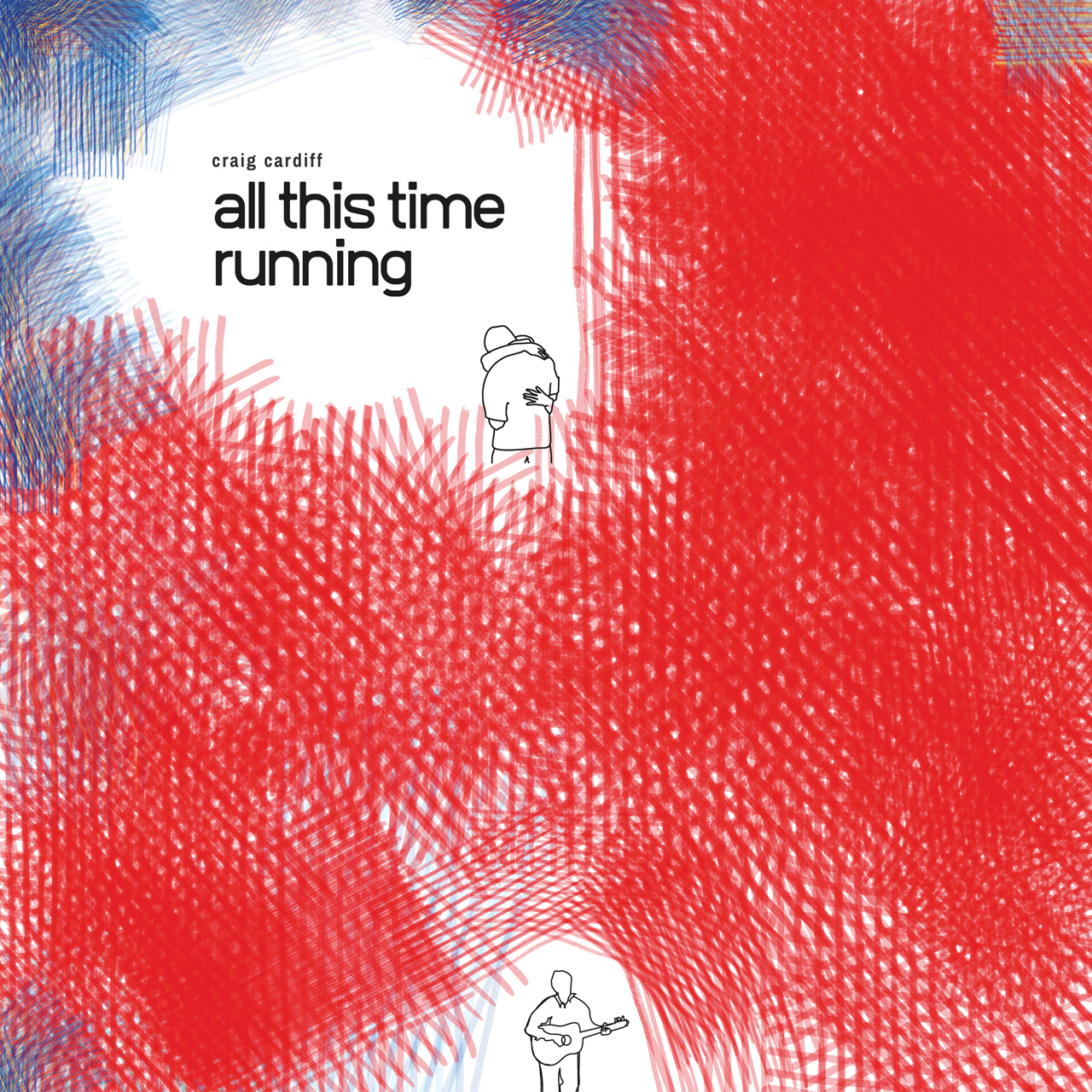 Waterloo-raised, Ottawa-based indie folk legend-in-the-making, Craig Cardiff, sets out on his latest musical journey with his warm and gripping new single “All This This Time Running” ahead of his new album of the same name -- available now!

Check out the single “All This This Time Running” on YouTube here:

The three-minute-six-second single is an indirect ode to Cardiff’s long withstanding journey exploring the frontiers of, not only the Canadian, but international folk music realms, while coming back to his roots as a musician. The message is also indicative of our personal journeys we embark upon; always coming back as a stronger, humbler, and wiser version ourselves.

To quote Cardiff himself: “All of the movement and all the activity is only to arrive where we've been for a long time -- Home.”

“All This Time Running” is a splendid piece laden with nimble frets and melodious keys, accompanied by gentle snares and pleasing plucks of the banjo. The musical elements are serenely aligned with Cardiff’s signature warm, scratched, and mellow voice taking the helm. If the music is the driver, the uncompromisingly human and poetic nature of the lyrics are, undoubtedly, the vehicle for this single.

The single is one showcase of the works featured on the All This Time Running album. The 11 track entry also marks his debut on True North Records.

When reflecting about his upcoming release, Cardiff feels like this collection of material is his most well-rounded and career-defining work to date.

"It's the biggest thing I've ever done," the humble, soft-spoken father agrees, in a rare moment of pride. "It didn't start out that way. I didn't have that scope and scale in mind at the beginning. It just kind of grew that way. It was actually kind of a gift."

The musician credited COVID for how this latest release came to fruition, while being mindful and sympathetic towards the hardships and uncertainties which the pandemic has caused many the world over.

“I never had time to pause like this before,” Cardiff reveals. “It scared the hell out of me at first. Everything went out the window; we had to rejig and scramble. It was like Mad Max.”

Always being able to find the light in the darkest of situations, he then continues by saying, “It became a positive. We were able to access some players we wouldn't have been able to otherwise. And the time to sit with the songs and the recordings — that was critical."

“All This Time Running” is the second single to delight fans and win the hearts of new listeners. The first single, “Yellowknife”, has already received a nomination for Canadian Folk Music Award for Single of the Year.

To say Craig Cardiff is active as an artist is truly an understatement. While All This Time Running is his first album of new material in six years, Cardiff has independently released an astounding total of 25 albums and EPs since his debut release in 1997. He has been nominated for a JUNO award for Roots and Traditional Album of the Year for his 2012 album, Floods And Fires, as well as a Canadian Folk Music Award for Contemporary Singer of the Year, in the same year. He credits the likes of Bob Dylan, Paul Simon, Elvis Costello and Leonard Cohen as being inspirations for his music.

Throughout all his time running, Craig Cardiff has played festivals and concert stages, alongside indie icons such as Glen Philips, Kathleen Edwards and Sarah Harmer, as well as Canadian heavyweights such as Hawksley Workman, 54-40 and the late Gordon Downie. The limelight hasn’t quelled his values, as he still gravitates towards playing more quaint venues like backyards, coffeehouses, church basements and prisons in search of that sense of community and connection.

Cardiff remains humble about his achievements and accomplishments. At the forefront, his approach to songwriting has always been about connecting with his audience and nurturing a sense of community. He views his talents as a calling, going as far as to label his artistry as a commitment, even a mission.

“I need to know I'm singing to somebody who connects with my songs," he says. "The goal is to take a roomful of strangers and bring them together.”

Many performers follow similar approaches, by way of stage presence and audience interaction. Cardiff goes further to build that connection with his attendees on a much deeper and personal level. At his shows, he is known to pass around, what he calls, his Book of Truths. Only for people who wish to contribute, he asks those in attendance to contribute something personal -- an admission, a desire, or a secret -- that one might be too worried or scared to say out loud. Some of these inscriptions inspire him to write songs. Others compel Cardiff to seek out the contributor personally to offer hope and reassurance. It doesn’t stop there. While on the road, he stops at schools to facilitate songwriting workshops to encourage and inspire children to pursue their creativity.