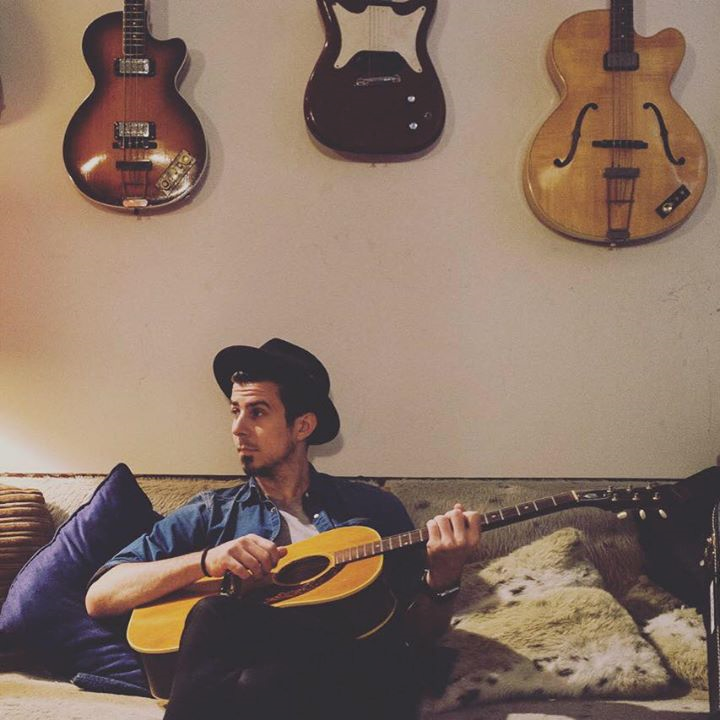 Tampa, Florida native Dru Cutler, now a Brooklyn transplant and a respected member of the Big Apple indie music community, has released a two-song EP sampler previewing his upcoming full-length studio platter Bring Closer the Distance. The two songs, a cover of Leonard Cohen’s lesser known gem “Dance Me to the End of Love” and the original “Oceanside”, are wildly different in some respects. To his credit, Cutler isn’t content with merely aping Cohen’s original as a form of backhanded tribute or whatever else and instead, recasts the song as a whiskey-soaked dancehall number. The rockier strains of “Oceanside” and the personal nature of its lyrical content provide a striking contrast for listeners without ever seeming like an ill-fit. Cutler’s unabashed confidence in tackling material from one of the 20th century’s most respected songwriters gives me kind of a jolt and his willingness to make the tune his own stands in stark difference with his lesser contemporaries who would have pursued the path of least resistance if they bothered to cover the song at all.

There’s an interesting mix powering “Oceanside”. In some senses, we have a very common guitar driven number with this song, but Cutler upends our expectations some. There’s a near ghostly keyboard swell accompanying the vocals and instruments for the bulk of the song and the guitar work has a solid base but incorporates dissonance to noticeable effect, Cutler has a talent for crafting songs with impressive choruses and bridges – “Oceanside” is no exception and the subtle lift listeners experience as Cutler shifts into these particular passages is quite satisfying. Despite the aforementioned dissonance gnawing around the edges of the guitar playing, the song definitely benefits from the inclusion of a nice melodic guitar solo in its second half and Cutler’s vocal is likewise a wonder as it moves from nicely atmospheric singing into higher register vocals during the chorus and bridge.

He has a voice ideally suited for covering an artist like Leonard Cohen. Much of Cutler’s vocal skill lies in his ability to dramatically inhabit lower registers and “Dance Me to the End of Love” allow him to showcase that skill. Despite his changes to Cohen’s original, you can still hear hints and flavors of the song’s most famous performance in Cutler’s own, but his revision even extends to the vocal arena. He varies the phrasing some in comparison to Cohen’s take on the song and gives it a sort of wide-eyed, woozy tone that we’ve never heard before from this song. This is a spectacular one-two punch for introducing us to the upcoming album and it presents two sides of Dru Cutler’s musical character that seems in full accord with one another. The Oceanside EP preview can, likewise, stand on its own as a brief recording. It’s best regarded, however, as a particularly memorable opening salvo from a full-length album that's sure to turn a lot of heads and ears alike.