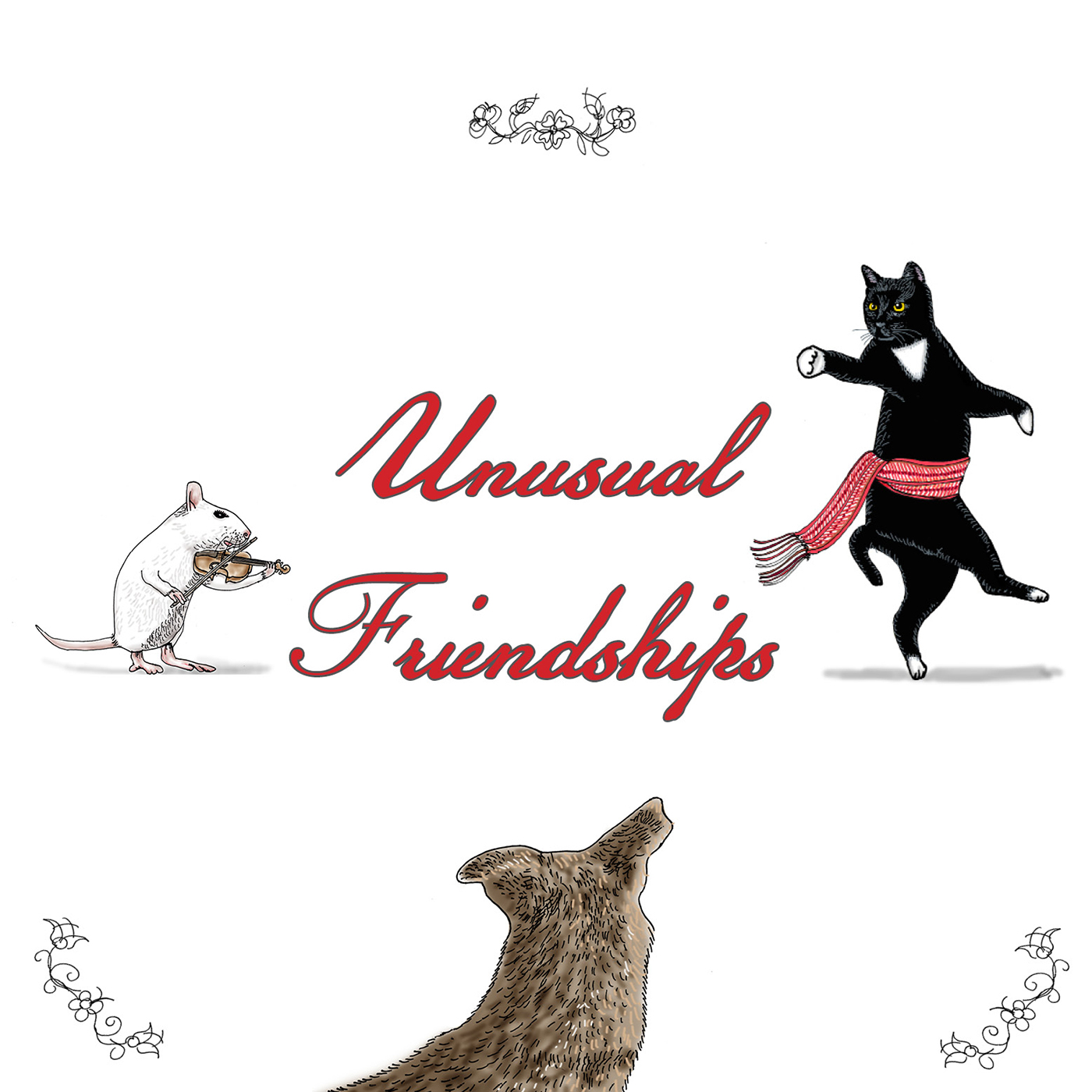 “‘Little White Paws” describes each of the characters in Unusual Friendships and gives the listeners the basic facts to what they are about to embark on,” Culleton shares of the song in its relation to the album. “This first song is sort of a preface to the full story.”

Unusual Friendships and the lead single, “Little White Paws” — which was recorded in both English and French:

With a collection of 14 original songs, the 36 minute-spanning record features a mixture of traditional and contemporary roots song while succinctly retelling the symbolic tale of acceptance and equality relayed through a peculiar friendship which blossoms unexpectedly between a black cat and a white rat. Though rats and cats are thought to be enemies, the dynamic duo stick together throughout Unusual Friendships to fight and earn the respect of others.

The mixed media album is based on the children’s story Unusual Friendships: A Little Black Cat and a Little White Rat, written by the award-winning Métis author Beatrice Mosionier — who is also Culleton’s aunt; the 71-year-old novelist wrote the rhyme-heavy book as symbolism for difficulties Métis persons experience.

As his first-ever children’s album, the Winnipeg-based artist made it his mission to ensure his listeners — whether kids or adults — could be fully-immersed into the musical adaptation. How did he do it, some might ask? Well, he partnered up with an augmented reality (AR) company by the name of Artivive to help turn the exciting listening experience into a wondrous animated experience.

“The illustrations are the beginnings to a new version of the book, Unusual Friendships,” Culleton shares. “I wanted the animals to still be animals, but appear to play instruments, and dance and jig.

“Making the illustrations for the album took lots of time,” he continues, recalling the process. “I redrew the cats several times in trying to give them the right personality. ‘Little White Paws’ is based on a cat my Aunt had named Buddy, and the dog in the story is visually based on my dog, Clara.”

The album features Al Simmons on banjo and harmonica, as well as feature vocal harmonies and French-version leads from Franco-Manitoban musician Andrina Turenne. On top of that, there’s an adorable chorus of “cats” contributed by some of the children in the St. Boniface neighbourhood in Winnipeg. Unusual Friendships was recorded at Scott Nolan’s Song Shop with Jamie Sitar in Manitoba.

Unusual Friendships and the lead single, “Little White Paws” — which was recorded in both English and French.