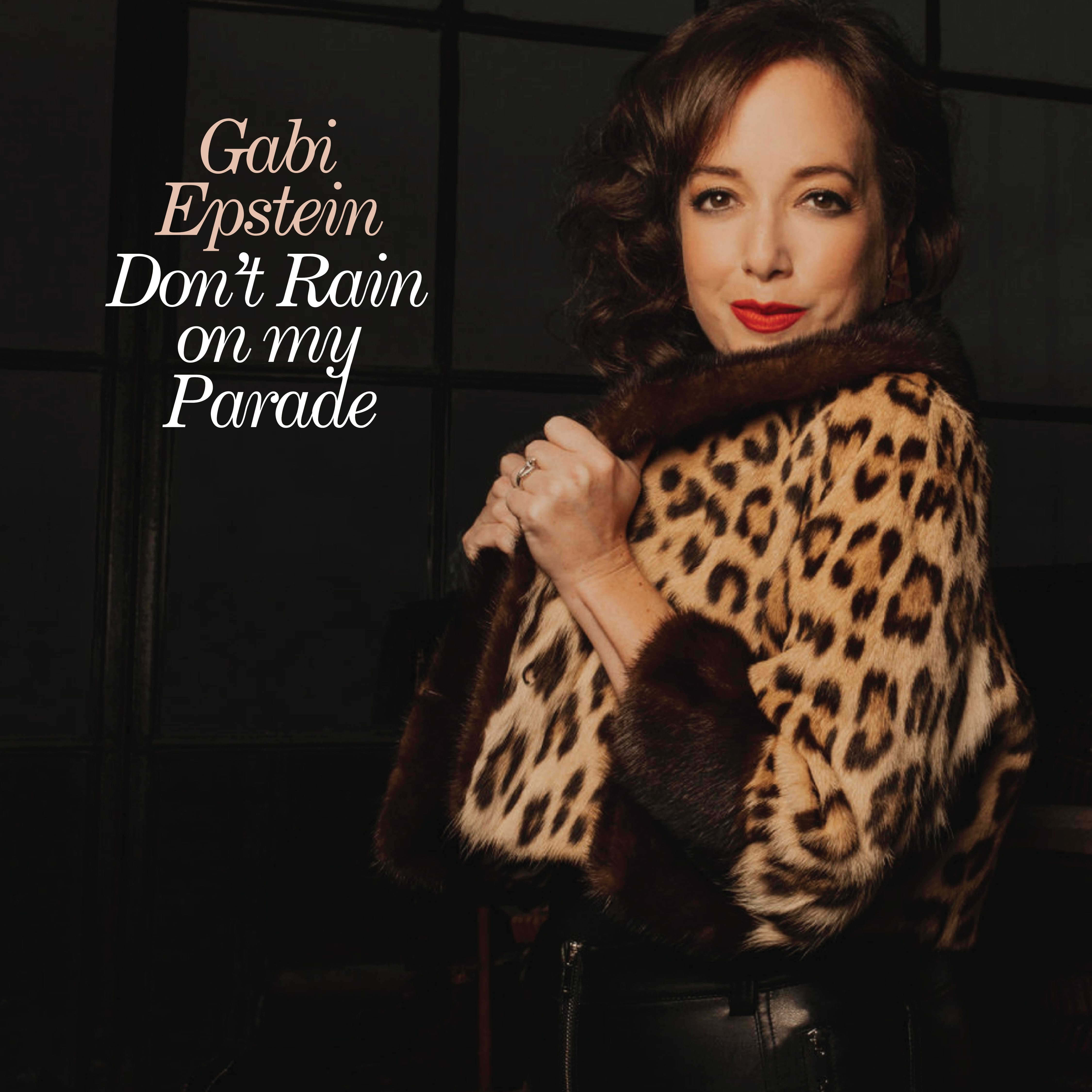 Hailed "Canada's Queen of Cabaret" by CTV, award-winning Canadian songstress Gabi Epstein insists “Don’t Rain On My Parade” with the release of her playful new rendition of the Barbra Streisand classic.

Check out “Don’t Rain On My Parade” on YouTube here:

Epstein’s version of the whimsical, self-affirming hit from 1968’s Funny Girl begins as less theatrical and more reverential, highlighting the beauty and range of the singing and the poetry of the lyrics. Then, towards the song’s final third where there’s typically a staccato, Epstein’s band adds a little bit of Latin flair, which is then where the vocals take on a fullness and theatricality.

The overall result is fun and cabaret-inspired and guaranteed to tickle even the staunchest Babs fans.

Growing up as a young Jewish Canadian woman and aspiring performer, the Toronto-based multi-talented artist looked to the entertainment icon as a role model to help her find her way. Now, as a seasoned performer in her own right, Epstein’s love of Streisand translates into a forthcoming sophomore album, the aptly titled Gabs Sings Babs — set for release this Spring.

“Growing up without a lot of people who looked or sounded like me, I really turned to Barbra Streisand,” Epstein shares. “Babs is a champion of ‘not fitting a mold’ and using her extraordinary talents to prove naysayers wrong.”

The concept for Gabs Sings Babs began as a cabaret back in 2015; Epstein and her producer/accompanist Mark Camilleri had been playing around with different arrangements of Streisand’s greatest hits, and, being a cabaret artist, Epstein decided to use these arrangements to tell some of her own stories.

“My goal for the development of the piece was to find more ‘Gabs’ in this story and to lead with that,” Epstein reveals. “I never set out to do an imitation of Barbra Streisand. It was always about using her inspiration to create something uniquely true to myself.

“But despite my best efforts, the show was still about ‘Babs.’”

Then, the pandemic hit in 2020, and Epstein found that “the great pause,” as she calls it, forced her to think about who she really was and what she wanted to put out into the world, and she began reworking the Streisand arrangements.

“The subsequent arrangements that came out of this time are bold statements of who I am as an artist and person,” Epstein says. “Even though these songs were made famous by someone else, this is the truest representation of myself I have ever put out. I finally found the ‘Gabs’ in all of the ‘Babs.’

Hailed “Canada’s Queen of Cabaret” by CTV, Gabi Epstein is a DORA AWARD winner and one of Canada's leading stage/cabaret performers best known for playing Audrey in Little Shop of Horrors at the Stratford Festival, and Fanny Brice in Funny Girl at the Segal Centre and for the Harold Green Jewish Theatre. Epstein also released her debut album Show Off in 2010.

Her stage show Gabs Sings Babs debuted at the Toronto Jazz Festival and has subsequently been performed at the Segal Centre, Globus Theatre, and will open the Port Stanley Festival Theatre’s season this June.