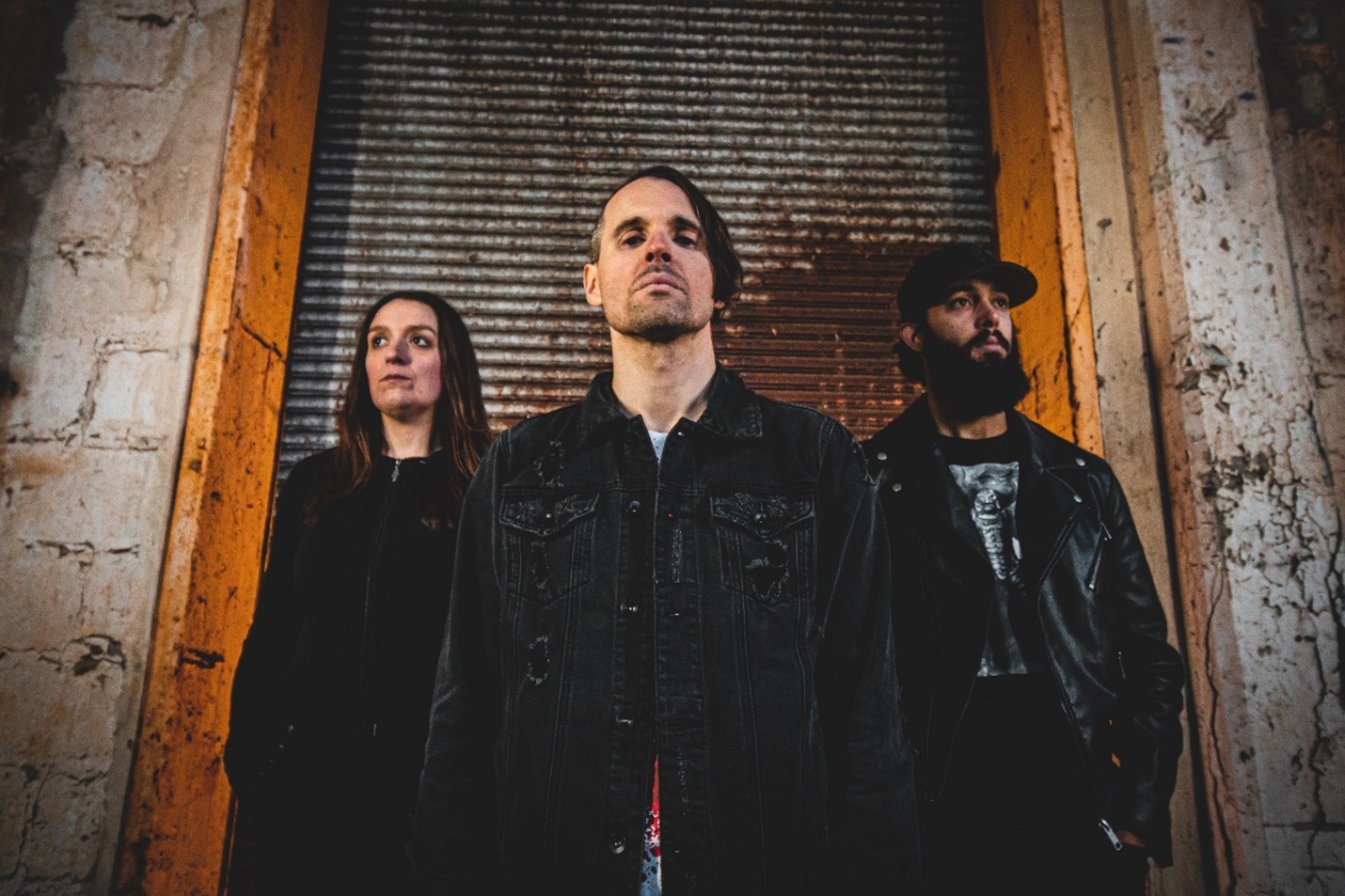 The Ottawa-based three-piece that is Dylan Gunnell, Evan McCluskey, and Stephanie Leger are on a dedicated mission to dismantle the world’s toxic cocktail of conceit, artificiality, perfection and celebrity worship through a heady combination of progressive percussion, driving bass, manic riffs and prescient lyrics.

“Saviour” is no exception as the band unveils a song about “men who believe women need to be saved both from society and from themselves,” Gunnell explains. “The superhero in the video is a man who wants to save, help and support women, but fails because he doesn’t understand them.

True to the band’s ethos to dig deep within both society’s ails and their own — a direction first heard on their eponymously titled 2017 debut EP, NeoNera — the song’s concept reveals something further…

For a time, “he” was Gunnell, the frontman shares.

“The song is deeply personal for me,” Gunnell expands. “It gets to the heart of who I was and who I am now as a person.

“There are parts of me, and I believe many men, whose actions are captured by the lyrics of the song and the characters within the animation — specifically the monster in the forest. These are things that are hard to admit because it means exploring who you are and asking, ‘am I good?’ ‘Am I a good man?’

“This song was written by a different person,” he marvels. “When I wrote the lyrics ten years ago, I thought I was one of the good ones. I used to believe women could be convinced to accept themselves outside the norms of society to be saved from society’s expectations of them.

“What it really amounted to, however, was trying to convince women to become who I wanted them to be. This is obviously wrong, and it’s something I’ve worked long and hard to change.

“That’s not to say there aren’t times women need support from men, but we should do this by voting to ensure their reproductive rights are upheld, and respecting a woman’s choice for how she wants to be rather than projecting our fantasies, wants and desires on them.

“So am I good now? The lyrics take on new meaning now as I understand exactly what I was. I mean, I knew what I was, but I wasn’t willing to accept it. This is how we grow; part of what I love so much about music and writing lyrics is the ability I have to get these feelings out there — to know where I was, and to remind myself of where I need to be.

Beyond the ‘superhero,’ “Saviours” video is rife with additional symbolism. “The doll in the video is bound in chains of her own making, and is the parallel to the actress in the video,” McCluskey says. “Eventually she breaks her chains, realizing she doesn’t need anyone but herself to be saved.

“The doll represents the modern woman,” he continues. “Open-minded, intelligent, and unwilling to let society, or even those closest to her, dictate who she will be.”

“The monster in the forest represents the unwanted attention women face,” Leger adds. “Perception is everything and, while a man believes he is being romantic, a woman may feel hunted.

“The cat is the corrupt politician who believes they know what’s best for people and uses religion, regardless of whether they are devout or not, for profit and power. The crosses represent an attack on women’s reproductive rights, way of life, and the fight for equality.

“Ultimately, the superhero cannot defeat the cat or the crosses because he doesn’t understand what the doll actually needs in order to be saved.”

“‘Saviour’ is representative of the band as a whole, both in sound and lyrics,” Gunnell says. “We’re living in a neon era where the bigger and brighter, the better.

“As a band, we’re about revealing uncomfortable truths, even those deep within ourselves. We are inspired to write about injustices in our systems, but also look inside ourselves. Because of the writing process, it’s cathartic — it allows us to explore ourselves and reevaluate who we are as people.”

“We know music can only go so far, but our hope is that people will reflect on what they hear. So if the lyrics and images from ‘Saviour’ make you uncomfortable as a man, that’s a good thing — it means you’ve got a chance to be better.”