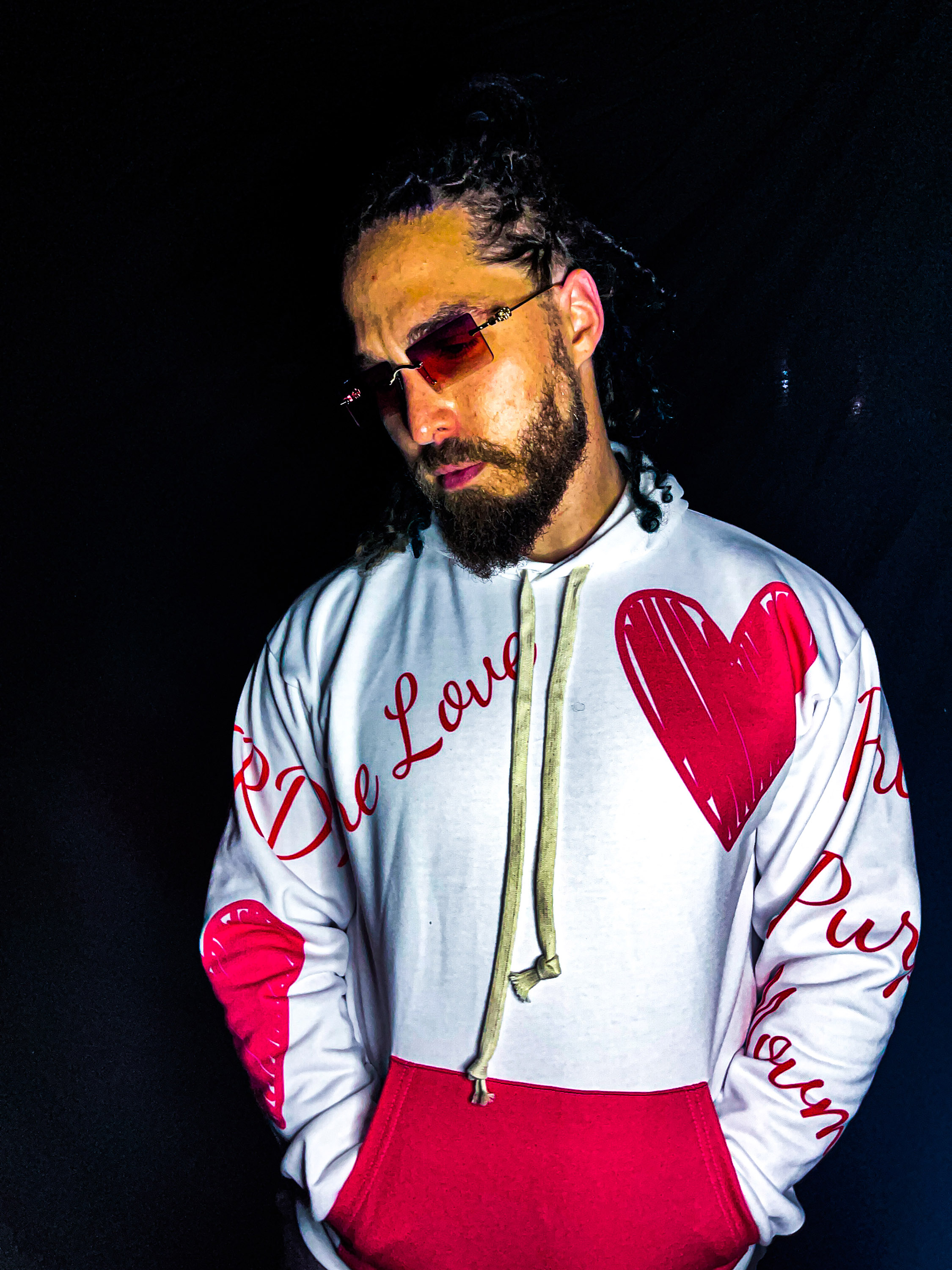 Great highs can be accompanied by great lows, and Edmonton, AB-based artist JusJrdn — an impassioned creator who wears his life’s trials and tribulations unabashedly on his sleeve — is here to talk about them, flexing his magnetic zest for life alongside some equally infectious rhythms in this, his newest single, “Ur Luv”.

“Ur Luv” is part and parcel of JusJrdn’s newest project, the Olympus album. Bringing his now-trademark “insane high-energy” to the recording studio, JusJrdn reflects on new love after a rough trip to rock bottom. “In May of 2018, as I was preparing to tour Europe, it all fell apart,” he recalls. “Some business deals went chaotic… My girlfriend left... And I faced the challenge of running my personal training company, F.R.E.E. Fitness.”

Watch and listen to “Ur Luv” on YouTube here:

After learning about some of life’s ups and downs the hard way, he shares, rapper decided it was time to come back ‘better and stronger than ever.’ There and then, committing to a dedicated health regimen and considerable soul-searching, he got ‘back to work,’ he says.

“I had hit a wall, and what followed was a period of isolation, depression and crippling anxiety. But then, after some time in isolation to heal and rejuvenate, reading and meditating daily, along with an intense workout and fasting schedule, I found my way back to the light — better, faster, stronger.”

Once you settle in and give “Ur Luv” a good listen, it becomes increasingly obvious JusJrdn most definitely found his light once again — whether it’s whoever the lucky girl in “Ur Luv” is, or the result of manifesting his own passions into reality. Either way, JusJrdn is back, and better than ever.

“The concept of this album originated once I started to take a deep dive into ancient Greek philosophy, exploring the idea that you are a God,” he shares around the concept of the Olympus. “There is this power inside yourself that is intangible, unexplainable, and that being human is being Godly.

“A lot of the growth I experienced as an artist came from growing as a human, and as a man,” he continues. “I learned a lot about myself while I created this art: a lot I liked, and a lot I didn’t like…. In fact, a lot I hate — and I am still working on that.”

When you get a chance to know JusJrdn, it’s clear listening to his music is almost a double-entendre. On one hand, its poppy, up-beat, feel-good hip-hop is easy to get behind and throw into any daily listening playlist. And on the other hand, when you give it a critical listen, that is when you find the soul and deep-rooted growth buried in the rhythms and lyrics. It almost becomes a learning experience for the listener; an opportunity to reflect internally.

“I listen to a lot of podcasts, from a lot of people,” he shares, “and I found a lot of really cool, almost like ‘modern stoic’ quotes that fit into the whole Olympus vibe. I think they are small nuggets of wisdom, and this album we can learn something from.”

One such lesson is perseverance and resilience, and — through the fire and flames of life — JusJrdn has emerged the other side a victor of his own shortcomings. From here, he bestows the power of self-worth and manifestation on his listeners through fantastically produced hip-hop. JusJrdn has an excellent team behind him on this Olympus project, and it shows through the infectious energy contained in “Ur Luv.” It is obvious this energy is passed from the music to his fans, and it’s hard to imagine they are any less excited about the new Olympus album than we are.