Skip to main content
If One Thing’s For Sure, It’s That Four-Piece Rockers Dutchman Are Anything But “Going Nowhere” 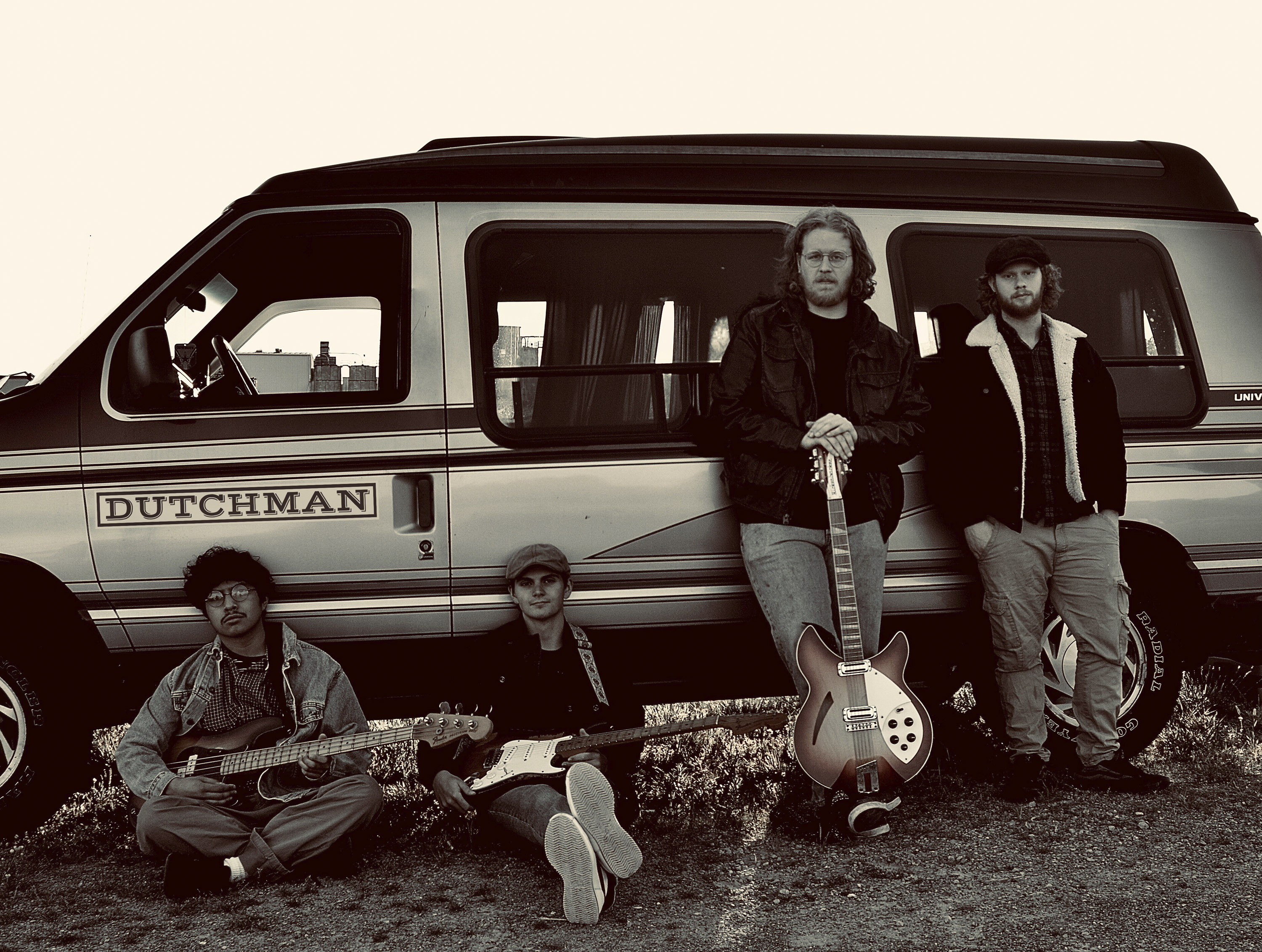 Dutchman brings a statement to their sound in directions that make you Rock, make you Roll, and keep you hanging along for the ride. Always feel at home with their groovy piano-based ballad, “Going Nowhere” – check it out on YouTube here:

It’s the “Hear You Me” of Jimmy Eat World. The “My Immortal” of Evanescence. It’s the “Good Riddance” of Green Day and the “Broken” of Seether. “Going Nowhere” is the vulnerable counterpart of Dutchman's signature rock and roll. And it leads the listener down a soundscape of fondness for looking back.

The four-piece rock outfit from Delaware formed in late 2017, and have steadily collected fans and friends throughout the music community online and around the world ever since. Their commitment to well-produced originals and top-shelf promise of authenticity has seen the band make strides while they push genre boundaries, and carve a sound they can neatly call their own.

“Going Nowhere” is included on the band’s upcoming album; their follow-up release to the widely acclaimed ‘Dutchman Volumes 1-3’. It acts as a twin flame to the upcoming, “Springfield ‘79”, and broadens Dutchman’s uncanny ability to level up their songwriting by continuing to produce well-rounded music that touches every level of the human condition.

For Connor Johnson (Rhythm/Lead Guitar & Vocals), Garrett Gravatt (Rhythm/Lead Guitar), Yamir “Fez” Alicea-Rivera (Drums), and Franco Solorzano (Keyboards & Bass Guitar), Dutchman music acts as a representation of who they are as a whole. “We have since collected over 30 vintage and newer reissue instruments to authentically represent what we bring to the table, check out the classic sounds and more on our current and upcoming releases.”

Now into their fifth year, and with the pandemic looming, Dutchman are digging deep into their roots and love of vintage music to propel themselves into their next level of flow and sound to their recordings and performances. “We’ve decided to really trim the edges and get down to the bare basics of what we’re about,” says Johnson. “Collectively our heaviest influences span from the 1950s straight through the 70s and the best way to pay homage to that sound and feel is to use the gear and tools our heroes had used that inspired us.”

Adds Gravatt: “This single is by far my favorite project to date. The gang has really been coming together nicely, just meshing in every way. The way I see it is, what better way to strike an audience than to show resilience in an unmistakenly meaningful song, all the while broadening our sound in the process.”

“Going Nowhere” bleeds keys with organ, their signature heavy percussion with well-placed electric riffs that compliment the melody and general vibe of the song leaving you both remembering and recollecting.

Dutchman take “Going Nowhere” straight to a hat tip of yesteryear, calling on your memories like a reel-to-reel tape playing on a crudely constructed projector screen of dusty bed sheets in an idle attic. It’s a trip you may not have been planning to take. But you’ll be plenty happy you thumbed a ride “Going Nowhere” with Dutchman.

“Dutchman stands with Ukraine and supports Delmarva Musicians for Ukrainian Relief,” the band share. “Through our friends at Frantic Frets, we became aware of this group of volunteers who are providing direct aid to the refugees of Ukraine who have been under attack for over a month by Russia. If you have been wondering how to help, we encourage you to donate to connect with us and this group to learn more about how to help.”