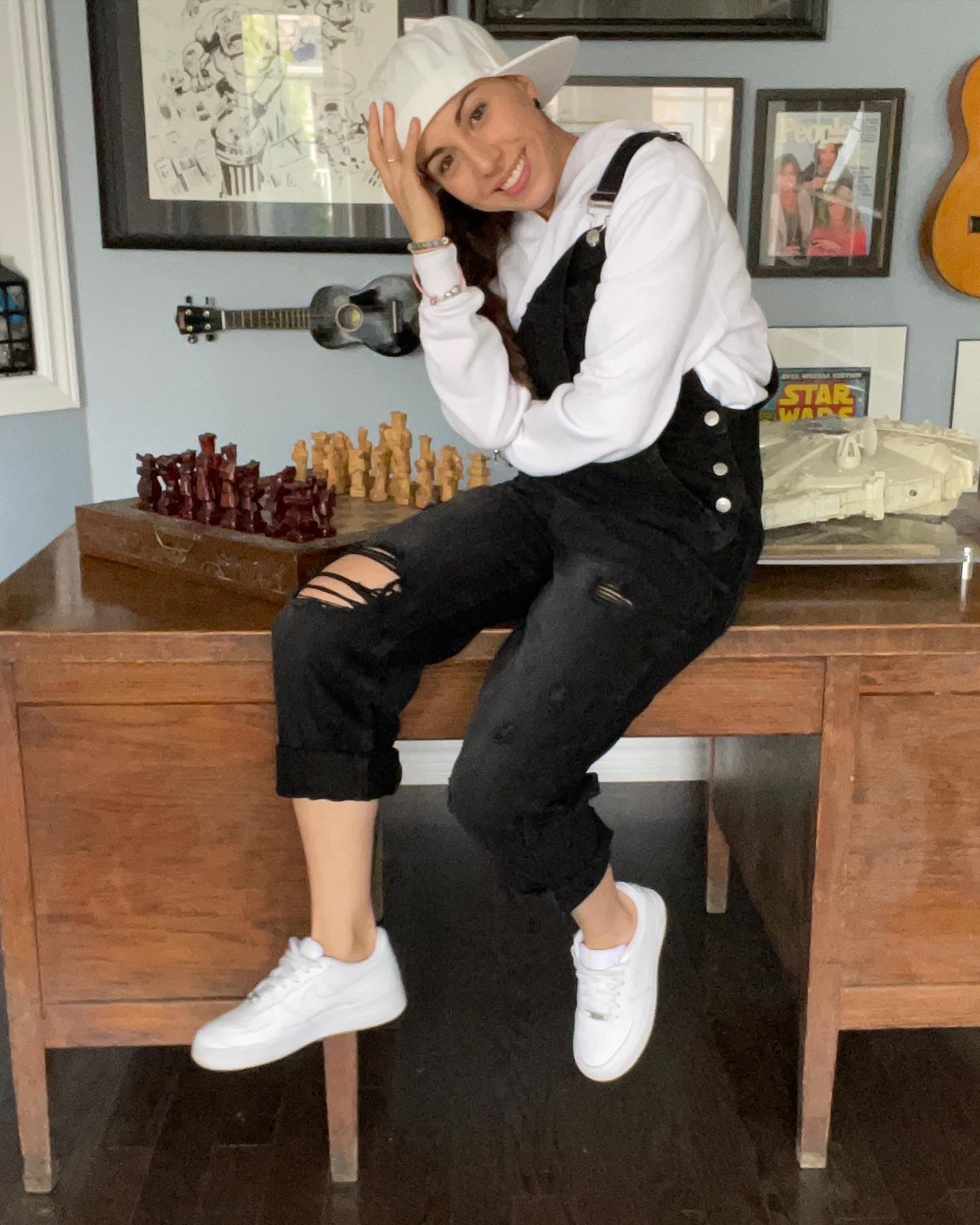 When the familiar catchphrase ‘I love you to the moon and back’ comes to life, you have Canadian pop artist Ana Pac and her cosmically catchy, romantically rocket-fuelled new single, “Blast Off (Light Years and Beyond)”.

“‘Blast Off (Light Years and Beyond)’ is about now understanding all the love songs ever written,” Pac shares. “It's about the word ‘love’ not being strong enough to describe what you are feeling.”

Check out “Blast Off (Light Years and Beyond)” on YouTube here:

In addition to being about finding that special person who changes everything you ever thought love could be, it’s also quickly turning into a LGBTQIA+ anthem on TikTok thanks to her tribute to her fiancée Jo; the two met by way of TikTok’s algorithm, and they now have a large following as a popular couple on the app.

“Blast Off (Light Years and Beyond)” prepares for take-off with a wah-wah bass tone evoking a spaceship’s time warp — an appropriate opening for a song with such a distinct late ’80s/early-‘90s pop sensibility. The Montreal-born, Toronto-based artist’s vocals are crystalline, and infused with a sincere, energetic sweetness reminiscent of early-career Janet Jackson, Paula Abdul, or Shanice’s unforgettable 1990 crush ballad “I Love Your Smile.” The vocals, along with playful lyrics about a romantic space odyssey, take center stage against a backdrop of clean beats and simple, well-placed harmonies.

Baby we can blast off!
I’ll take you to the last stop
Flying high until we reach the top
Tell me your desire
You know I’ll take you higher
Out among the stars where we belong

“Blast Off” is Ana Pac’s third single, and follows the K-POP-inspired “This Is…,” and EDM single “Down In My Whip” — the latter of which enjoyed heavy rotation on Z103, and other hit stations.

As a talented dancer, Ana Pac has appeared in many films and TV shows, including Work It (produced by Alicia Keys) and Feel The Beat — both released in 2020 on Netflix.  And if you are a fan of speed-skating, you may recognize the name: Ana was one of Canada’s top speed skaters in 2012, and she has now channeled that work ethic and drive into her music.