Skip to main content
The Manic Boys and Girls Club are In Session: Toronto Rockers Release “Blacked Out” 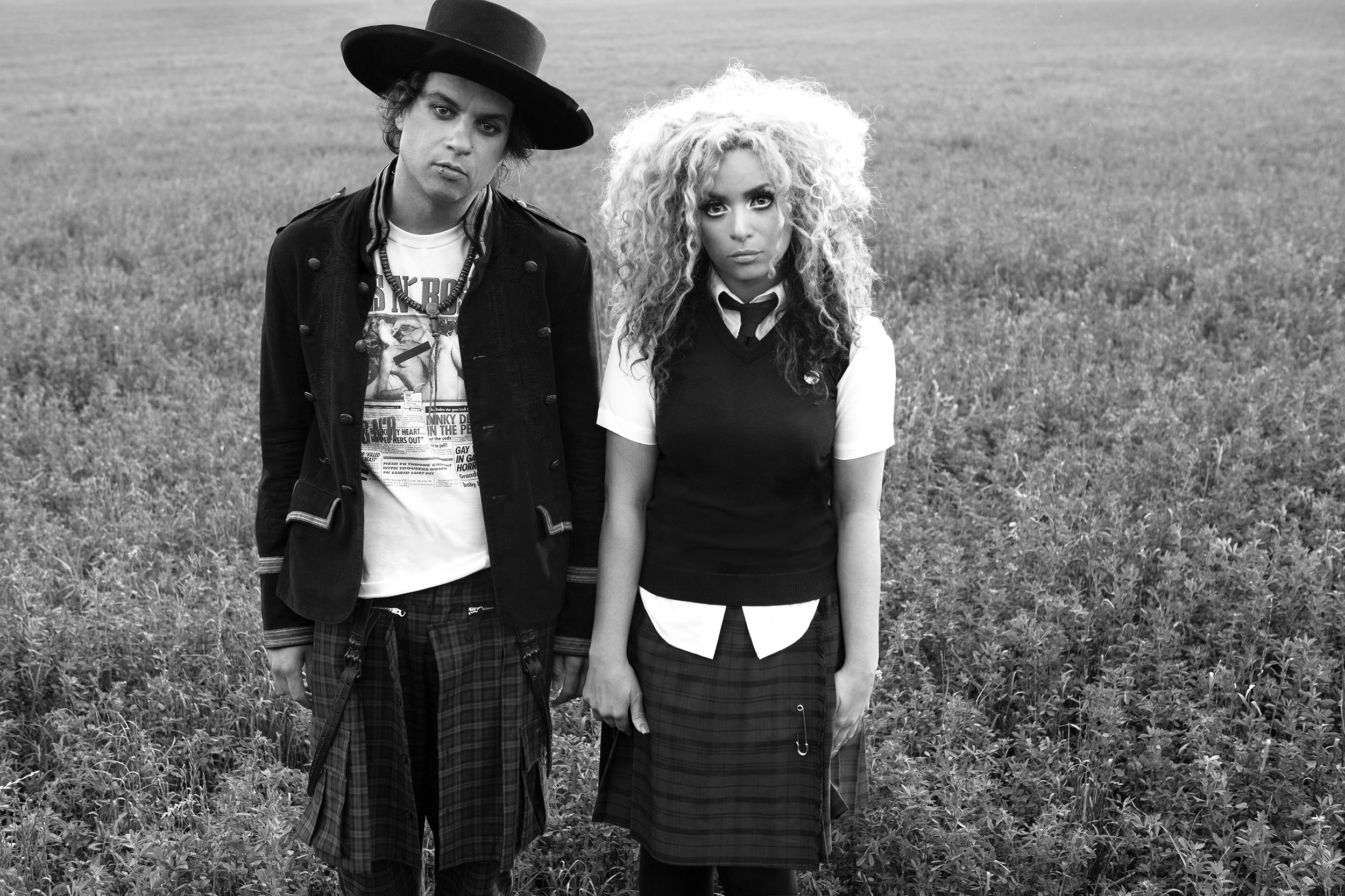 Wait, is that a screeching halt to the sonic vibe of 2021? Or have we just “Blacked Out”? Maybe it’s a bit of both, or at least seems that way when you blare the speakers on the debut drop from Canadian Rockers The Manic Boys and Girls Club — available now!

“’Blacked Out’ is a cry for help disguised as an upbeat dance floor banger,” The Manic Boys and Girls Club admits. “We're lost, overmedicated, depressed and hiding behind bathroom selfies, late nights, and lip gloss.

“Raised strict Catholics, children of immigrant parents, and sent away to live in rural Portugal with their grandmother — who had previously been a nun — The Manic Boys and Girls Club is more than a band,” co-fronts Bela and Fernando Ferrieira explain. “It is an escape from the submissive existence that was reality, an escape from the disposable music packaged for the masses, and an escape for any misfit looking to join the club.”

“Blacked Out” rages out of the gates, unrelenting in its pulsating bass and ineffable synth. The song doesn’t dare you to move; it demands it. It’s the track you find yourself spinning inside under a kaleidoscope of disco ball diamonds. The song you crank to eleven, while you’re dancing with your headphones. It’s the jam that gives you permission to disappear from reality for a moment. To slide into a soundscape far removed from the daily drab of everyday life. The beauty is in its escapism.

A myriad of synth, hammering percussion, catchy riffs and melodic hooks, “Blacked Out” is equally a dance bop as it is an homage to all that worked for the OG indie artists of the early 2ks. Should Dragonette have asked Mother Mother on a date, perhaps they’d spend the back seat of the car producing “Blacked Out,” the super-charged single putting this sibling duo on the map.

As for The Manic Boys and Girls Club’s co-fronts, the pair share equal responsibility to the group: Bela’s haunting vox, balanced with Fernando’s savoury harmony, their dual talent snagged the attention of producer Gavin Brown (Glorious Sons, Billy Talent, Mother Mother), who would go on to produce their EP. “We are pretty stubborn and very opinionated when we work, so the fact that an award-winning producer like Gavin Brown put up with us, and actually saw eye to eye with us on various ideas, feels like a miracle,” the band explains.

The result is a collection of five songs recounting the two loners' experience touring in a van, as well as relationships, and bad habits. “Every song starts with a lyric and a melody,” they say. “No matter how it is produced, every one of our songs can be a lullaby.

“When we play as a duo, our music is heard as it was initially written.”

For Bela and Fernando, the essence of songwriting comes from growth in the studio. Eternally tweaking, ever adjusting, the songs they bring to the recording session can continue to shapeshift and morph entirely. “The two of us have always agreed that a song is never finished,” they say. “You just choose to stop and record it at a certain point.

“So as we play music, perform, whatever... We continue the development of these songs. Everything keeps growing. A song we recorded months ago may continue to evolve in our rehearsal room, and be performed now sounding pretty different.”

“The obvious limitations of an indie band create a demand for higher creativity in everything we produce,” they continue. “There is nothing to hide behind. Our ideas have to translate in their simplest, low-budget form. Everyone involved is there because they believe in what we are creating. There is a sense of ‘nothing to lose’ when you are an indie band. So, we kind of go for whatever we feel even if an idea seems crazy when we say it out loud.”

It’s the fearlessness of their ideas, and their shared love of risk-taking that lands The Manic Boys and Girls Club in a lane all their own. Traveling down a rock highway and picking up pop and dance hitchhikers along the way encapsulates a sound they’re equally rediscovering, and reimagining.

For those who fell hard for the earliest rock/synth crossovers of the early 2000s, join the club. The Manic Girls and Boys Club. There’s always room for one more misfit.