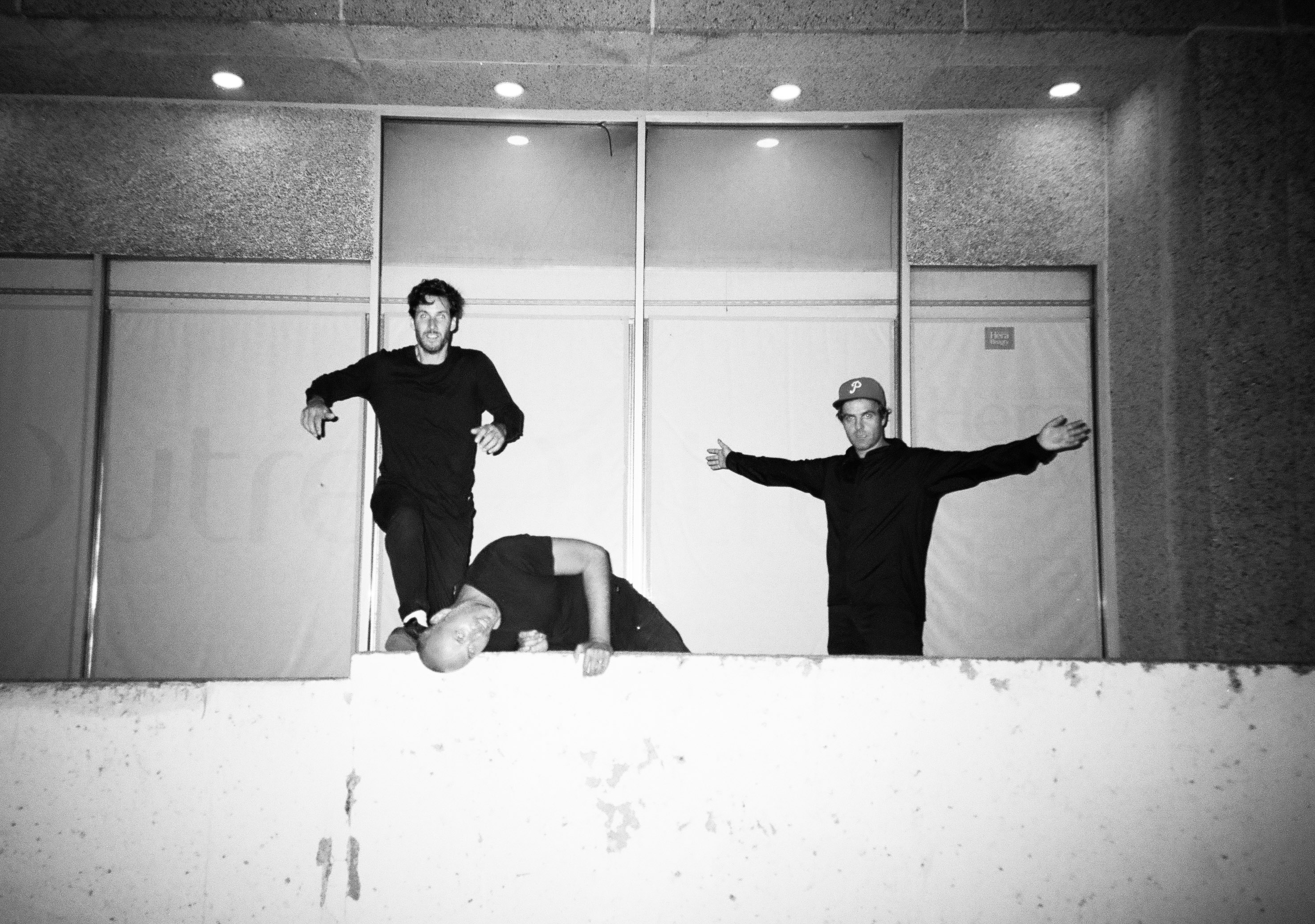 Pressing play on Canadian rockers AXLAUSTADE’s new single, “oui no na” — available now — is akin to giving the trio a chance to breathe life into the language of an era... A post-modern grunge apocalypse, in fact. And one that’s solely instrumental — the words laid lyricless, deep inside the melody.

10-tracks tall, “oui no na” — and the surrounding LP — bears witness to exciting new songs that vary in length, strength, volume, and vigor.

With the album’s offerings intertwined into an exciting journey of self-exploration, and losing yourself in the story, for the band itself — members Jonathan Dauphinais, Steve Dumas, and Francis Mineau — AXLAUSTADE are luminous mornings, and nights filled with jamming in dark spaces.

It’s striking the chord between what moves you, which riffs lift you, and what percussion outlines the beat of a drum while pulsing to the rhythm of your soul for the Montreal-based trio. When AXLAUSTADE becomes one with your speakers, they become one with your consciousness, too.

Who is AXLAUSTADE and how did he find his way into the alley of my mind? Into the troubled vortex of my heart? Speaking in the language that soothes and calms — even those prepared to cause anarchy and chaos?

“979 years before the third millennium, AXLAUSTADE invites himself into your home — no sweat,” writes the legend, adding, “AXLAUSTADE is a language of an era, a decade of used illusions and promising riffs. He remembers the eighth of august nineteen-ninety-two in turmoil and decibels, but prefers to imagine things differently. He likes the optimism of various reverbs and birdsongs. AXLAUSTADE towards a silkier new beginning.”

The striking force of AXLAUSTADE’s lead single “axl au stade” bore the fruit of a trio forged to propose a modern approach to grunge and instrumental music. (The adjacent music video is a lo-fi, mishmash of formulating images, nearly stepping out on top of one another, but escaping without recourse.)

“oui no na” slips quietly in line behind the breakthrough debut single, working timelessly to follow the former’s lead.

There is no pause. The music continues. The trek pushes forward.  Where the group leaves off, the listener is dared to interpret. The experience becomes two fold — that of AXLAUSTADE’s writing, recording, sharing; and that of the recipient — the one who leans back when the needle lifts off the album.

They think. Examine. And then drop the needle again.