Skip to main content
No Illusions Here! This Is Real Rock From Toronto's FAKE MAGIC And Their New Album "N.A." 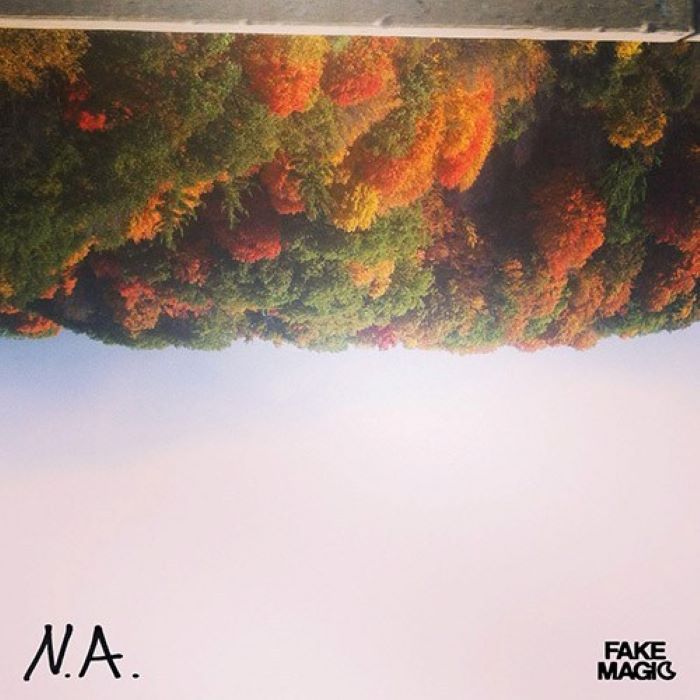 While lead single “Father” is about the day-to-day lives of the Heaven’s Gate cult, the concept around the new LP orbits a road trip across North America — as heard in follow-up track, “Always Nice.”

“It’s an exploration of the unique places and the ‘animals’ of the continent,” Paccagnella offers. “The album art is based on an original photo Greg took while on tour with Whosarmy; the album is meant to evoke an upside-down slide in a slideshow.”

“The initial recording was done in my apartment downtown Toronto at Bathurst and Bloor,” Markham shares. “We incorporated elements of the apartment and street into the songs, like the sounds of fans, car alarms, and sirens.

“Bryan also uses a DIY piezoelectric kazoo on a couple of tracks to ‘fake’ guitar parts.”

Speaking of fake, though, their name… Fake Magic?

“You have to embrace the gifts the universe can dump on you when you just ‘go for it,’” they say of the moniker’s inspiration. “It also comically implies that, if real magic exists… We’re not it.”

They say that, but their long-held connection as friends and resulting collaboration suggests otherwise. Pals since Grade 2, the pair have attended the same grade school, high school, and college together.

“We bonded early,” Markham recalls. “We shared an obsession with Weird Al’s album, Bad Hair Day, and all the music videos from that release.”

“We grew up in the suburbs of Richmond Hill playing a lot of garage and basement rock,” Paccagnella adds. “In 2005, we went to Humber College — Greg for the jazz program, and me for comedy writing and performance.”

Greg Markham went on to play with Whosarmy, winners of CBC’s Cover Me Canada, The Mohrs (now Jackie), and Keegan Powell. Bryan Paccagnella spent years as a writer and comedian, performing sketch comedy at The Rivoli, Comedy Bar, and more; he was nominated for a Canadian Comedy Award with his troupe Plum Thunder and their parody of the Pet Shop Boys’ “West End Girls.”

They started Fake Magic in 2018, and try not to label what they do. “Call it dork rock, indie rock, alt rock…” they say. “Call it Steven. Call it a cab. Take it down to Weird Street.