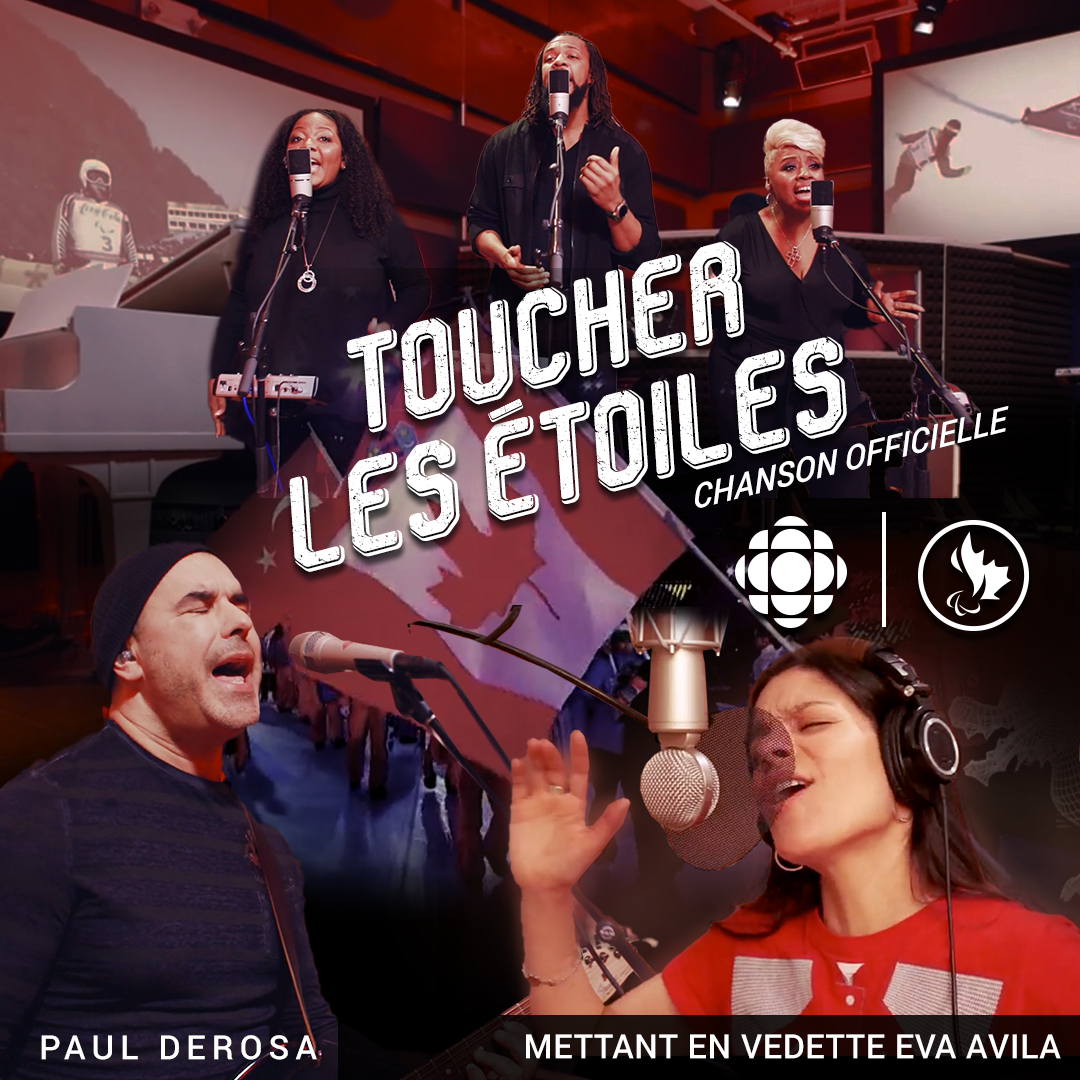 At any time — but especially now in 2022 — love, support, and inspiration for our fellow human beings can never be in big enough supply. That cup can always use a top-up and, in support of and in tribute to all the amazing Paralympic athletes competing in the 2022 Beijing Paralympic Games, Canadian singer-songwriter Paul DeRosa created powerful new theme songs in both English and French to help propel our competitors toward gold medal glory. “Champion” and “Toucher Les Étoiles” are both available now,

Both theme songs are part of the coverage for the Beijing 2022 Paralympic Games on CBC/Radio-Canada, and various streaming platforms, climaxing two years of a creative journey during which the lifelong Toronto musician and songwriter felt a personal renaissance.

“During the past two years, I was fortunate to meet with several of Canada’s top Paralympians and these engagements had a profound positive impact on me,” says DeRosa. “It gave me the strength and courage to move forward despite having our world turned upside down due to the pandemic.”

This new pair of theme songs marks the second time DeRosa’s music has been used for the Paralympics. His song “Shine” became the official theme song for the Canadian Paralympic Team during the Tokyo 2020 Games, which were postponed to August/September 2021 due to our global pandemic.

Watching the athletes compete and strive for their personal bests was a great inspiration for DeRosa. “Witnessing their resilience and determination while they competed at the Tokyo Games last summer, reignited my passion for writing music,” notes DeRosa. “I realized that being a champion is far greater than winning a medal. It’s about our inner strength, and the ability to push harder when barriers appear. It is the essence of the Paralympic spirit.”

“Collaborating with the talented Eva Avila, musicians and technicians, and the Canadian Paralympic Team to compose and perform ‘Champion’ has been a remarkable experience I will always be grateful for.”