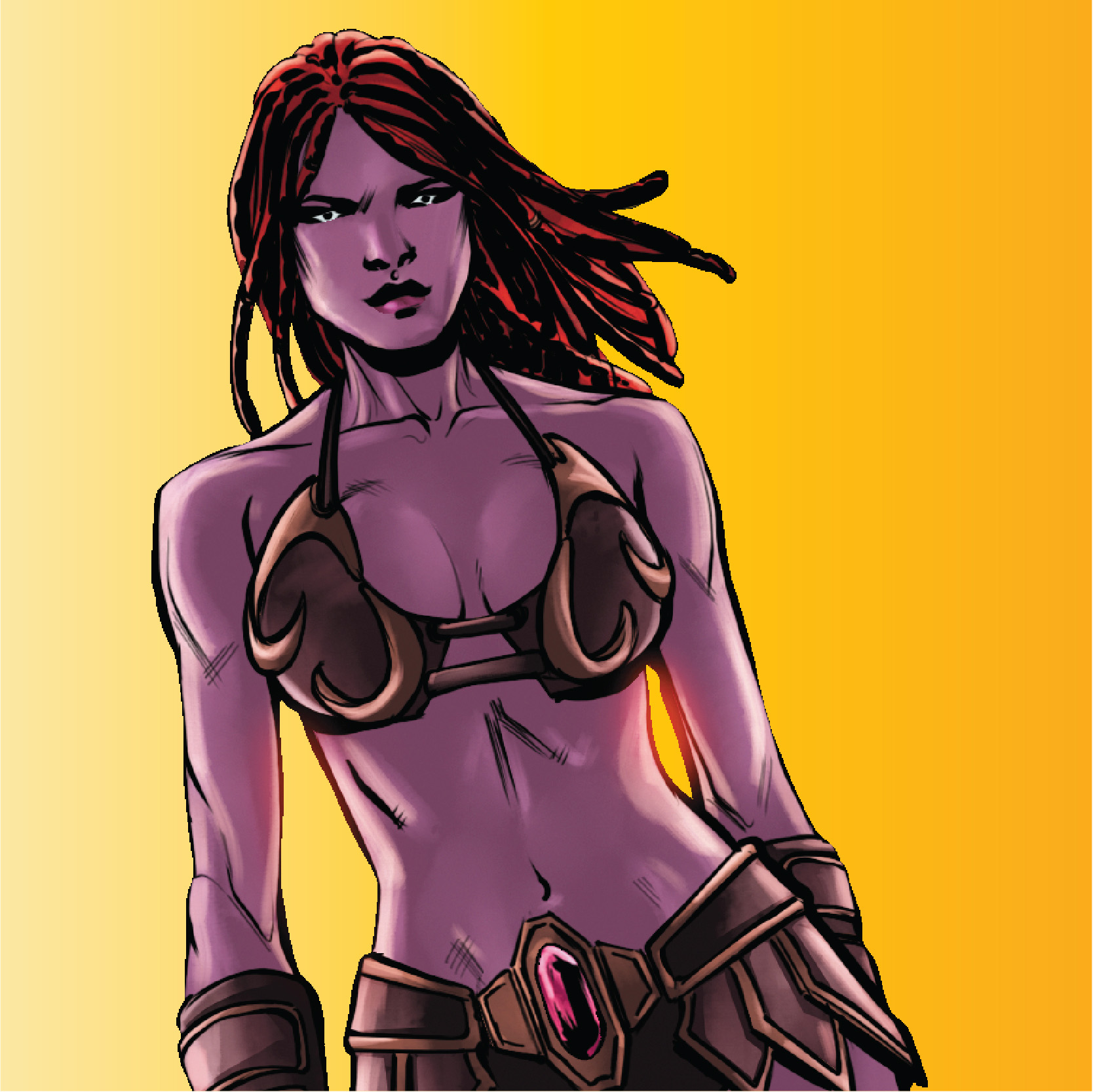 To set the scene... In our own galaxy, on the fringe of the Mega Centarri cluster, a war has all but consumed the blue planet Zederth. After a thousand years of peace and harmony, virtual diva Priz Em and her lover, the musician/scientist Prin Jori Merkanteel aka Stray Horn, are forced to go to battle; not only with an unseen enemy, but also with each other.

As their story unfolds through the graphic novels of Mega Centarri I & II, our heroine has released her own tracks and music videos to “move your spirit and your feet” — one of which being “Heartless” — a near-homage to the pop synth sound of the 80s, laced with the nostalgia of the 90s, all hinging on her deep, Bonnie-Tyler-esque husk that draws you in and keeps you locked inside.

'While Priz Em joins us from a fantasy world, her music is nothing short of real, raw and authentic. Bringing Priz Em to life are Steve Smith and Anthony Anderson of SA TrackWorks, her producers and musicians and her vocals performed by Kat Szutyanyi. The songwriters behind her music are credited to Bruce Irvine, Merlin Rhys Jones, Jack Gunderson, and Kathy Irvine.

It’s a fantastical story of grace and love, perseverance, and grace under pressure. No matter the fiction, the reality of relationships faced with grim circumstances is tied to the human experience. And for Priz Em and Prin Jori Merkanteel aka Stray Horn, their journey is faced with even further dire consequences as they attempt to hold onto one another as they embark on literally saving the world they know and love.

The care, time, and attention to backlogging, cataloguing, and designing our virtual diva is nothing short of a masterpiece.

Further, the music video for “Heartless” is a testament to cinematic marvel, taking Priz Em from page to screen in one sweeping motion. She has become the centrepiece of a new era in creating an artist. She is the dream, willed into reality by her creators.

While the concept of perfecting a holographic figure of a musician is not a new concept, completely designing an entity from thought to actuality is a testament to the sheer level of commitment by her developers. You’ll be invested in her music, mesmerized by her graphics, and captivated by her story.

Currently dominating Spotify, YouTube, and TikTok, Priz Em is light years ahead in her newly crafted tenure. The Mega Centarri universe chronicled in graphic novels are currently hosted by ComiXology and Crypto Comics.

And as for Priz Em herself, expect our virtual diva to begin gracing the stages in 2022. She is, of course, a star among clusters in The World Mega Centarri.