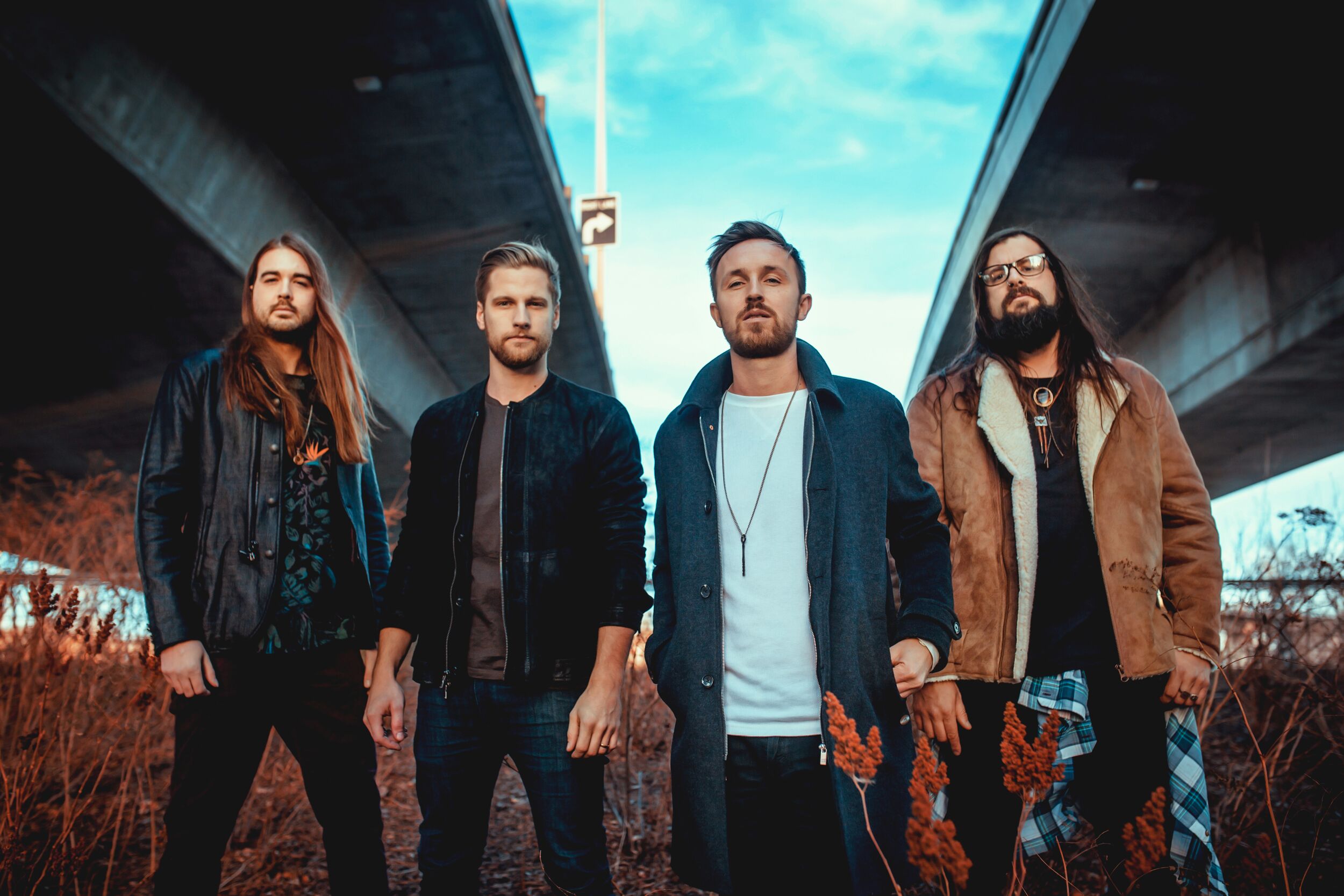 Royal Tusk are ready to share a new lyric video for their song, Die Knowing. The track is from their latest project, Tusk II, released via Entertainment One in 2018. In addition, Royal Tusk will kick off a new decade with a coast-to-coast tour across Canada for their Thunder on the Tundra tour, alongside Brkn Love, Sights & Sounds and Ready The Prince. See below for full details.

Blue-collar troubadours from the Great White North, Royal Tusk are steadfast champions of the majesty of kickass riffs, meaty hooks, a thick bottom end, and loud guitars. The four-piece band born in Edmonton, Alberta mount a high-octane assault on the lazy security blanket, self-aware irony of hipsters and the disingenuous commercial pandering of rock poseurs alike.

This is music with meaning, sometimes even a message, that’s always built around a powerful vibe and uncompromising passion. Royal Tusk is a deeply soulful celebration, brimming with working-class optimism and tempered by renegade realism. On their sophomore-slump-smashing TUSK II, the group summons the effortless energy of an era of rock music when bands weren’t content to merely reverse-engineer hit-making formulas to move units.

Royal Tusk is a band with more in common with Deep Purple and Aerosmith than anything on commercial radio. TUSK II arrived on the heels of their well-received debut, DealBreaker (2016), and their first EP, Mountain (2014).

Trailblazers like Soundgarden, Mudhoney, and Pearl Jam defined success on their own terms, putting artistry and authenticity first. Royal Tusk follows in that fine tradition, revelling in unbridled creativity that is provocative, nuanced, and captivating. The laidback charisma of stoner groove, the polished melodicism of classic and progressive rock, and the energy of punk all collide within Royal Tusk, earning them a steadily building buzz as big as their riffs.

With a powerful live set that mirrors the tenacity of their sound, you can catch Royal Tusk on the road next year. Their Thunder on the Tundra tour will kick off in Red Deer, Alberta on February 9 at Bo’s Bar, making stops through Saskatoon, British Columbia, Manitoba, Quebec, wrapping in St. Catharines, Ontario on March 6 at Warehouse. See a complete list of dates below.