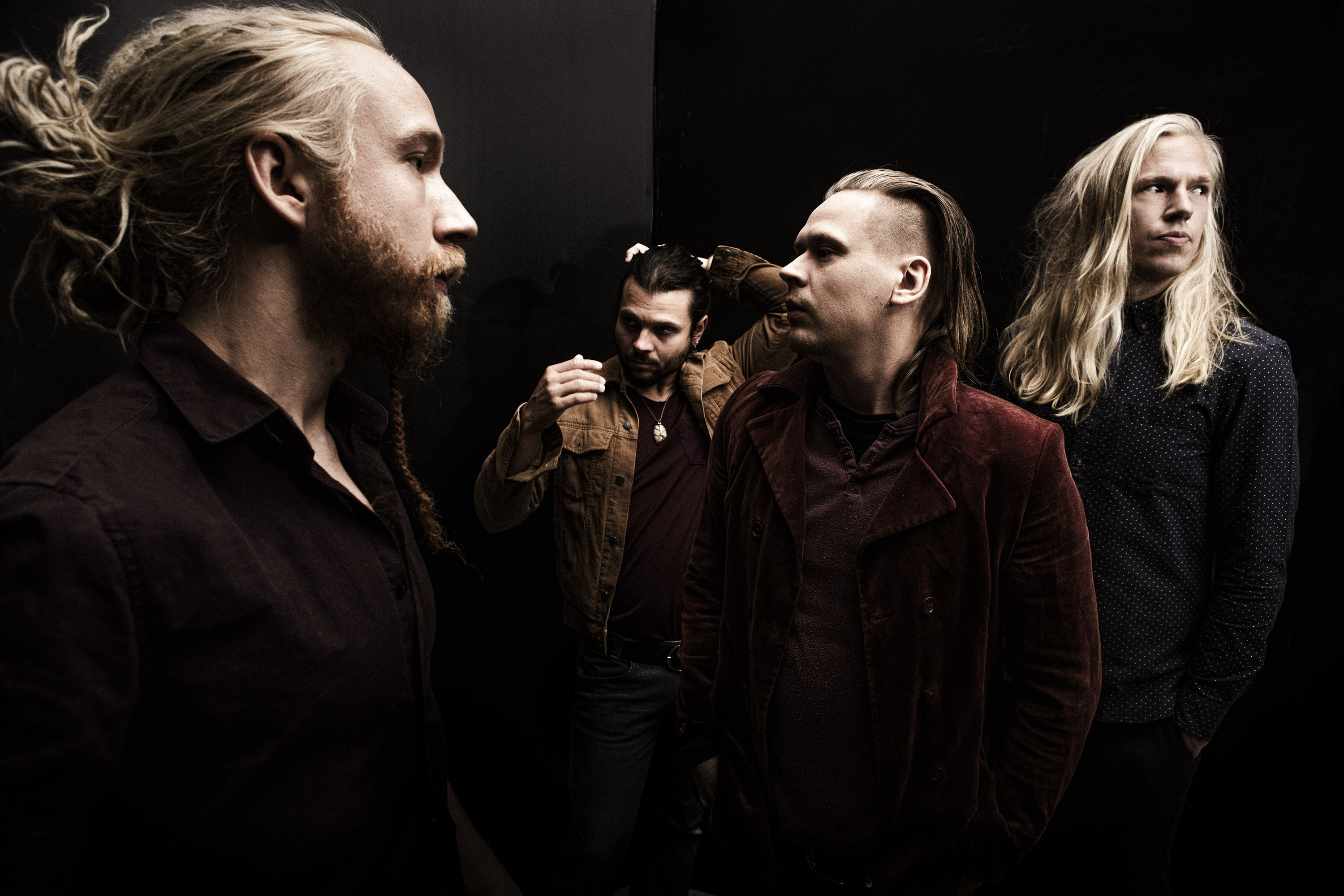 Saddle in to be “Devoured” by the latest single from alt-rockers Gardenhead – check it out on YouTube here:

The thrashing metal anthem from the Finnish four-piece slams out your speakers with a mission: keep the listener wide awake, horns in the air as the band — Jonne Nyberg (vocals & guitar), Antti “Andy” Silkelä (drums), Eero Silkelä (guitar) and Antti Lammi (bass) — pound your musical pallet into submission.

“‘Devoured’ was initially a bunch of Eero's riffs and a couple of Jonne's melody ideas we played around with at the end of rehearsals,” says Andy. “One night I walked out of the void that we call our practice space and thought of a quote from Stephen King that our late friend would've wanted to get a tattoo of: ‘Monsters are real, Ghosts are real too. They live inside us, and sometimes, they win.’

“At that moment it felt like an omen come true. Inspired by the quote, I wrote the lyrics during the walk home.”

As a song, “Devoured” marches into your psyche — invited or not. And while you dare to look away, it threatens to push you back over the cliff without a parachute. It’s the drowning adrenaline high of being swept away in their power-driven prowess; their ability to snare and seduce their listeners and invoke nightmares on a grander scheme to keep you locked in their hold.

The track acts as the follow-up single to “The Ordeal,” both from Gardenhead’s forthcoming debut album, due out in 2022. “To me these songs are an amalgamation of the years spent grinding at rehearsals and dive bars, trying to make something larger than life from the little talent and resources we have,” says Jonne, adding: “In this, I think we’ve succeeded.”

While the debut didn’t necessarily have a specified theme, Gardenhead explains that the tracks work together as a cohesive whole — and have come a long way from morphing their lifelong friendship from a roots/Southern rock vibe into the dark sonic undertones they’re delivering today.

“Many of the songs stem from some psychological trauma, like depression, substance abuse, or loss,” says the band. “But these are often wrapped in surrealist or fantastical lyrics so there is room for interpretation.”

Gardenhead surmises their sound as “like drinking toilet wine at the Bellagio,” adding, “We are at our best when the amps sound like they are on the verge of exploding and Jonne’s vocal cords are bleeding.”

Their debut record was recorded in their home country of Finland; “The Ordeal” mixed by Forrester Savell (Karnivool/Skyharbor). “Our favorite place was at Lammaskallio Audio, which is a studio built in this old farmhouse in the middle of the countryside. We spent a week there recording guitars and bass and it was a blast,” Gardenhead reveals.