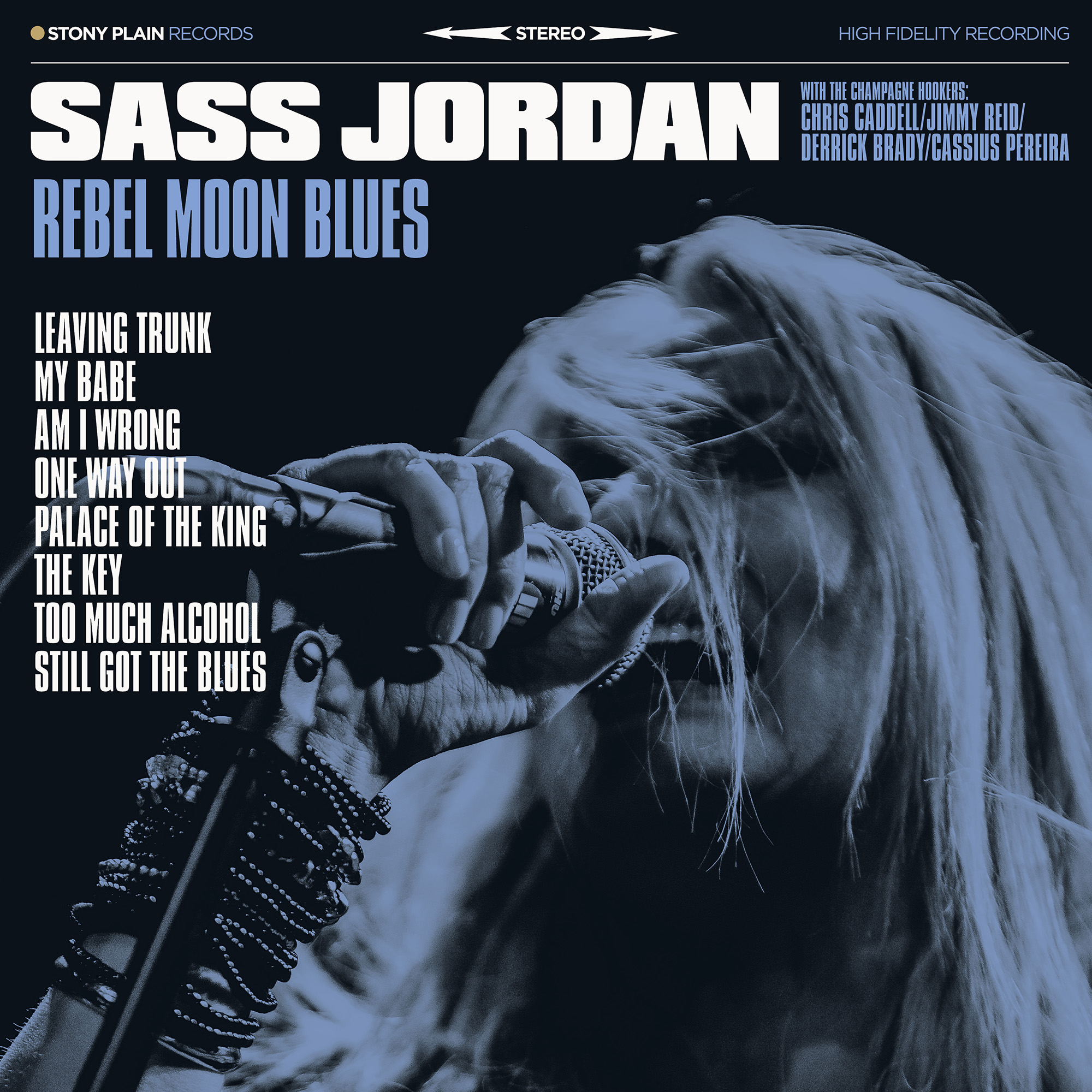 Nailing down the crate-digging setlist was both a labour of love and a trip down the rabbit hole. "I wasn't following any formula. I knew they had to be songs I loved and could really sink my teeth into,” she says.

Cut off the cuff and on the fly in just three fast-paced days, Jordan and the Champagne Hookers — her touring band of guitarists Chris Caddell and Jimmy Reid, bassist Derrick Brady and drummer Cassius Pereira, augmented by blues harp master Steve Marriner and keyboardist Jesse O’Brien — played live in the same room at the same time. "The energy is so different when you're playing it live," Jordan says. "It's a different frequency, a different vibe. It's very joyous. You can hear a lot of us laughing on there. I love that kind of thing.

“It's like you're right there with us. We're there, we're alive, and we’re having a blast, baby!"

And no changing the lyrics either. "To me, what makes these songs fresh, besides our energy, is that it's a female doing traditionally male stuff. And I sing the lyrics the way it was written... If the singer’s singing about, 'My girl,' I sing, 'My girl.' That's what puts the icing on the cake. I like approaching the songs the way they were written. I find that not messing with the original gender is particularly relevant in today's climate. It's great that we can get away with doing that now."

A pioneer of powerful, gritty female-fronted rock, Jordan has worked alongside fellow greats like Aerosmith, the Rolling Stones, AC/DC, and Van Halen, among many more. She is currently on an International 30-date tour — including Tel Aviv, San Francisco, New York, Atlanta, and Canadian stops in Vancouver, Calgary, Winnipeg and Toronto — with A Bowie Celebration, the critically acclaimed, one-of-a-kind roving tribute to the late legend, featuring distinct alumni of former bandmates. Bowie Celebration Tour dates:

Born in Birmingham, U.K and raised in Montreal, she launched her solo career with the single “Tell Somebody” from her 1988 debut of the same name, garnering national acclaim and a JUNO Award for Most Promising Female Vocalist. Throughout her career, she’s earned three more nominations for Best Female Vocalist thanks to albums like Racine (1992), Rats (1994), Present (1997), Hot Gossip (2000), Get What You Give (2006), From Dusk Til Dawn (2009) and her side project S.U.N.'s album, Something Unto Nothing (2011) — along with singles like “Make You A Believer,” “You Don't Have to Remind Me,” “Sun's Gonna Rise” and 1992's “Trust in Me,” a duet with Joe Cocker from the record-selling Bodyguard soundtrack.

Jordan starred in the off-Broadway Janis Joplin show, Love Janis, performed The Vagina Monologues in Winnipeg and Toronto, guest-starred on NBC's Sisters, and of course, weighed in as the only female judge on Canadian Idol for all six seasons beginning in 2003.

In 2017, she released Racine Revisited, recreating her sophomore album with an all-star cast for its 25th anniversary. This year, Rats celebrated the same milestone with a coloured-vinyl reissue.

"It's surreal," she acknowledges. "When you hear ‘25th anniversary,’ you're like, 'WTF?' I don't really remember the person that wrote them. I'm not that person now. But then it passes. Because it's another day! It's now! And I have more fun now than I’ve ever had.

Not surprisingly, she's less concerned with what she's done than what's coming next. That includes a new brand, Rebel Moon Whisky, along with her Kick-Ass Sass wine. "Whisky is my spirit animal," she laughs. "There aren’t any female singers doing a whisky line yet, that I know of. It's a whole new thing! Besides, what goes better with blues than whisky or wine?"

And rest assured, there are plenty more blues to come from Jordan. "I definitely want to do some more recording in this style. I loved every second of it. It all happened so easily and it just made so much sense.

“I'm not reinventing the wheel. Never have, never will... But this opens up a whole new world for me, and it’s one that I belong in and feel at home in already!”