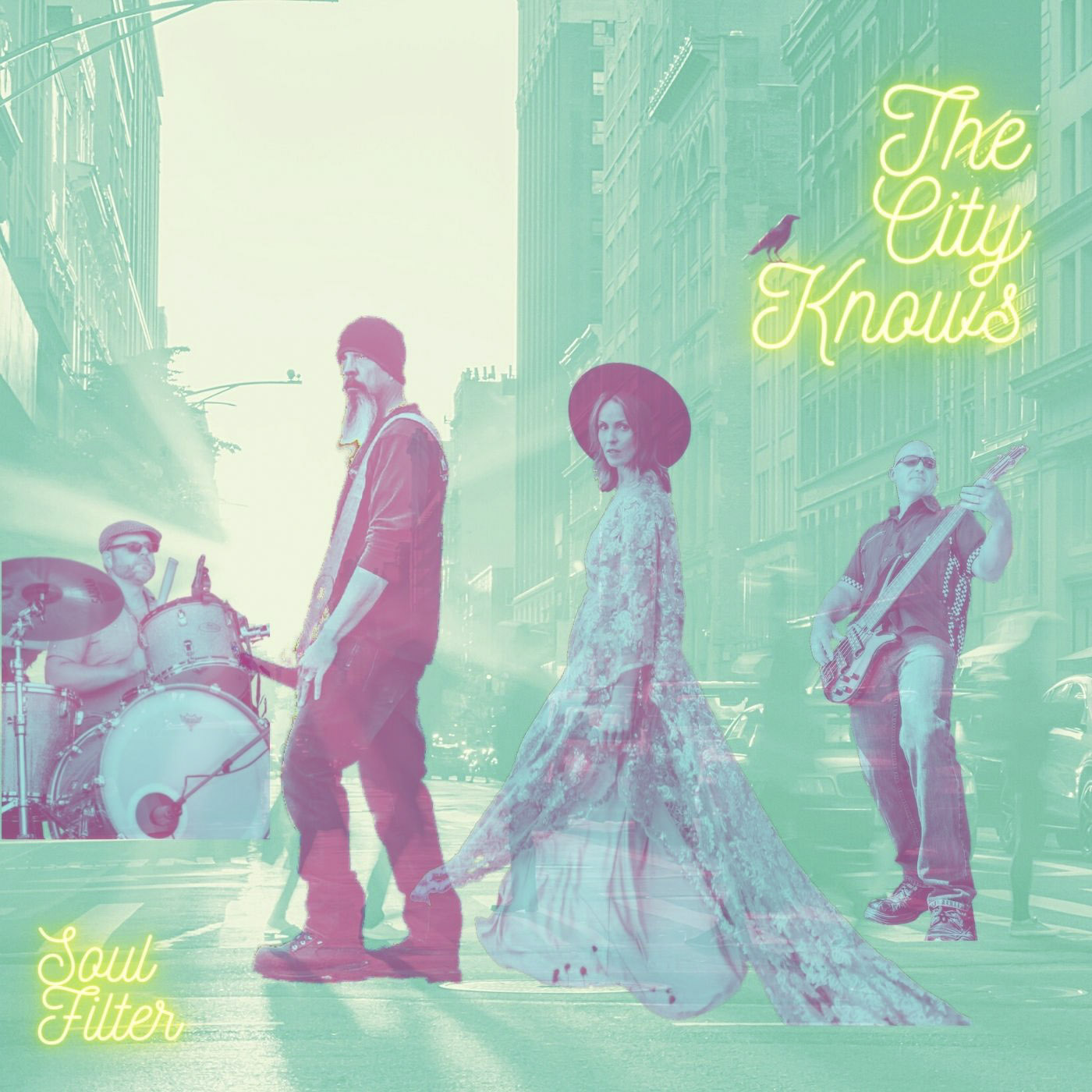 Award-nominated Canadian alt-rock outfit Soul Filter unveil their new song exploring the unforgiving nature of big cities, all from the perspective of a small-town girl, with this, their fiery new single, “The City Knows” – check it out on YouTube here:

Produced by John Angus MacDonald of The Trews and dripping with ‘90s nostalgia, “The City Knows” is a page torn from a diarist’s letter to the era of cassette walkmans and no smartphones. Lending itself to be more of a dark fairy tale, the song reflects the artists that have heavily inspired Soul Filter — in this track’s case, think the introspective, confessional vibe or Fleetwood Mac coupled with the ethereal, high-energy flair of Florence & The Machine.

“The City Knows” is based on the true story of a small-town girl who finally makes it to the big city and quickly realizes it isn’t all it’s cracked up to be. “Though I was in a city surrounded by people, I never felt so alone,” lead vocalist/guitarist/songwriter Karen Penton shares. “It’s forever seared in my memory…

“Writing about it years later, I was able to see it from a new perspective.”

The emotional complexity of discovering oneself in a new place is explored through beautifully laid literary devices embedded in the lyrics. The lonesome journey in a big city is captured in “The City Knows” to emphasize the internal struggle of navigating the path less travelled.

“There’s a pretty fantasy
An emerald buried somewhere in the city
If it glitters then it’s gold
My ruby shoes are gonna save my soul
Milk and honey, wait for me
At the end of a fairy tale street
Got no reason to disbelieve
Sometimes I feel like it wants me to leave”

Fast forward to a recording session in Prince Edward Island with John Angus himself, and the result speaks for itself.

After meeting in 2001 and falling musically in love, husband and wife songwriting duo Karen and Mike Penton decided to take their talent and create something original. With several ‘90s cover bands under their belt, they began their new musical adventure in 2017 and founded Soul Filter. They have since released their debut album, A Minor Conspiracy, which garnered a 2020 Music PEI nomination for Rock Recording of the Year.