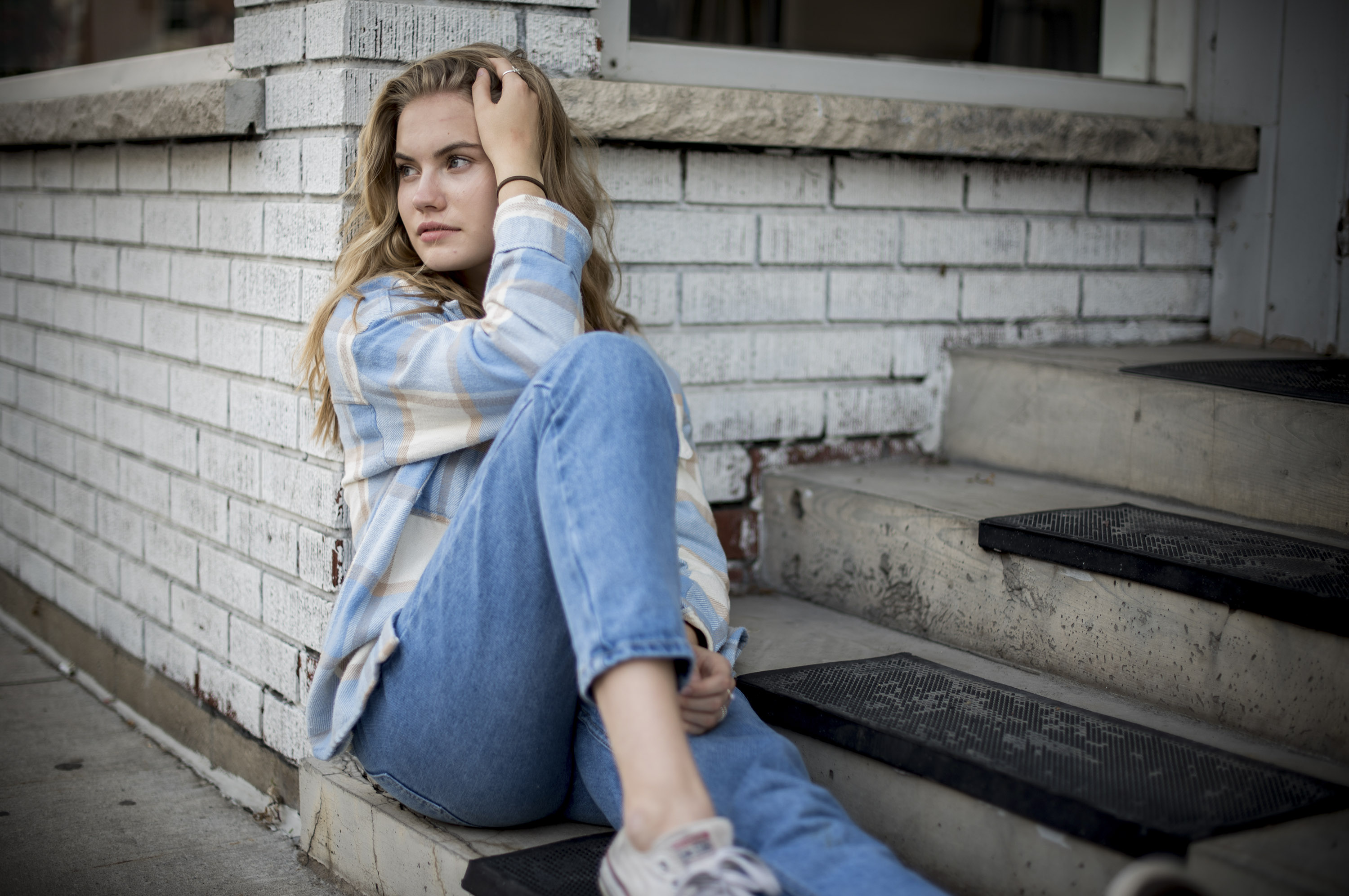 There’s that wistful, scary realization many of us have on the cusp of becoming adults that nothing – absolutely nothing – is going to stay the same. Canadian pop-country songbird Sylvia Kay captures that heady mix of emotions so beautifully in her new single “Legacy” – check out on YouTube here:

“Legacy” starts out shimmering with mellow beats underneath, and then Kay’s voice comes in ethereal and crystalline, painting a watercolor of her hometown — the blue skies, the violets, the dusty, tree-lined backroad where her dad used to speed. She’s looking around, soaking it in, taking mental snapshots, and taking us along on this journey to adulthood. “What does living on the edge of seventeen even mean? / All these people tryna tell me who they want me to be,” she sings.

It was in the process of sitting down to write “Legacy” that the realization came to the Caledon East, Ontario-based artist that she was right on the precipice of a whole new life. “In August of 2021, the songwriting process really began and it hit me that this was my last year of high school, my last year in this hometown, and the last time I’d see a lot of these people ever again,” Kay recalls. “The whole first half of the song is exactly that: reminiscing and the nostalgia behind it all. The second half is all about the process to maturity — that there was something so much greater beyond, a whole world I hadn’t discovered yet.”

Fittingly, she started writing the song on an old piano in her parents’ basement, which she had had since she was five years old. She finished the song with VEC Entertainment Group’s Bruno Vecchio and Acrylic Recording’s Harley Tamblin, who helped her focus the lyrics and add a killer guitar line and some gorgeous harmonies.

Sylvia Kay is a bright new talent who lived most of her life in a small town in Ontario. As a child, she had terrible stage fright, but with the help of some beloved music teachers, Lisa and Nick Carione at INKey Music Studio, she overcame her shyness. Ten years later, the stage feels like her home, and she is a Music Minister at her parish and writes music any chance she gets.  Kay got her start playing live shows last year at Bolton’s Journey of Hope and, in February 2021, released her first single, “Wild,” a direct reflection of her feelings, a diary in the shape of song lyrics and melodies.