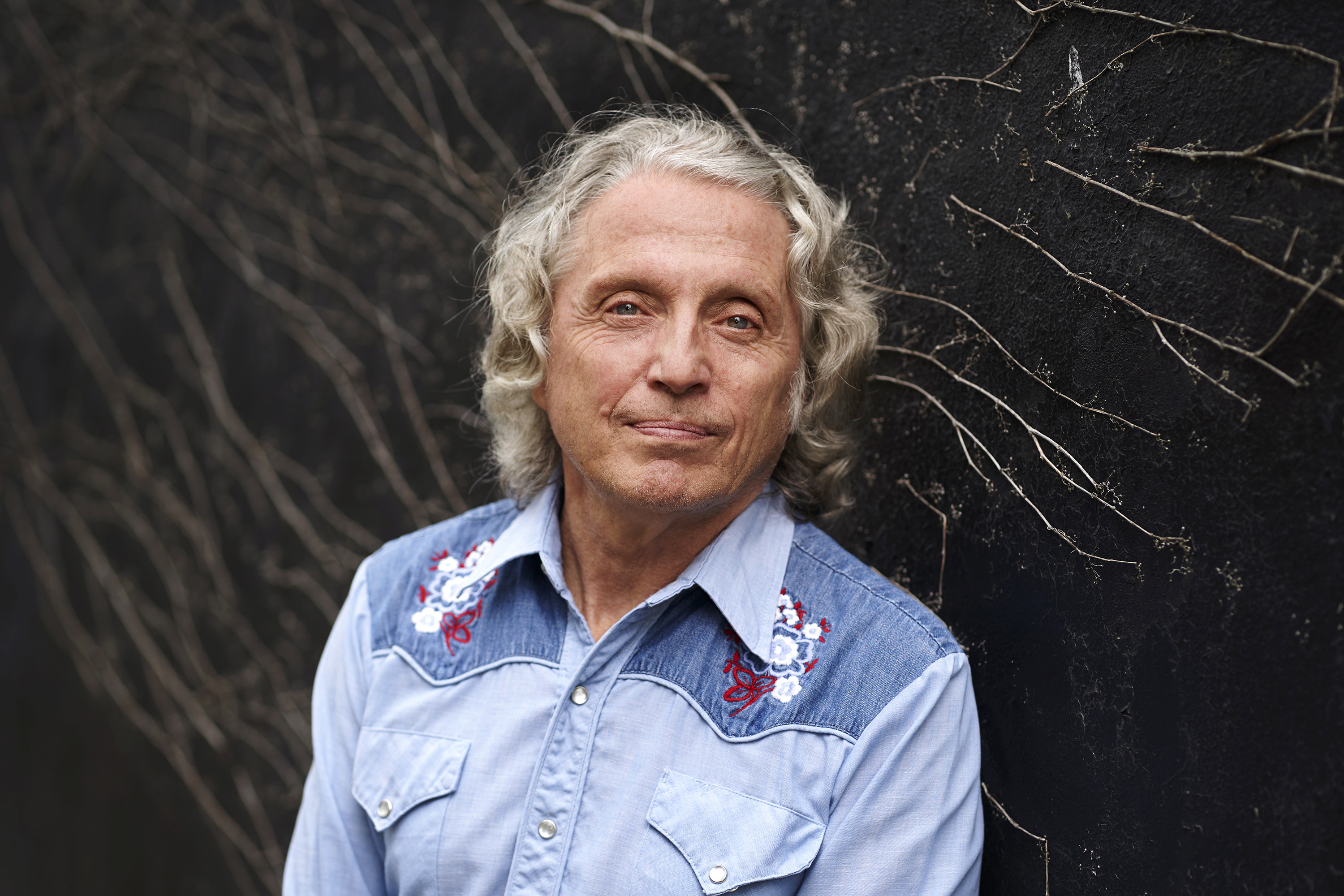 While Canadians were largely at loose ends self-isolating during the lengthy series of pandemic-related lockdowns, prolific folk singer/songwriter James Gordon hunkered down and got busy creating his 40th album, When I Stayed Home.

The arrival of COVID-19 — and the fear, uncertainty, and disruption it brought with it — initially affected Gordon, like many of us, negatively. Since the Guelph, Ontario based artist has toured all over the globe relentlessly since his twenties, being stuck at home was depressing… At least, for a while.

Then, the creative muse stepped in and Gordon got busy with a capital B. From his tiny home studio, he finished a soon-to-be-released ‘musical novel’, The Ark of the Oven Mitt, set to be accompanied by a 36-song recording. He also created a virtual tour of his one-man show, James Gordon’s Emergency Climate Musical, as well as successfully navigated his side hustle as a Guelph city councillor, and, perhaps most significantly, wrote and recorded When I Stayed Home.

“I can’t seem to stop writing songs,” Gordon shares. “Mostly,they write themselves — I just hold up a net, and catch them as they flutter past.”

Some of those 1,500+ songs Gordon modestly claims to have merely ‘fluttered past’ have also landed on stage and in studio with the likes of Cowboy Junkies, James Keelaghan, Melanie Doane, Laura Smith, Miranda Mulholland, and various international choirs.

The songs Gordon wrote for When I Stayed Home cover an array of compelling and current topics — including climate change, the income gap, racism, empathy, social justice, our natural environment, and ‘love in a challenging time’.

The first single, “We’ll Bring You Home,” packs a punch that hits closest to the heart for all of Canada right now; in response to the horrific discoveries of hundreds of unmarked graves belonging to unknown Indigenous children at residential schools in Western Canada, Gordon wrote and recorded the late addition to the album just prior to final preparations for its release.

Over his enduring forty-year career, Gordon has released music both as a longtime, successful solo artist, and as a founding member of the groundbreaking Canadian folk group, Tamarack.

That said When I Stayed Home marks the first time a James Gordon solo album has been created almost exclusively… Well, solo.

Unable to bring any of his stable of top Canadian talent into the studio, Gordon took on the formidable task of playing all the instruments himself on the album’s baker’s dozen of tracks — including acoustic and electric guitar, banjo, mandolin, piano, bass, accordion, harmonica, tin whistle, ukulele, and percussion. Just two brief exceptions were made to Gordon’s “all by myself” rule, with stellar cameos from vocalist Tannis Slimmon and clarinetist John David Williams.

After a year and a half of being off the road and pivoting to a live streaming show world, James Gordon is looking forward to leaving home again and lighting up stages with his warm, reflective and topical songs of When I Stayed Home, and more.

“These songs demanded to be written,” says Gordon. “I’m excited about sharing them with the opening-up world.”