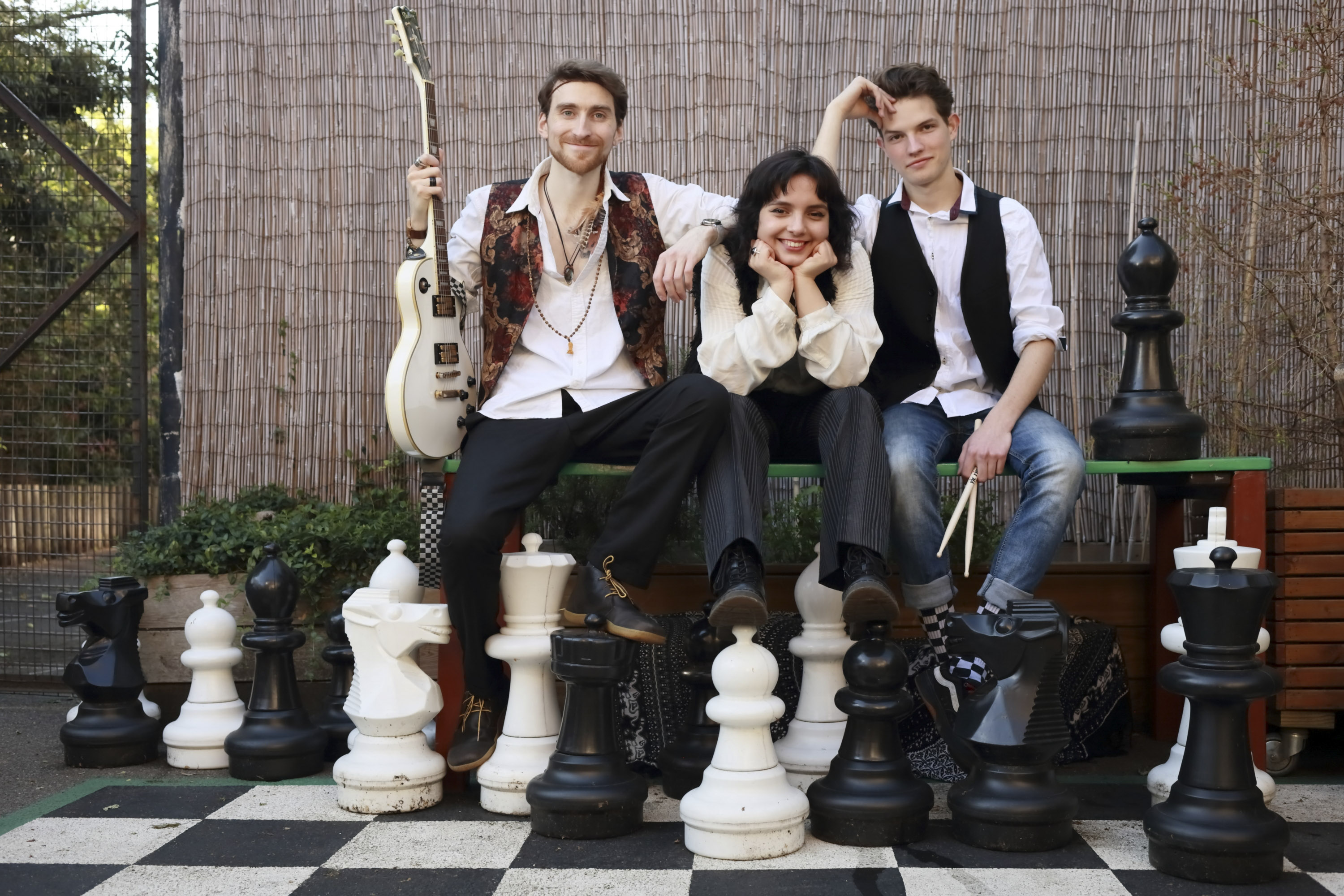 The old adage “plenty of fish in the sea” only rings true if the previous one you hooked up with doesn’t leave you drowning in despair… Still, if you’re a songwriter, bad relationships can provide inspiration for some of the best songs, and so, with their super-funky take on moving on, soulful U.K. blues-rock band Elta Wave ride the tide of growing popularity with their new single, “Deep Water” – check it out on YouTube here:

“This song is about how we keep going after being gaslit in a messy relationship, and how you keep doubting yourself after someone has blurred your grip of reality,” explains lead vocalist, rhythm guitarist, and principal songwriter, Elta Nice.

It's been such a long chase, such a long search
And I'm not sure I'm right at all
I mean I'm just second guessing every second person that might have caused to this fall

While being in “Deep Water” usually means ‘deep trouble,’ in this case, Elta wanted to focus on providing comfort for those reaching for the surface and the fresh air feeling of starting over again. “I want to make people feel good, accepted, and understood however they are,” she says, “giving them an uplifting song when they are in deep water, and a song to cry with when needed.”

The song’s theme of doubting your beliefs after your reality has been messed with by someone else parallels how young adults are given a toned-down view of environmental issues for the eco-conscious Elta and the rest of the London-based band — lead guitarist Jezney Holllis, drummer Patrick Stultz, bassist Conor Cotterill, and Louie Berey on keyboards and ‘sound effects.’

“I feel that equates to how we think about climate change… How our generation is told we don't really know how it will go, when in reality we know how it's going."

Dripping with hip-shaking groove, “Deep Water” is propelled by Elta’s dusky, soulful vocal, a bouncy Rhodes riff on the keys, and an intention to get listeners singing along with lots of whoa-ohs and yeah-ahs. Mission most accomplished with a song Elta wrote while working sound for an open mic night in West London called The Island Experiment. In true jam fashion, she worked out the tune with the band there that night.

"I literally told the band what the chords were and that it has the groove of ‘Hit The Road Jack’,” she recalls. “They just followed my rhythm guitar — which frankly, back then, I had just started playing, but the song was born just like that."

Elta kept bringing “Deep Water” to various open mic stages and jams, and the song grew with each new group of musicians adding their input. She finally took it into the studio with lifelong friend and former keyboard player Edward Abela, also a producer who has impacted the European charts.

“We wanted to add a real funky vibe with the bass line,” remembers Elta, who reached out to London composer and multi-instrumentalist Lef Germenlis, who remotely recorded the song’s thumping, anchoring bass part.

Elta Wave takes their name from frontwoman Elta Nice (she/they) who, at just 26, has spent over seven years embedded in the London music scene working as a live sound person, writing, meeting like-minded musicians, and playing every gig she could. Originally from Jerusalem, Elta left home at 19 and headed for Londontown with nothing but a guitar and a suitcase after she was given a pass from joining the mandatory national military service in Israel for health reasons; a severe allergic reaction to an ingredient in an inoculation given by their dentist almost cost Elta their life eight years ago. Add that to the experience of living amid war and military conflict, and Elta’s youth was certainly fraught with peril.

“My journey so far hasn’t been the easiest,” she says. “I was born in Jerusalem and lived through the terrorful second Intifada war and a few other militant operations. Some were frontlined by my age group. I was lucky enough not to serve due to my health conditions, however, the war still left its marks on me in the form of grief and PTSD.”

Music and making a new home in a vibrant city ripe with opportunities have pulled Elta out of their own deep water and into flourishing creativity. “The feeling of the crowd when they get to enjoy the fruits of hard-working musicians fills me with hope,” she says. “It fueled my self-confidence and inner belief in the power one person has on an entire arena or even a whole society. So imagine what can one society do for our planet?”

With a debut album on the way, a very infectious first single, and new gigs starting to pile up post-pandemic, Elta and the rest of Elta Wave will keep on affecting positive change for the world, one great song at a time.

“My songs are linked to a tough past but have the belief of a bright future ahead, for all of us as a living fabric on this wonderful planet."