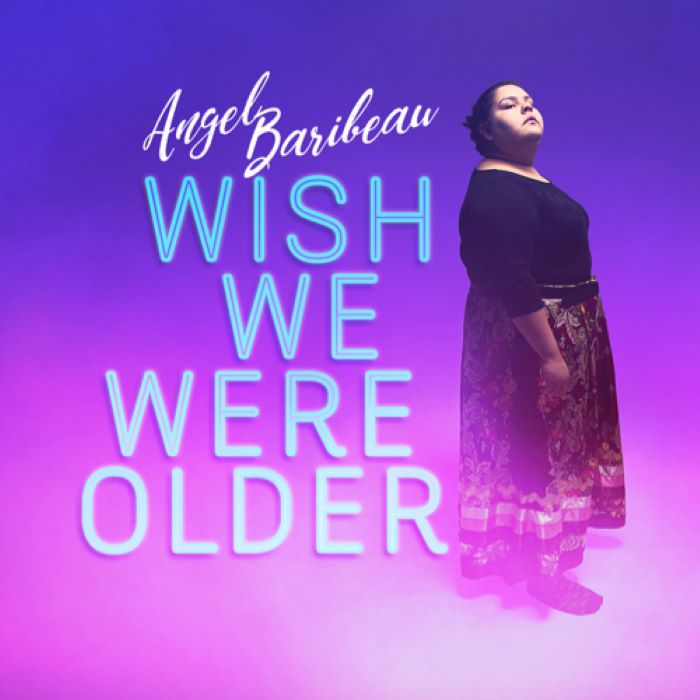 Depicting an elderly woman reminiscing with visual memories about her past, the snapshots weave through love and loss and illustrate an uplifting timeline of her life as a queer woman.

“This music video will be a recounting of a lifetime of true love between an elderly 2 spirit Indigenous couple,” director Nang K’uulas / Patrick Shannon shares of the video’s scope. It shows “the challenges, the joy, the raising of a family in a community where that isn’t common,” adds. “It’s somber, but beautiful — and a reminder that everyone can find love and bring beauty into this world.” Working with Nang K’uulas / Patrick Shannon was a privilege,” the Montreal-based artist shares of the experience. “He went above and beyond, and I’m so grateful. It started with a call about a concept I had in my head, and Nang made it a reality.

“It was an honour to work with so many incredibly strong Indigenous women, and to be able to spend time with them and hear about their lives and experiences. Nothing will ever compare to those conversations.

In addition, there were delights on-set. “Tealy made us all fry bread; it was delicious,” Baribeau shares. “And the little one, Konwaherawi was an utter joy to work with; her mother and her are a magical duo. That wass (kid) wants the stars, and they shall be hers. One of my favourite memories was filming in the Old Port. It’s stunning: I’m so glad we made that choice (even if we almost lost my guitar…!)

“And my dear friend Chris Robertson lent us his cabin to film in. It’s been in his family for decades, and I don’t think the video would have been nearly as successful if it wasn’t for him and his generosity; I’m glad people like him exist.

“My cousin is one of the actresses in this video,” Baribeau reveals. “But I personally didn’t know who we were casting, so you can imagine my surprise when my cousin Kenny walked in with his daughter, Mehki…It was an unexpected family reunion!”

“Wish We Were Older” is the latest to land from Baribeau’s recently released stunning debut, For Those I Love(d). Featuring breathtaking vocals paired with lyrics that traverse emotional terrains rugged and smooth, the EP flows forth with a wisdom-rife, intimate vulnerability cascading through distinctly warm textures and catchy acoustic pop melodies.

With the album taking a Top 3 spot on Apple Music Pop Canada’s charts soon after its Summer 2020 release, the six-track EP’s debut single “Love Is Up The River” quickly garnered more than 20,000+ streams on Spotify and hit Top 10 on the NCI FM Indigenous Music Countdown hosted by SiriusXM Canada; single “Wish We Were Older” followed its path with another ~ 28,000 streams, hit #1 on the Indigenous Music Countdown and was featured on CBC North.

Originally from the Cree community of Mistissini, Quebec, Baribeau first started through the formation of their early indie folk outfit, Simple Human Tribe. Their solo work gained momentum in 2014 when they were selected for feature on the #1 iTunes chart-topping N’we Jinan compilation album, Eeyou Istchee Volume 1. Ultimately, Baribeau’s goal is to be that of a changemaker, noting the responsibility they feel to pursue their talent to create more representation within the industry for those who look and identify as they do.