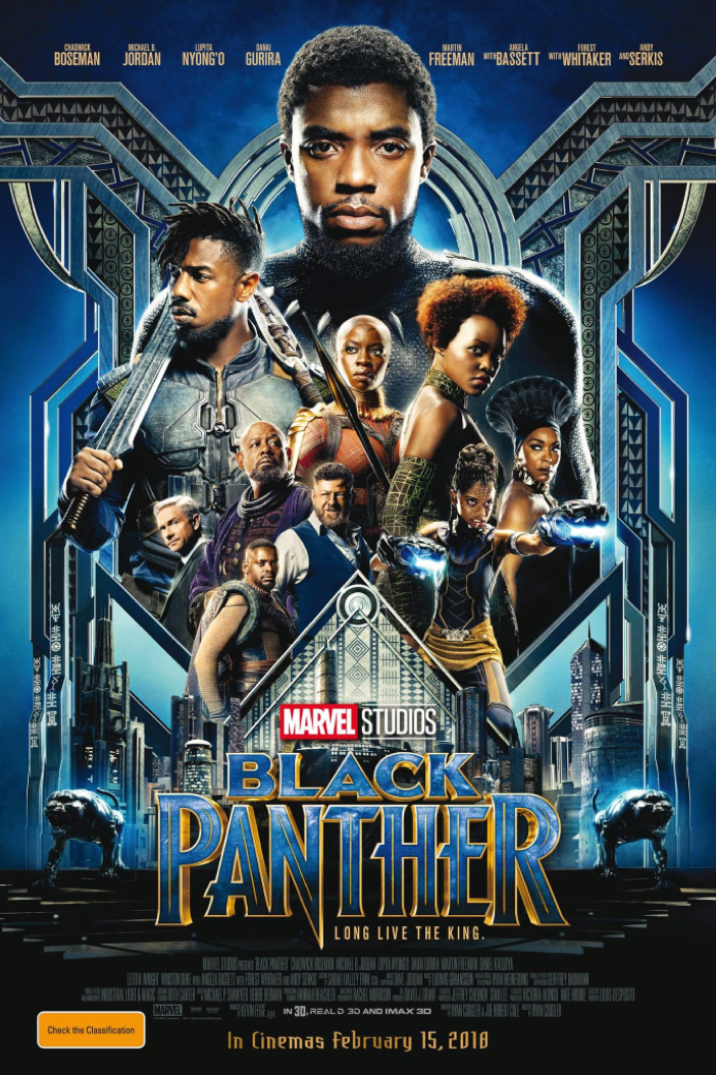 In the recent post-Spike Lee years , Black Films, Black Filmmakers have a had a rough go in film with better luck in television because of the immediacy and cost. The powers that be care less about the meat grinder that is television now that Netflix and Amazon have taken over the marginal minority projects they would never fund. Film now is where the shooting budgets and promo budgets match, for a basic shot at success. Disney's expanding the Marvel Universe naturally with Black Widow as one of its films next.
"Black Panther" is not a Black film!

Director Ryan Coogler , cast and crew have made a simply fantastic, fun, culturally relevant film with a universal heart that everyone can feel. From characters, costumes to performances the Marvel Universe now have Soul with Pride in a way no American character could have given it!

American characters have too much baggage, they had to be African. Taking our culture back from hip hop, rap videos, bullshit and beefs. Moving it into a new old high tech world of Pride in Black African Culture, where fathers, women and your words still mattered. Bringing us together through the mythical Wakanda, an African Avalon, Atlantis or Asgard.

It was like seeing Star Trek for the very first time and enjoying the stories that made us part of the future and the Star Trek Universe, stories like, "Elaan of Troyius aired ‎December 20, 1968" or Communications Officer Lieutenant Uhura who was a cast regular.

It was hopeful and inspiring! So is "Black Panther". The sense of Pride I felt was similar to first broadcast of "Soul in the City”, I knew it was timeless and special, like "Black Panther"!

Congratulations' to the director cast and crew job very well done. Your hearts should be bursting with excitement and the pride you have given us all.

Cannot wait to see it again! I found the 3D print, interesting but a bit dark, looking forward to seeing the regular large screen film and will give the 3D a second chance.

I think it's just what we needed at the right time.