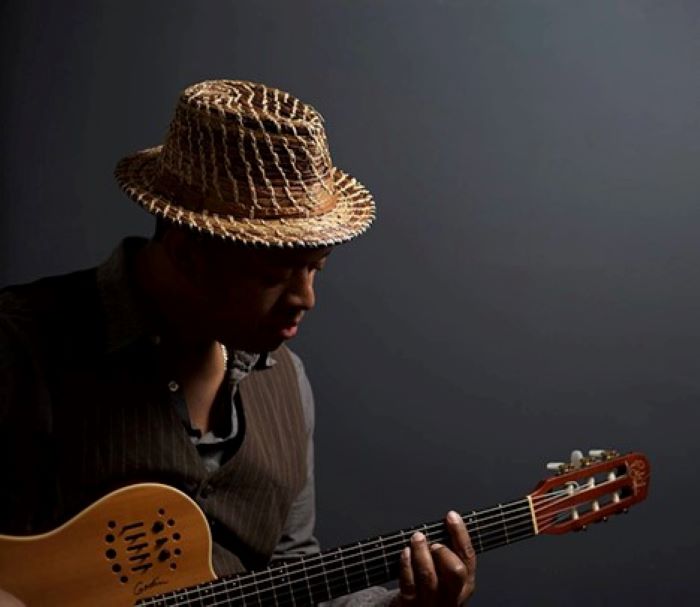 It’s a big, diverse world out there, and living in any supportive and caring community can help us thrive. Multi-award winning Madagascar singer/songwriter Donné Roberts has experienced that nurturing feeling of community in his adoptive home of Canada, and represents it in his joyful new global music single, “Seheno” – watch and listen on YouTube here:

A key track from Roberts’ third solo album, Oya, released last August, “Seheno” is a celebration of life and neighbourly love flowing along to a multi-cultural, urban rhythm. Written and sung in Roberts’ first language, Malagasy, there’s a global, but widely shared human experience that he is conveying.

“‘Seheno’ is about regular life in the big city where some people may find it stressful and that can create a feeling of being lost in the daily rush,” explains the winner of two JUNO Awards and nominee for three more. “However, there is always a way and nice people around who are supportive to others everywhere you go.

“It’s all good, and life is beautiful.”

Roberts is as much a natural optimist, and he is a natural musician.

Much like Madagascar music is infused with African, Austronesian, Arabic and European influences, Donné Roberts’ music is a delicious mélange of international sonic flavours — an innate feat certainly evident in “Seheno” and its beautiful interplay between marimba, Latin acoustic guitar and layered vocal harmonies.

Dubbed “Malagasy Soul” by Jonny Dovercourt of Toronto’s Wavelength Music Series, he says Roberts’ music “fluidly fuses folk, funk, blues and rock into irresistibly danceable forms that reflect his roots in Madagascar, Russia and Canada.” Dovercourt adds that Roberts is “likely the only Wavelength alumnus to have performed at Live 8 and won a JUNO.” Live 8 was Bob Geldof’s massive 2005 international concert event to support the UK’s Make Poverty History movement to raise awareness of issues in Africa such as AIDS, poverty, hunger and government debt.

Donné Roberts’ own life and artistry has certainly been globally influenced. Born in Madagascar and raised and educated in the USSR (Russia), he speaks Malagasy, Russian, French and English. Roberts’ varied artistic background includes touring as a backup vocalist for Swedish pop titans Ace of Base and becoming the first black VJ for MTV Russia. After emigrating to Canada, he has recorded and released three albums, Rhythm Was Born (2006), Internation (2011) and Oya (2021) and has collaborated on recordings with African Guitar Summit, Okavango African Orchestra, Amanda Martinez, Sultans of String, leading to his 2 JUNO wins and 3 nominations. His growing success caught the attention of CBC Radio, who asked him to compose the theme song for their popular morning show Fresh Air.

Variety is the spice of Roberts’ music with experimentation and collaboration two of the major hallmarks of his compositions. He loves to hear how other musicians might interpret his songs and add their own personalities to them.

“I like to experiment with the sound of my guitar, make it sound like a mandolin, a kora, or like an organ in reggae,” he says, adding, “I love to collaborate with my bandmates and learn different things from them. I like to hear different approaches to my songs.”

Above everything else, Roberts aims for his musical concoctions to be a source of hope and joy.

“Different situations such as happiness, sadness, unfairness, and many everyday life experiences inspire me to write songs,” he explains, “But nowadays, my principle is to make sure to have a happy ending to a song, or at least have them full of hope or both because I want everyone to have hope and be happy.”

Considering what we’ve been through as a human race over the past few years, that’s an extra admirable wish for an artist and his music.