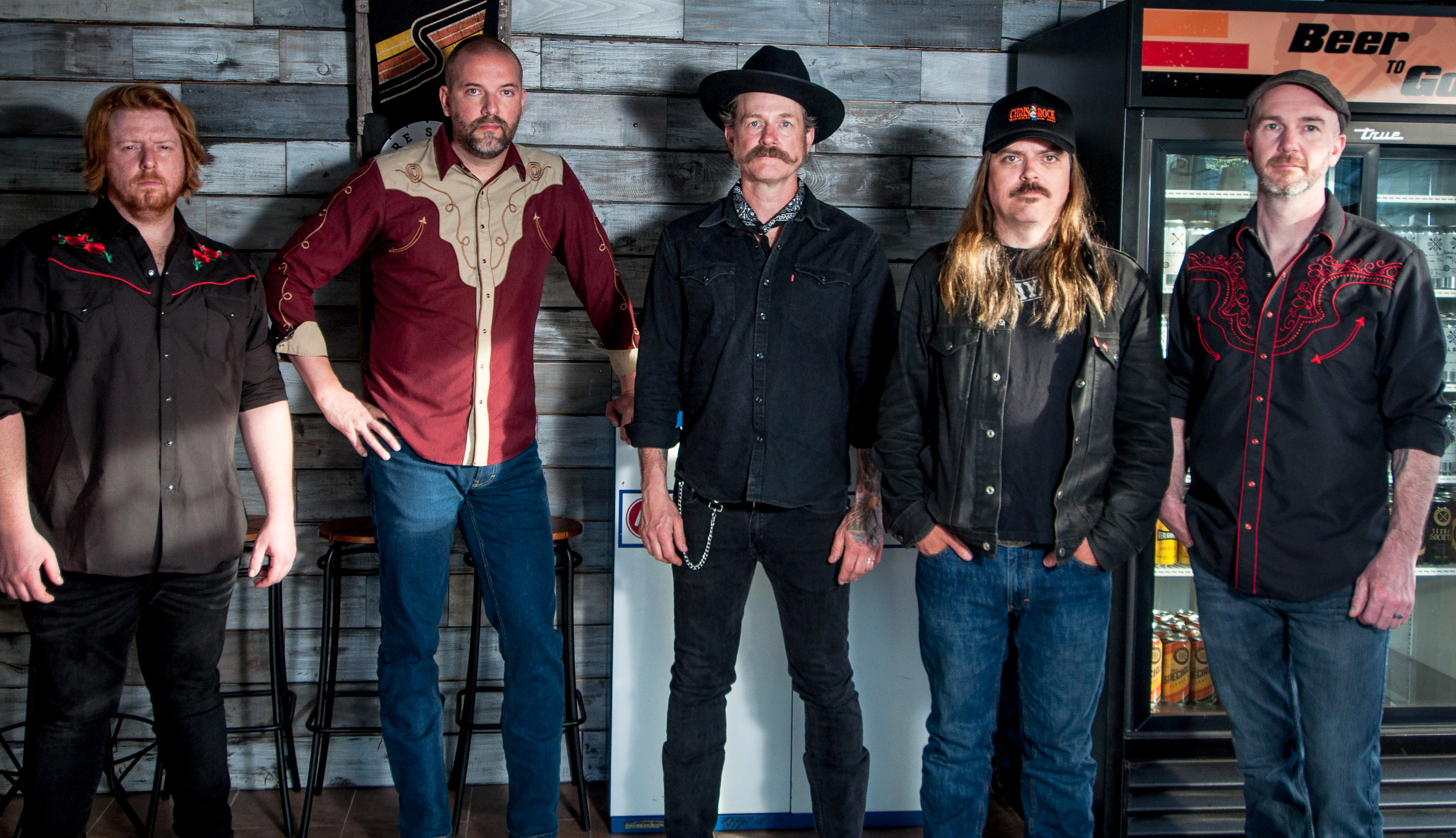 Multi-award winning Canadian blue-collar country outlaws The Divorcees are taking a moment to reflect with the announcement of their new album, Drop of Blood.

The release includes the premiere single, “Dying Breed” – watch it on YouTube here:

With nearly two decades — not to mention coast-to-coast touring, over 120,000+ streams across platforms, and five studio albums — under their belt, Drop of Blood offers a glimpse into one of Canada’s most bona fide country acts.

“The Divorcees have been a story of never, ever taking the easy way out,” says Madsen, “and on this record, we most definitely did not. It’s called Drop of Blood for a reason.”

“This album truly represents where we are as a band — one that never settles for less, one that values authenticity and one that will push as hard as it can to achieve its vision,” Macintyre continues, citing their 2005 start and the tenacious arc between. “Drop of Blood is a near-perfect take at what 16 years of standing strong, despite impossible odds, looks like. We’ve been there, done that. We’ve paid our dues. This album tells that story.”

As can be expected with any legacy-in-the-making act, this release goes beyond marking The Divorcees’ status as ever-evolving artists; it also underscores the band’s long-held standing as friends and brothers.

A testament to this friendship is the return of founding member and lead singer, Jason Haywood. Haywood, who decided to take his leave in 2008 to pursue his own creative endeavours, rejoined the group in late 2019 in an effort to rekindle the collaborative spark that shaped their debut album.

As Turtle explains, “we brought Jason back after many years, largely because we wanted to revisit making music together. As separate artists, we’d each grown considerably over the past decade and we had a feeling that we could come up with something special if we joined forces. In addition to the 11-track LP, The Divorcees are releasing a documentary of the same name to complement the offering.

“We knew making it this far as a band warranted some extra attention,” Thomas shares. “We decided it was time to document the making of a Divorcees album and were very fortunate to have Kevin’s daughter Harmonie, who is in media studies, come in and film”.

“We’re really happy to finally be able to share an intimate part of our world this way. This documentary gives a bit more of an in-depth look at our creative process, our history and a glimpse into what makes us who we are as people.” Haywood adds.