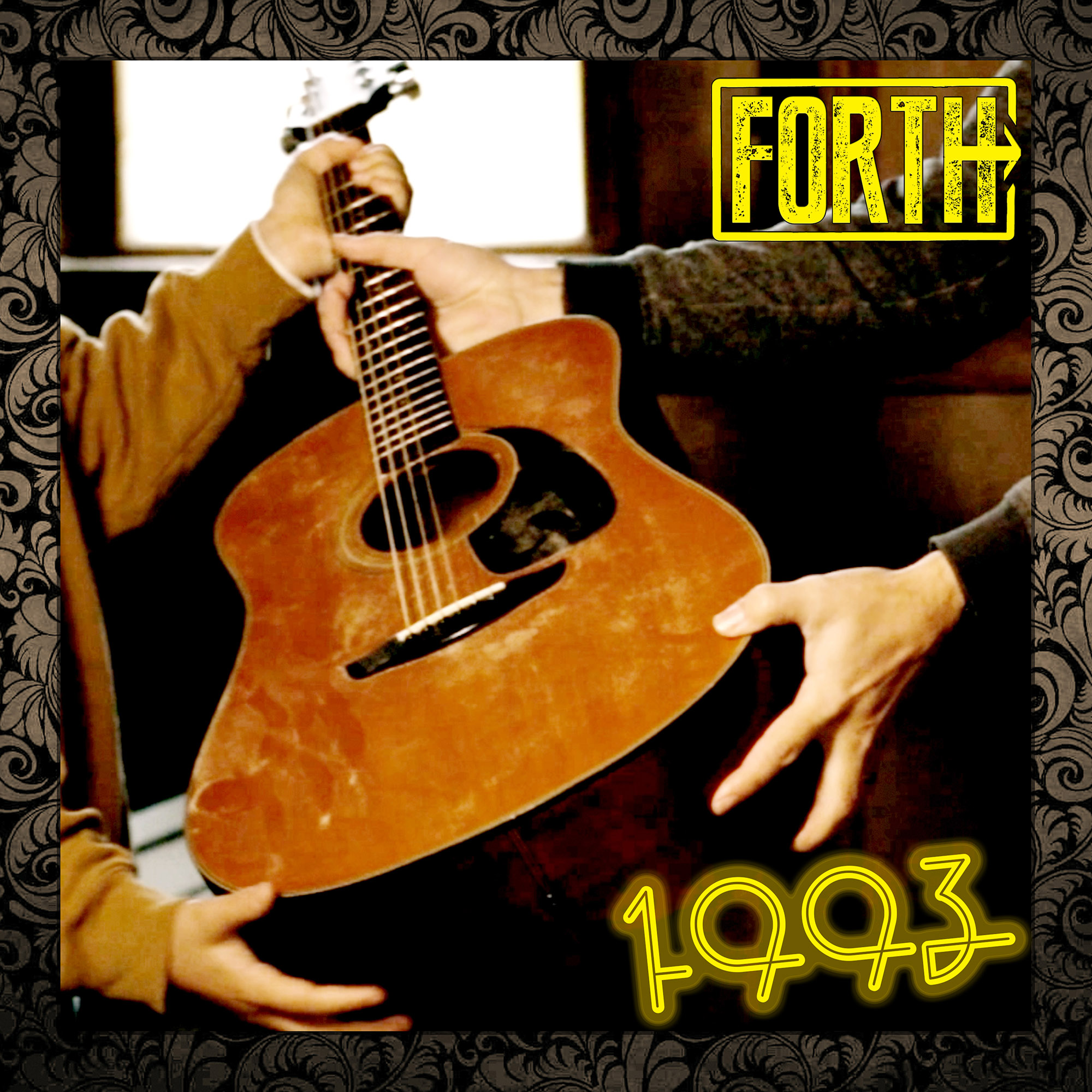 Shortly ahead of their long-awaited, self-titled third studio album, Forth have released a brand-new single called “1993”.

Doing its job in successfully taking listeners back to the glory days of the 1990s — objectively, one of the finest decades in music history — the — the up-and-coming Finnish hard rock band pay ode to fallen musicians of the era with this gorgeous new ballad.

This emotional, four-minute spanning song serves as the third and final single from the Forth album, and was written by frontman Brian Forth. “This song is about the loss of those voices, and the fading away of a kind of music that was real, powerful and driven by raw emotion,” the lead vocalist/acoustic guitarist says.

Though there’s twinges of Bryan Adams and early 1990s Axl Rose in Forth’s seemingly familiar voice, “1993” is a clear product of the massively short-lived grunge era. It’s constant, and addictive bass groove is carried by not just a glorious acoustic guitar melody, but a rock-solid rhythm backing and admiringly emotional vocal delivery from the band’s leader.

In fact, his delivery is similar to something you might hear out of Scorpions — the veteran German rock titans. To top it all off, guitar virtuoso and lead Tim Norrgrann treats fans with an incredibly succinct guitar solo at around the three-minute mark.

Though he wrote the lyrics on his own, Norrgrann — another insanely talented multi-instrumentalist — helped him compose the instant classic, which landed itself at the No. 1 spot on Finland’s “Suomi Soi Top 20” chart upon release.

Of the writing of “1993”, Norrgrann said “it pretty much wrote itself,” after jamming over a few guitar ideas with Brian. As is clear throughout the song, he described it as an amalgamation of different musical eras, naming “late ‘70s stadium rock” as one of the key themes.

While Forth’s back-catalogue incorporates clear inspiration from the classic rock, alternative, hard rock and grunge genres, the four-piece band has pro-actively dubbed themselves a style called “newstalgia” — a sound the Espoo natives have become well-known for. The idea for this so-called newstalgia spawned from not just their own, but society’s repeated desire to look to the past and resurrect fads and/or trends from a bygone era. Its roots? An undeniable craving for nostalgia. Who doesn’t love that?

“1993” was recorded, mixed and produced by Forth and Valtteri Kallio at Soundwell Studio and mastered by Janne Hakanen. An accompanying music video was created by director Lassi Hurskainen. Hurskainen’s captivating short captures the aspiring band performing the song in-studio, with some intertwined flashbacks of the lead singer’s childhood — particularly when he was gifted his first guitar by his girlfriend at the time.

“That guitar was the gateway to a lifelong affair with music for the singer,” reminisces Forth, alluding to the dust-covered guitar which, in the video, is rediscovered in an attic. “The memories come flooding back (to me),” the frontman concluded.

Ahead of the release of their forthcoming album, Forth’s elusive, 11-track debut Road Stories (2014) is available to fans worldwide, as well as 2019’s immersive Captivity record.