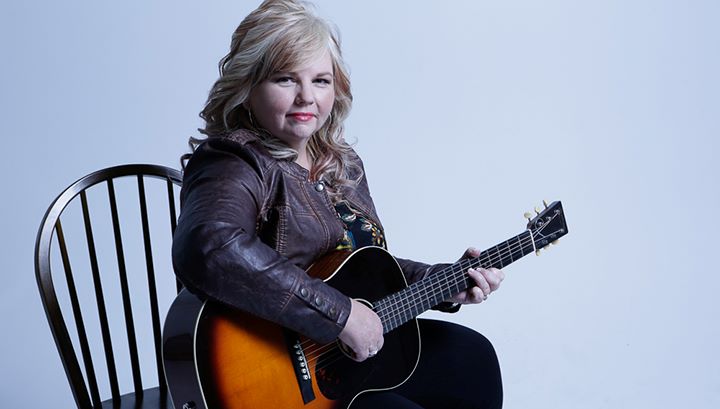 Leaning into the fact that life is crazy-busy for all couples with kids, Canadian singer/songwriter Francine Honey offers a solution for partners needing to rekindle and reconnect with the release of her whimsical new single and video, “Hunker Down” – watch it here:

Leading the way to finding passion again, this upbeat new single and video blend the very best of Americana, Country, and Roots with layers of guitar, fiddle, and smooth, honeyed, soaring vocals.

Focusing on the romantic side of a long-term couple hunkering down at home, Honey observes ‘Between the bills, kids and work, there’s not much time for me and you’ as she reminds us that, every once in a while, couples need to put the concept of ‘life’ back into the term ‘life together.’

Let’s hunker down, I'm not foolin’ 'round
If we gotta be stuck at home, glad I’m stuck on you
This crazy world, still goes around
There’s a raging storm outside, it’s gonna be a wild ride
So Baby, let’s hunker down

Evoking a wild ride where you roll the windows all the way down to let your hair blow in the wind, “Hunker Down” highlights the playfulness at the heart of any good romantic relationship and gives us all hope that, amidst the craziness of life, love will ultimately win. The subsequent video to the song plays into Honey’s commitment to providing a visual connection to the songs she’s written. “When I write a song, I imagine the movie that is playing for these three minutes and, eventually, it becomes its own movie in a video.”

Penned with collaborator Dan Washburn, who also lends his vocals on the track, “Hunker Down” finds itself on Honey’s newly released LP I Carry On.  With 12 tracks consisting of a mix of five new songs and previously released singles, I Carry On has already received international recognition and touched many of Honey’s fans worldwide.

Most albums Honey has recorded to date have been intentional pieces of work recorded in sessions in Nashville lasting a week or two; the songs that find themselves on I Carry On are a compilation of songs recorded individually over the years that found their way together into a cohesive journey through the ups and downs of life celebrating the resilience of the human spirit.

“This album set out to make itself,” Honey shares. “We have all gone through our own individual experiences, however, we have all experienced similar emotions:Grief, loss, hope, tragedy, fear, loneliness, togetherness, gratitude, anger, reaching out, reaching within, holding onto each other, dreaming of the future and celebration…. A roller coaster ride on the rails of resilience that is necessary to keep going and to carry on.

“This collection of songs is an experience through the journey of resilience and hope for those that listen from beginning to end.

Her own journey through life's changes has been years in the making. With a mission of helping people through life with music, Honey offers “real” music that is described as a mixed tape of Americana, Alt-Country, Singer-Songwriter, Folk, and Blues. Some sass mixed in with a unique voice as sweet as honey — but most of all, Honey tells stories in her songs, and she has a lot of stories to tell.

Although she's been making music since childhood, Honey never dreamed of making it a career. Instead, she studied mathematics and computer science, got married, had kids, and worked as a project manager in the Canadian Federal Government. Her life seemed perfect. Then a near-simultaneous breakup and job loss forced her to relocate, find a new career, and raise a family alone. Music went on the back burner; she never stopped writing, but songs went unfinished. In 2013, Honey took the plunge into songwriting full-time, graduating from the Berklee College of Music and chose creating music as her path. And she’s never looked back.

Honey has worked with GRAMMY Award-winning producer Neilson Hubbard and the same core group of first-call players in Nashville TN since 2018. During this time Honey has gone on to write, record, perform and release a series of albums and singles featuring her signature vocal and her commitment to telling the truth in pure authentic songwriting. Consistently mentored by the songwriting gurus of country from Music City, her third full-length release, to be continued(2018), solidified Honey’s place as an artist to watch for — scooping up international accolades for her abilities as a songstress and dedication to her genre.