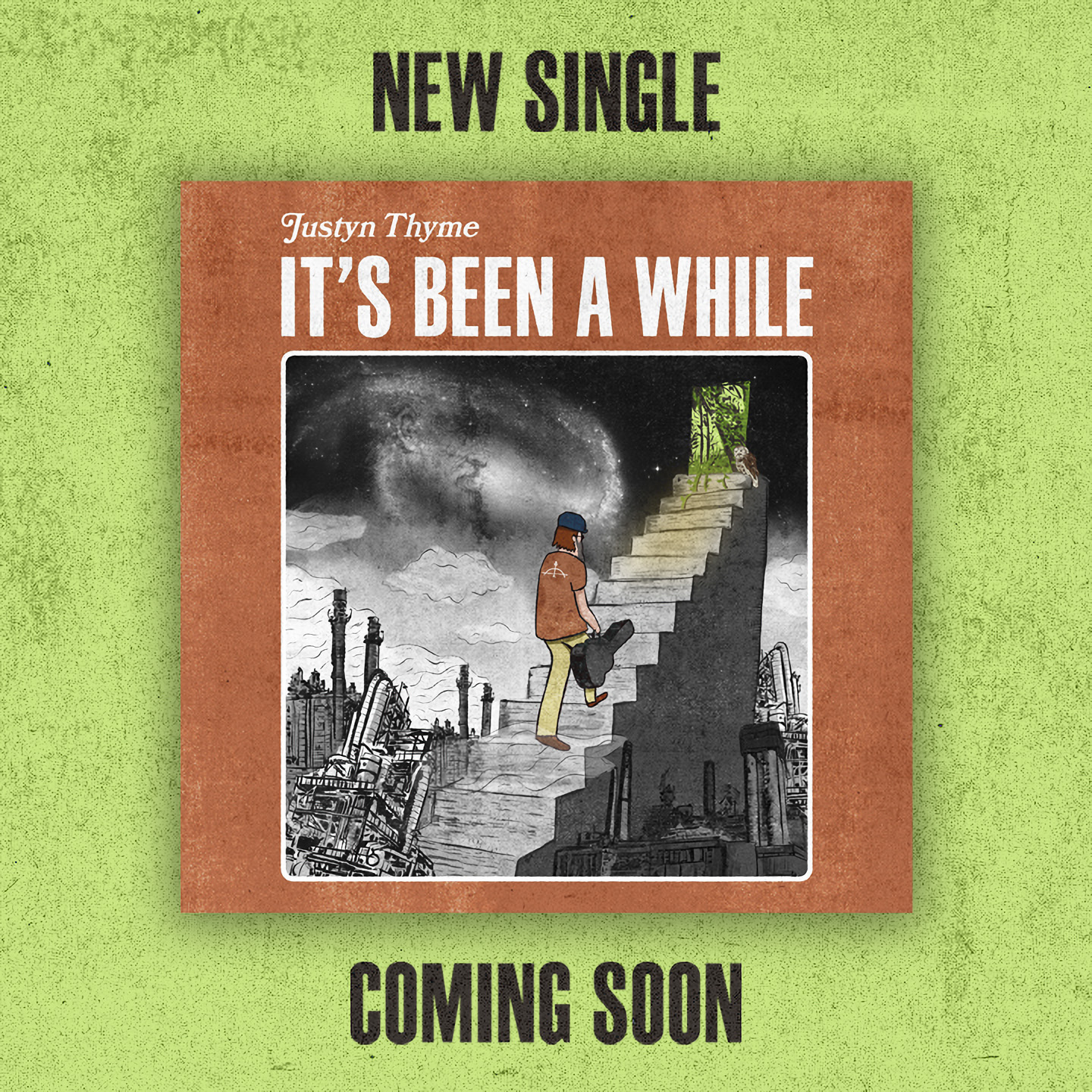 While the music itself lulls us into an even deeper state of meditation, or contemplation, “life could be so simple” is the thought-provoking refrain of award-winning Canadian Americana artist Justyn Thyme’s philosophical new single, “It’s Been Awhile” – check it out on YouTube here:

With deft acoustic fingerpicking and gorgeous, well-timed harmonies, “It’s Been Awhile” is a journey through letting go. It’s a message that’s much-needed throughout the world after several difficult years of a pandemic and so much unrest:
The world has cast a heavy shadow
Well, the light will always win
Yeah, life could be so simple

Justyn sings of the shedding off of heavy layers, those things that protected us but that are now just a burden — “They may have kept you comfortable / But you won’t need them anymore” — and the relief is palpable. His voice is rich and honeyed and melodic, and when the song ends with the simple yet soulful “Welcome home/ Child of God,” it evokes the feeling of having completed a spiritual journey, or at the very least an emotional catharsis.

“This song to me is speaking of leaving behind the world that we know and that we’ve created for ourselves and getting back to what’s been there for us the entire time,” Justyn explains. “It’s about recognizing the folly of our ways, accepting it, coming to terms with it, and letting it be a thing of the past.”

Having developed as a creator out of a collage of influences ranging from East Coast Roots and Americana to Mongolian Throat Singing and modern Soul fusion, Justyn delivers a freshness of insight and musicality which reflects his deep relationship with self and the world. His rhythmic blend of Neo-Folk, Bluegrass, Acoustic, World, and Funk, rivets bare-bones symposium against undeniable smoothness and flow, both sharp and mellow in its attempt to create something powerfully authentic.

Justyn often performs in-studio collaboration with some of the island’s most talented musicians whom he calls friends, and on this song that’s Jonathan Gallant on drums, Logan Richard on bass, Ben Aitken on keys, Josh Langille on electric guitar, and Connor Nabuurs on trombone.