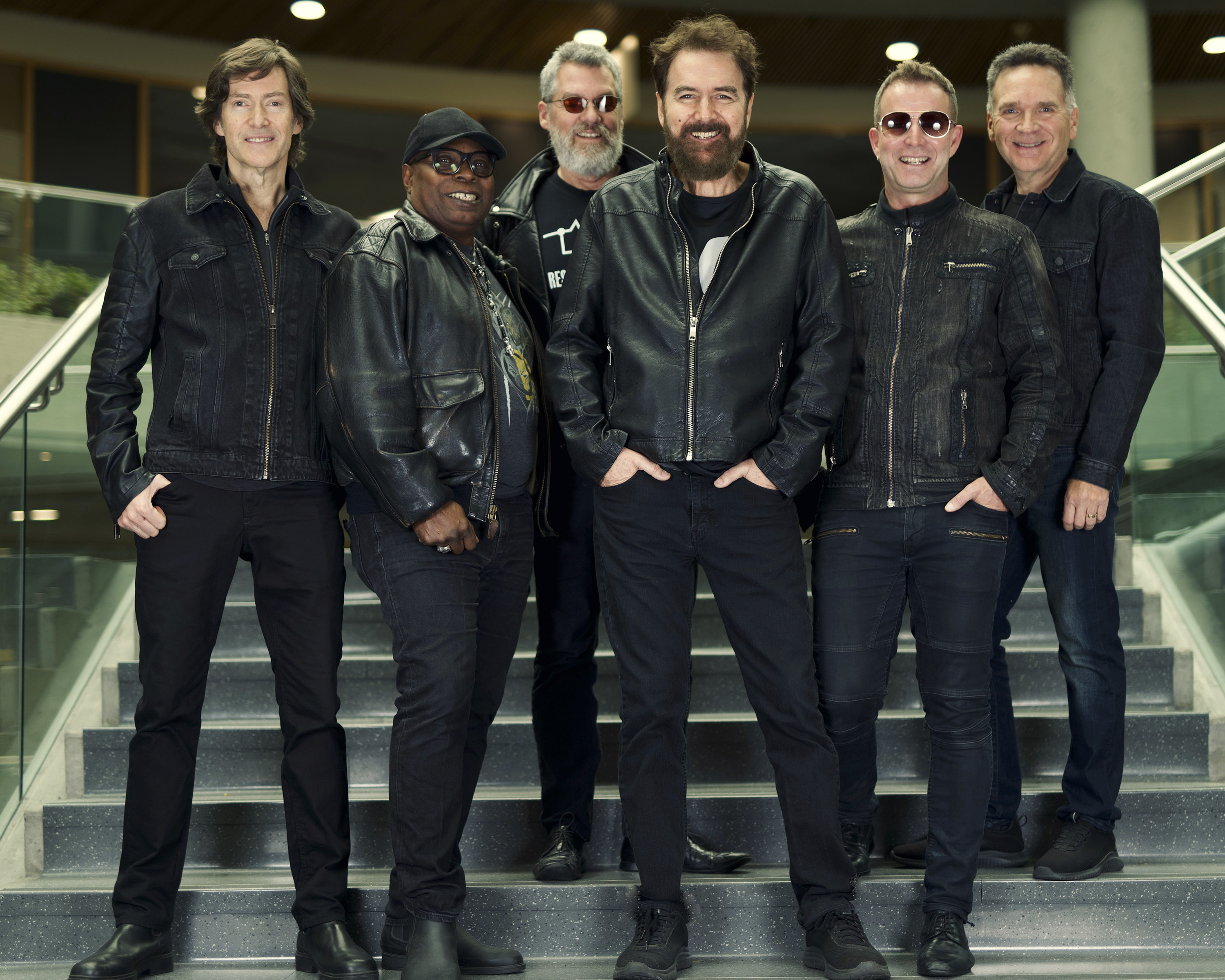 Borrow from tomorrow, and get a Strange Advance on a “Perfect Day”. The legendary Canadian prog-rock-pop indie group from those heady days of 80s MuchMusic have got the inside track on a throwdown with their latest single — available now! And it’s as exciting sonically as it’s a hat tip to the yesteryear of pop influence.

While the band was initially formed in the late 70s by Drew Arnott, Darryl Kromm, and Paul Iverson, the lineup would shake into its current existence of Arnott joined by Ian Cameron, Ross Friesen, Rob Bailey, Sean Dillon, and Alexander (A-Train) Boynton. Together, the culmination of individual talent, meshed with their like-minded influences in pop and prog rock, Strange Advance has continued and maintained their unique eclecticism of sound and song.

Nominated for a 1983 JUNO Award as Most Promising Group of the Year and again in 1985 as Group of the Year, their first two albums, 1982's Worlds Away and 1985's 2WO, were Canadian Gold-selling records.

And the songs. Oh, the songs… "She Controls Me," "Kiss in the Dark," "Love Games," "Worlds Away," We Run," and "The Second That I Saw You" still sound like the sweet-tooth brand of dance music like you remember. Their crisp, precision-tooled work shows the group were masters of unleashing wave after wave of melody with songs of bittersweet chances of love.

“This time Strange Advance has the best combination of players ever,” Arnott promises. “Each one of them is multi-talented and more importantly, super nice. That makes such a difference when having to deal with rehearsals, recording sessions, and of course life on the road. These guys are in this because they love the music and I think it shows in our performances.”

“Perfect Day” is the perfect amalgamation of career musicians creating an instant classic, using their perfected recipe of songwriting.

“I don’t normally write songs ‘about’ anything in particular, but ‘Perfect Day’ was different,” reveals Arnott. “It’s based on the death scene of Edgar G. Robinson’s character in the film Soylent Green. At the time he died, the earth had been ravaged by mankind and in return for volunteering for an ‘early death’, the powers that be allowed the volunteer to go out in style. A good last meal watching footage of the earth in its prime, listening to the music of their choice. In his case Beethoven. It turned out to be Edgar’s last film. He died two weeks after filming of his death scene. Powerful stuff.”

“Perfect Day” is the drastic juxtaposition between the acceptance of death’s finality, set to a groove that permits the listener to find the good in the vibe. Detailed lyrics that both metaphorically and categorically sum up the concession of inevitably, “Perfect Day” boasts licks, synths, and electronica 80s rock that sends the message home on a voyage of blissful hooks and melodies. It’s okay to permit the cease of existence. Just do it in style.

“My favourite thing in the world is writing songs,” Arnott says. “It’s always an adventure. I collected so many songs that stood the test of time and I was afraid that no one would ever hear them. So, Strange Advance 4. And playing live”.

Strange Advance are giving you the power chords to dance away the difficulty on a cut that makes the sad seem much more manageable.

To sum up: they’ve offered you a “Perfect Day.”