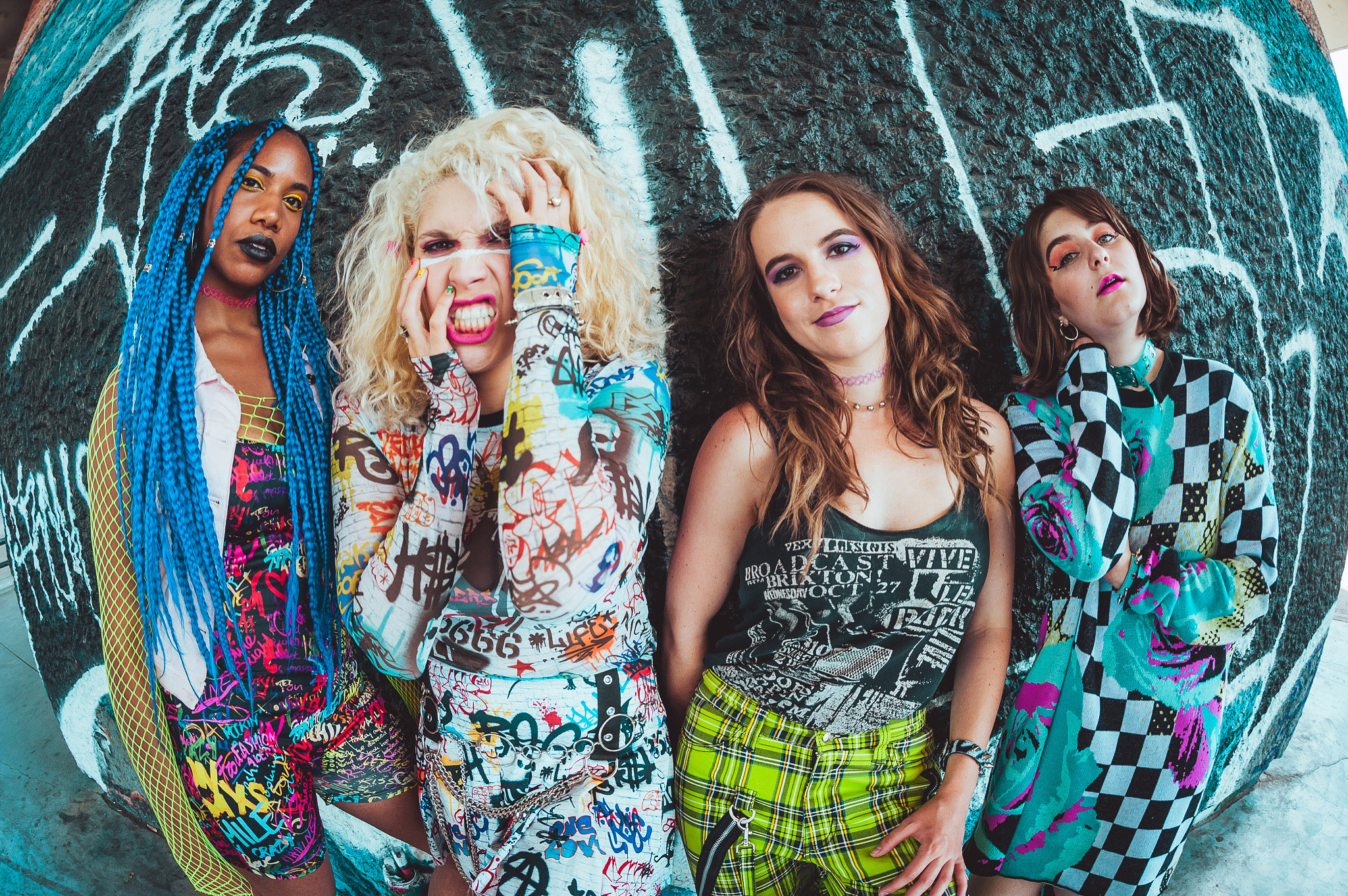 Canada’s reigning queens of grunge-pop punk are back with an aggressive and immersive new anthem in “Clowns For President” — check it out on YouTube here:

The glorious 4-piece from Quebec swing truth bombs like axes in this pulsating follow-up drop. Refusing to back down, to be censored, or controlled, Bad Skin slices through the narrative and beguiles the listener in a race against conformity; a punk quid pro quo in sending the message that Gen Z is awake, and paying attention to the global society around them. And punk is here to save the day.

For Dope (lead vox, rhythm guitarist), Caro (lead guitar), Aurély (bass), and Christine (drums), the idea behind the track came from real-life anecdotes from friends forced into situations where they felt incapable of saying “no.”

“We wanted to share with our fans that it’s okay to say ‘no’, even when it’s not easy,” says Bad Skin. “Of course with everything going on right now with the COVID situation, we had to pursue that idea at its largest!”

No doubt the message couldn’t have been larger — or louder — than the group revving up the female punk scene bop after bop. Dope’s husky vox commanding “no government” is a near-nod to Pussy Riot; her attitude is a melding pot of Peaches and Dolores O'Riordan. Caro’s expert punk licks lashed around Aurély’s rumbling bass lay the framework of anarchist punk rock. The track is committed to its rapid tempo thanks to Christine who refuses to back down from the haul — her epic throwdown of the beat snaps together with a familiar nod to original punk masterminds who defined the genre.

“Clowns For President” wouldn’t be complete with a Bad Skin video to accompany the track. As gritty, dark, and hasty as the song, the track delivers on dark visuals to tell the rest of the story.

“For this video, we went completely in another direction from our past videos,” the band explains. “It’s darker and more serious but still with our Bad Skin touch. The video was shot in half of a day and we added actors for the first time. Such an amazing experience! We have a wonderful professional team and we couldn’t ask for more!”

As the group continues to lay down the singles one after the other off their sophomore release, Live Fast Die Punk, they’ve recently announced a slew of 2022 dates, as well, presented by IndigoBravo Promotions. Bad Skin will take the stage overseas on a UK blitz this coming July.

A band raising their voice for the voiceless, talented and brazen, refusing to back down, bow down, or explain themselves, Bad Skin isn’t afraid to call it like it is or say it like it is; refusing to comply or conform.

Even if they’re calling them “Clowns For President.”