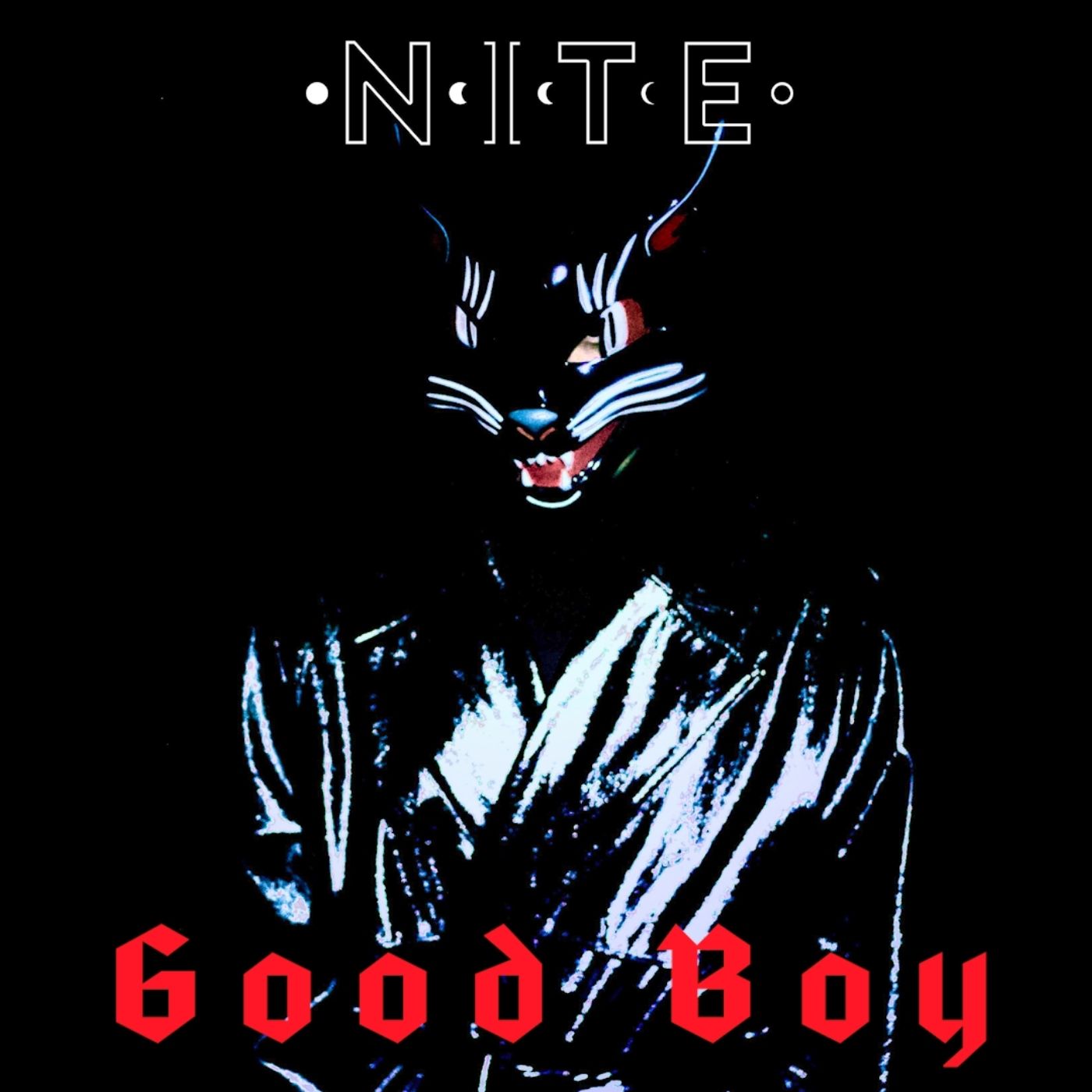 From burgeoning rock that rolls into a thrashing metal anthem surging with the fire of enough 80s synth to power 100 suns, Dallas-based dark wavers NITE take the day with the release of their new single, “Good Boy.”

“Good Boy,” the band — aka the twin mastermind duo of Kyle and Myles Mendes — says is an anthem about saying no to addiction and unhealthy relationships.

“Since the instrumentation set up the song to be more grungy, we wanted the lyrics to be playful — almost vindictive,” NITE explains. “Twisted Sister’s ‘We’re Not Gonna Take It’” was a reference for how we wanted the chorus to sound; we wanted to repeat a strong and spiteful message.

“We paced in circles writing the lyrics, while Myles’ black cat knocked everything he could off the table at our feet,” they continue. “He may have inspired the title and chorus — and he is featured in the ‘Good Boy’ music video.”

The visual component is a dark testament to the resounding emblematic “Good Boy” lyrics. NITE doesn’t intend to hide in the shade, but rather embrace the blackness of shadow from the song itself.

“We were influenced to delve into the horror drama by playing the video game, ‘Dead By Daylight,’ with our friends. This is a horror/survivor game featuring killers like Michael Myers, Freddy Krueger, and Ghost Face.

“We also researched classic horror films like The Texas Chainsaw Massacre, Halloween, and Saw, which inspired us to create our own Killer. We chose our Too Spooky mascot to be the Killer: a black cat with a wicked, red smile.

“Dressed in all black and wielding a knife, we think he fits the archetype perfectly.”

The fusion of the new song came together in NITE’s own home studio, where their creativity was able to thrive in their own developed spaces.

“Both of us have our own home recording studios where we track our instruments and vocals,” the band shares. “The bass riff was the first instrument we tracked for ‘Good Boy.’  It set the tone for a dark, gritty dance anthem.

“After the instrumental was completed, we tracked our drummer, Phil Helms, in our rehearsal space. We hope that we captured the intense energy we express on stage in the recording.”

As an electronica-infused dream-rock band dominating musical and lyrical soundscapes with swooping industrial undertones and electric guitar overtones, NITE has already garnished bigwig accolades, and praise. Having shared stages alongside Small Black, The New Division, DREAMERS, The Griswolds, Clean Bandit, Midge Ure, Modern English, and more, their Sleepless album dropped in 2020 (Cleopatra), followed by the album’s remix in 2021. Their dark wave cover of Alice in Chains’ “Would?” foreshadows what they call a new darker direction for the band’s intended musical journey to come.

And as we wait for NITE to come with a dream-packed punch of dark, hard, industrial rock, we’re able to dance, groove, and embody this latest single.