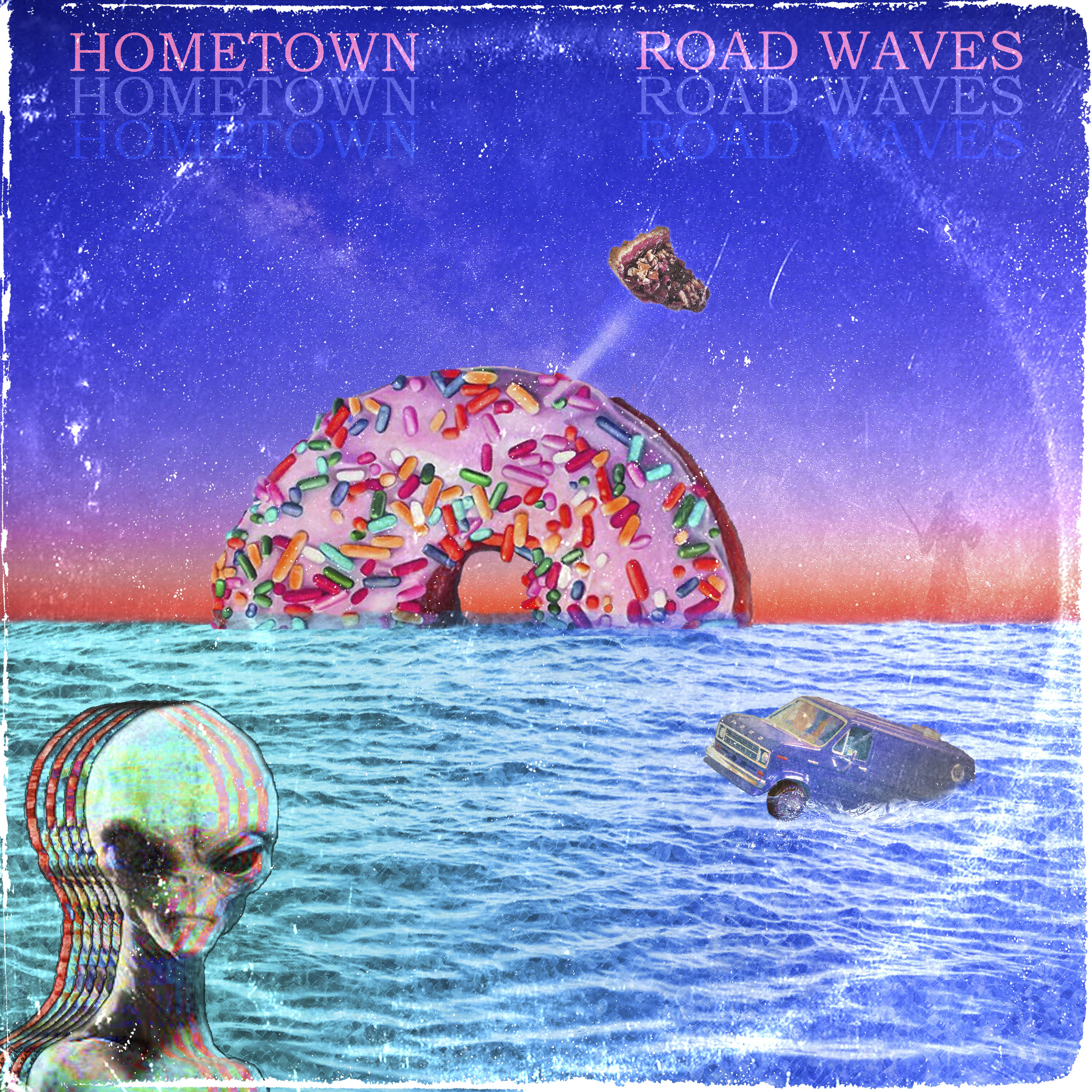 Niagara Falls, Ontario has been harbouring some sensationally psychedelic soul in the form of Canadian band Road Waves and their funkalicious new single, “Hometown” – check it out on YouTube here:

“Hometown” is a groovy composition that meticulously meshes aspects of psychedelic rock, jazz, and soul to create a song you can dance to with mesmerizing instrumental depth. The song was written on a hot summer day in 2020 and is a message to fans about the anticipation of connecting again soon through the magic of live music and audience interaction.

Listeners are treated to a delightfully rich sound that evokes an emotional musical response that transports the senses with a robust horn presence and an enviable rhythmic relationship between drums and bass that flourishes effortlessly.

A sense of sophistication is inherently imbued within the Road Waves sound as they swoon audiences with masterful attention to sonic detail typically seen in the most elaborate studio recordings. Sharp musicianship, impeccable genre-blending, and sensational writing chemistry are just some reasons why Road Waves is a band unlike any other.

The latest single inspired Road Waves to assemble an elite pack of musicians who convey explosive energy through the many melodic embellishments that make “Hometown” fresh yet familiar.

On top of the trio that forms Road Waves, Amanda Parker provides stellar backing vocals, while Patrick Smith (My Son The Hurricane) sets the senses ablaze on saxophone, and Mark Rogers (LMT Connection) works his magic on percussion. From there, Joel Visentin (The Lizards) appears on the keys as Andrew McAnsh (Larnell Lewis Band) fills the horn section on trumpet, rounding out with the highly talented Fearghas Gundy (SoundChef) on trombone and Yo Izumita (formerly Road Waves) on bass. “Hometown” was produced in St.Catherines, Ontario with expert sound engineer Russ Donohue of Stonehouse Recording.

Road Waves is comprised of founder Ji ‘Sharp’ Yehia on guitar and vocals, Dave Ruigrok on bass, and Matt Maxwell on drums, and debuted in 2014. Dubbed as a “fun-filled, soul-rock explosion,” Road Waves have been developing their signature style on the road as a band. Their recording experience constitutes two full albums and three massive singles over the five years before the pandemic hit.

Road Waves continues to craft their next project as they stay engaged with their dedicated fanbase and begin touring across Ontario this fall, with a North American tour on the horizon.