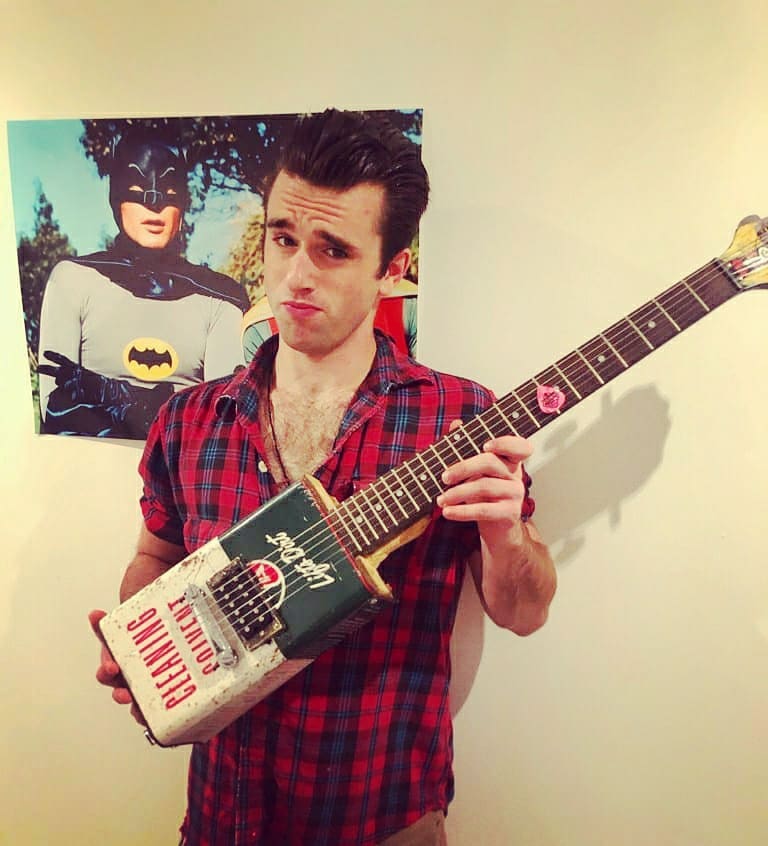 Canadian rock band Melted Fro is wasting no time filling ears with the unique sound of this, their jet-fueled new single, “Lost At Home”.

This filthy blues song takes on the tumultuous relationship we can have internally with ourselves; the idea is to introduce an objective perspective on being an introvert without sacrificing the energy in the music.

Mission accomplished; the epitome of “gutter rock,” the track boasts the sonic equivalent of dirt and grime usually found on an old gem in your grandfather’s record collection.

Melted Fro’s forthcoming and third album, Honey Pot — set for release August 27th — is far more than just a new collection of songs; the EP is an eclectic cacophony of musical emotions that mimic the highs and lows we all endure. You’re just as likely to navigate somber tones accenting more mature themes, as you are to find lightning rock riffs that are sure to please the soul.

Frontman and renaissance musician Kayne Calder knew he had something special on his hands with this release, saying, “I went into it just wanting to make an old school blues album like The Doors’ L.A. Woman, but ended up coming out with something completely different.”

The polished grit of Calder’s latest musical endeavor is the intense effort that comes with being in total control of your sound. Armed with the necessary tools in his signature basement studio, Calder carefully crafts and conducts every meticulous detail to give Melted Fro its unmistakable identity — and with all of the love that only a multi-disciplined singer/songwriter can provide. “I write, arrange, record, mix/master everything myself, so it’s a lot of work, but I really love music. I couldn't imagine life without it.”

Melted Fro was founded through the singular effort of Kayne Calder in the small town of Tweed, Ontario, where his musical journey began in 2013. The evolution of his sound would draw from a range of rock genres all through one singular vision. His sonic operation is now located just outside of Peterborough, Ontario, where he performs live with various members to deliver a hard-rockin’ blues set that is embellished with all of the style and character of Melted Fro’s recordings.