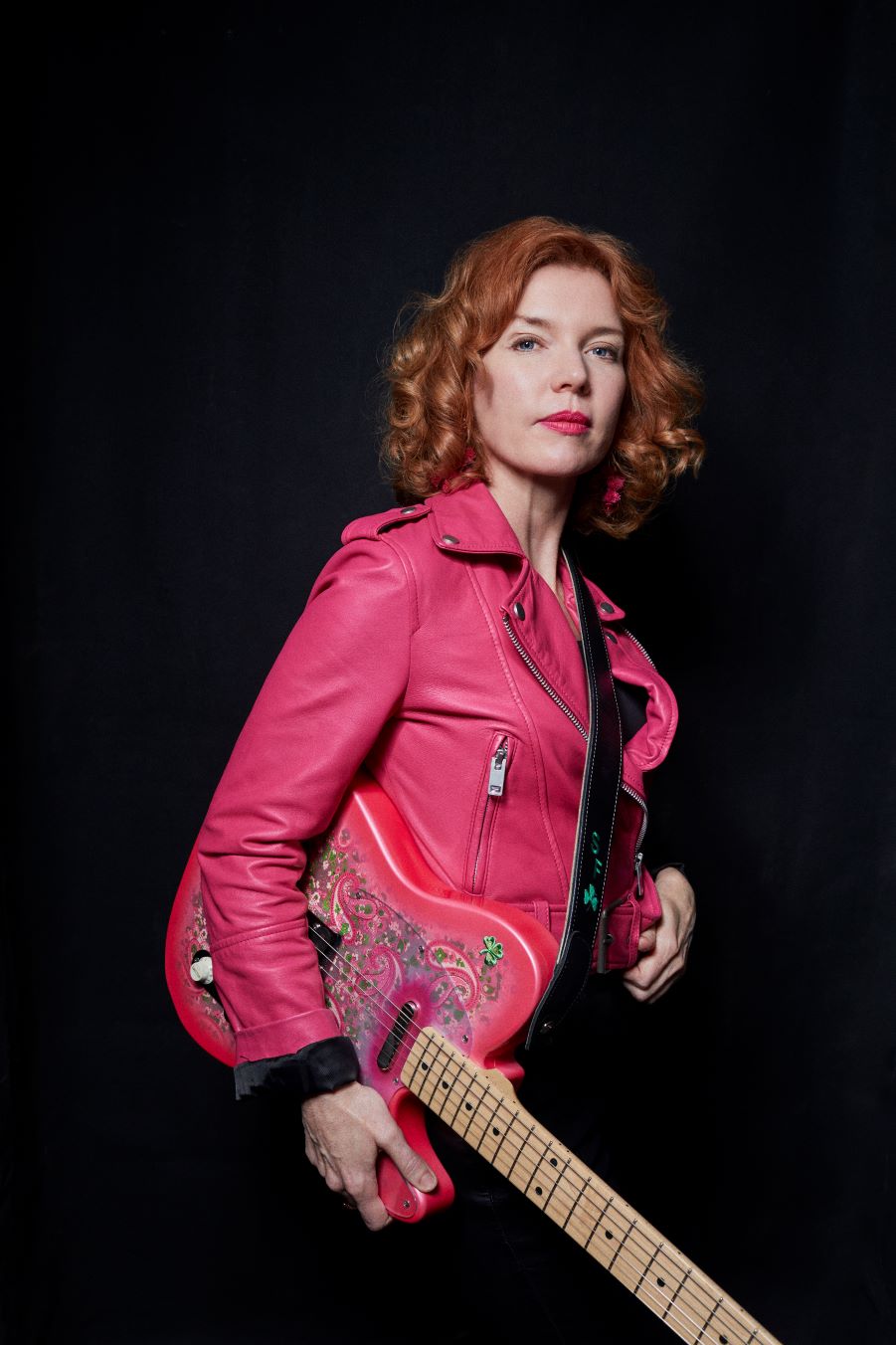 As life turned inward throughout 2020 and now into 2021, everyone has had to learn new ways to live and relate to not only others but to the whole outside world. In some ways, many days feel like we're all back in school again, feeling our way through the new fundamentals of living. Sue Foley's life has been an exploration of the blues and so much more. Leaving Canada as a young player, she knew she had to go where the music thrived. All her years in Austin, and including those when she left to learn new approaches to life, have all come together on PINKY'S BLUES. "The fact that I have ended up back in Austin just seems right," Foley says. My home is Canada and I definitely identify as a Canadian. But I had a yearning for this music and I can't even put my finger on why or how. It got in my soul when I was a teenager. I guess I was open and I got imprinted by the sound and the force of blues music. I saw my first blues show at 15 and I swear I've never been the same. I was lucky because I was able to play with so many legends before they passed away. That direct transmission, as we know, is what it's all about. I have the kind of experience and education that you can't even get anymore. In a way it's a big responsibility to carry the message of these giants. But even more important, it's about finding your own voice within this framework. In blues, that takes time. The beauty of blues, and something I've always loved about it, is that you get better as you get older. I've always been a fan of older musicians. There's something about the message, the life experience, the whole package. If you can keep a good perspective on life, a sense of humor, and a love for what you're doing, you have much more to give. This is when it all really happens."

It for sure is all really happening all over PINKY'S BLUES. Sue Foley's well-loved guitar is stepping up and stepping out, playing the music of the spheres and sharing a love for something so deep and so pure there are no words to truly describe it. Though Foley tries: "I've been on the road for over 30 years. You could call that paying my dues. I've made over a dozen albums of my own. I've raised a child. I've bought and sold homes. I've had great successes and great failures. And all of this just makes my life richer and more colorful. It's funny I keep coming back to the same 30 or 40 albums as my place of inspiration. I keep studying the same artists, over and over again. Freddie King, Muddy Waters, Memphis Minnie, T-Bone Walker, Howlin' Wolf, etc...etc.,... You never really get there. You're just always going. But it's a great trip and I never get tired of playing a slow blues. That's the ultimate." Today, in 2021, Sue Foley is surely one of the ultimate. With Pinky right by her side.

For more information check out:
suefoley.com/